In recent weeks, a shadow has fallen over the picturesque Swiss Alpine community of Lauterbrunnen. Authorities in the popular tourist destination discovered a new crevasse in the Giesen glacier above the valley in September, warning residents that a "large amount" of ice could be in danger of falling off.

Hiking trails below were closed and Lauterbrunnen officials formed a crisis team of experts to analyze and prepare for the potential slide from the lower end of the glacier, located below the north face of the Jungfrau peak in the Bernese Alps. In the event of warm weather, the fallen ice could melt, effectively forming a reservoir that could send a flood rushing into the valley below, they said.

"We are observing the glacier and have ordered a camera to follow its movements," the head of the crisis team, Christian Abbühl, told SPIEGEL ONLINE. "If we notice anything out of the ordinary, then we can reassess the situation." The chunk of ice that is in danger of falling is roughly equal to the size of 12 football fields, he said.

Small chunks of ice have been observed falling from the destabilized glacier in recent weeks, and any larger slides are expected to fall into a narrow mountain valley area below called Trimmleten.

The community insists there is nothing to fear. "The area in question is not inhabited, so no one would be directly affected," Abbühl said. The worst thing that could happen would be an accumulation of water, he added. "The question of how much water is involved, and whether it could lead to a dam breakage, is under review by our team of experts," he said, noting that such a scenario could not be ruled out.

There had been some concern that an abrupt end to a warm weather period could cause a sudden break in the glacier, something observed in "other known similar situations," according to a statement by Lauterbrunnen officials. But this didn't occur. "The situation remains stable with the glacier," Abbühl said.

With winter approaching, the chances of the glacier breaking will become increasingly unlikely until next spring and summer.

'We Live With This Danger'

Lauterbrunnen has already been making headlines with the frequent occurrence of BASE jumping deaths from its surrounding cliff faces. The recent frenzy of news coverage over the glacier warning sparked what community officials in a recent statement called "great agitation."

But some members of the community aren't too concerned. "I've been living here for 59 and a half years," one Lauterbrunnen man told German broadcaster ARD this week. "That's the way it is in the mountains, sometimes things can happen, but we live with this danger."

He added: "If someone is afraid or feels upset about it, then they should move away." 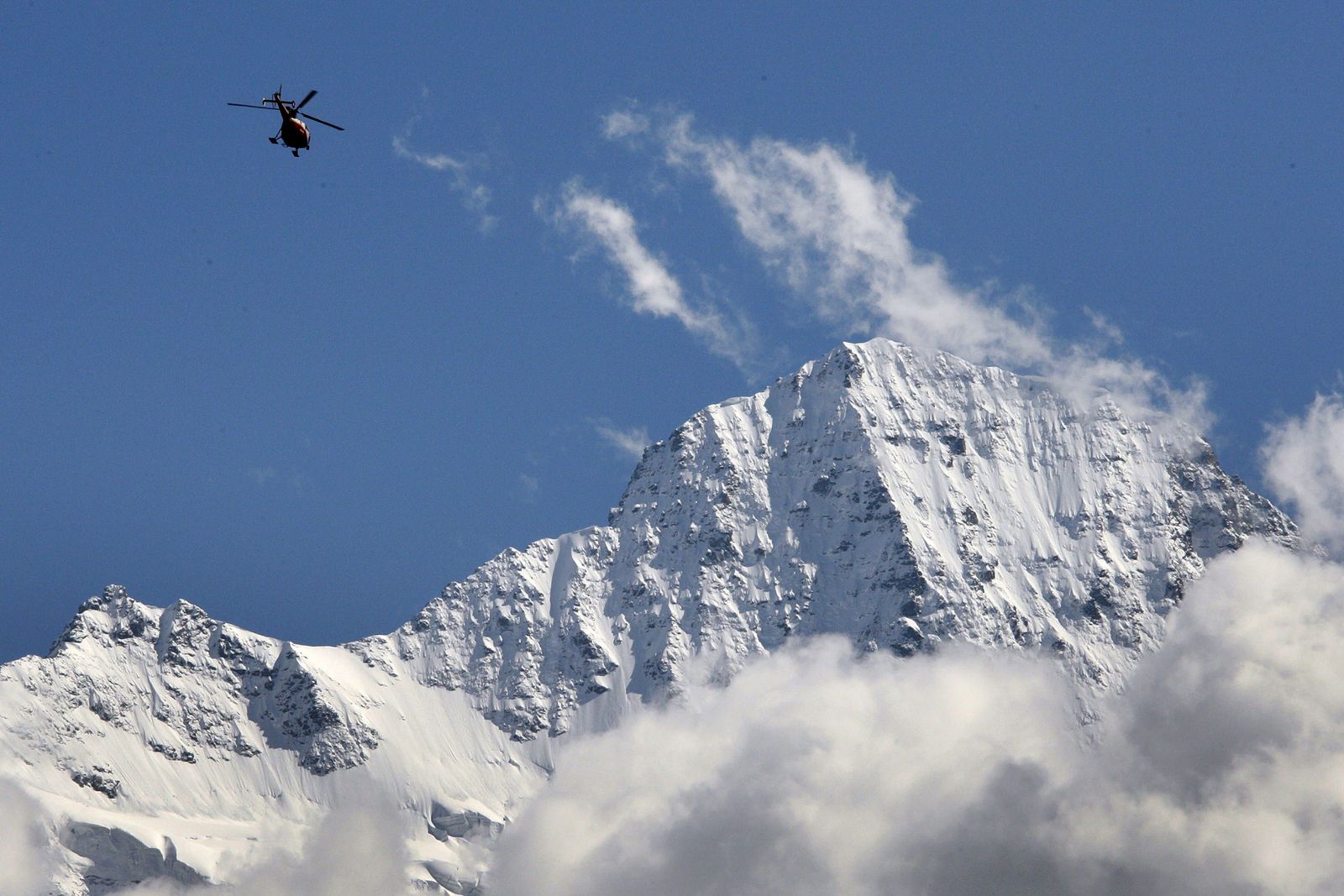 The glacier is located below the Jungfrau peak, shown here, in the Bernese Alps.