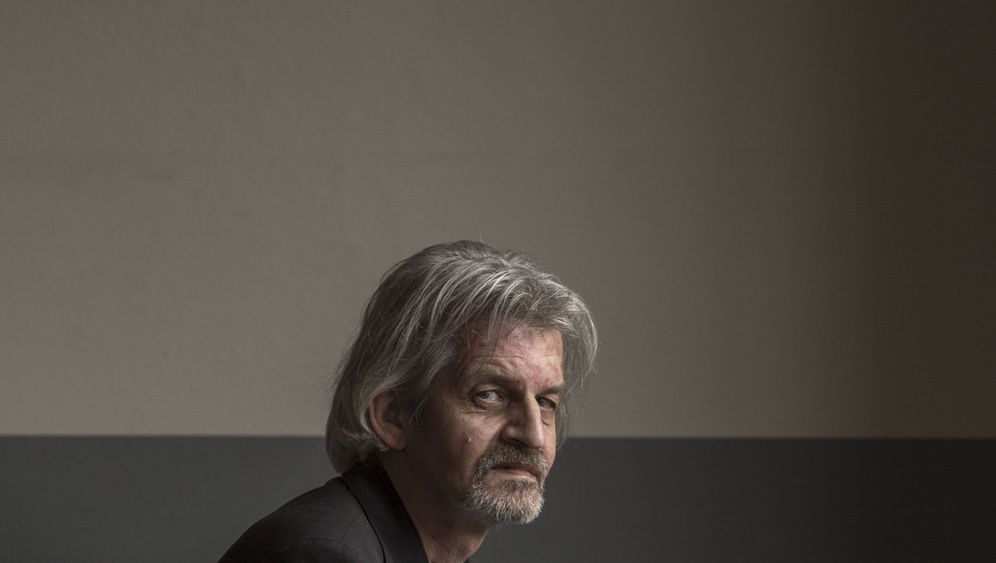 Paul Wilders, 62, is nine years older than his brother Geert, the Dutch right-wing populist best known for his incitement against immigrants and Muslims. General elections are scheduled for March 15 in the country and Wilders' Party for Freedom (PVV) is currently slightly ahead of the party of incumbent Prime Minister Mark Rutte in the polls.

SPIEGEL: Mr. Wilders, for years you did not make any public statements about your brother Geert. But now you have criticized him via Twitter. Why?

Wilders: After the Berlin terrorist attack, Geert sent out a photo montage showing (German Chancellor) Angela Merkel with blood on her hands. It crossed a line. This is no longer political criticism. It spreads hate. My brother knows that some of his supporters take his messages literally, and that they use Facebook to call for acts of violence. Geert doesn't want violence, and yet he accepts the potential consequences of such messages.

SPIEGEL: Your brother portrays himself as the true representative of the Dutch people ...

Wilders: ... and yet few politicians have as little contact with the people as Geert. He simply cannot go out into the street. He and his wife have been living in a secret location for 12 years, and they need permanent personal security. He has already received several serious death threats from Islamists. There is always security staff outside the door when he is in his apartment. He needs bodyguards when he goes shopping. They even attend our family events. Geert's world has become very small. It consists of the parliament, public events and his apartment. He can hardly go anywhere else. He is socially isolated and alienated from everyday life. This isn't good for anyone.

SPIEGEL: And yet he is surprisingly popular among the Dutch.

Wilders: He is a master of short messages. And in this complex age, that is precisely what many people want: a simple political vision without any nuance. Geert gives them that. He creates an identity: We, the Dutch people. And he also creates opposite poles: Muslims, the European Union, the elites. Terrorist attacks, refugees and the euro crisis engender fear and dissatisfaction. My brother, French populist Marine Le Pen and others take advantage of this mood and offer seemingly simple solutions: out with the migrants, close the borders, exit the EU. But our problems are far more complex. Geert peddles illusions to people.

Wilders: For instance, in his campaign platform he pledges to close the mosques and ban the Koran. How is this supposed to work, from a practical standpoint? It violates our constitution, which means it would have to be approved by both chambers of parliament with a large majority. Given our political landscape, with its many parties, he'll never succeed. To become prime minister, Geert would need several coalition partners, or he would need the support of several parties in a minority government. He would have to make compromises and break campaign promises.

SPIEGEL: Does your brother really believe what he preaches, or is it all just show?

Wilders: He is a staunch opponent of Islam. But there is, of course, plenty of strategy and thirst for power in the mix. Geert doesn't have much left in life besides politics. His fortunes hinge on his political success.

Wilders: He was a horrible pest, egocentric and aggressive.

SPIEGEL: What did he do?

Wilders: I don't want to reveal any private details, but he was already extreme at the time, even for an adolescent. He has tunnel vision, and he doesn't believe in compromise. You know, my mother lives for her children, and she loves us deeply. But Geert's behavior toward her and my father was so appalling that they seriously threatened to throw him out of the house one day. My brother improved after that. After finishing school, he went to Israel, where he worked in a settlement and became an adult.

SPIEGEL: How did he get into politics?

Wilders: When he was working for a government agency in the late 1980s, he discovered irregularities. He wanted to change things. The two of us spent hours discussing which party he should join. He was neither clearly on the left or the right at the time, nor was he xenophobic. But he was fascinated by the political game, the struggle for power and influence.

SPIEGEL: How did he become a radical opponent of Islam?

Wilders: It was a process that went on for years. In Israel, he witnessed the tensions with the Palestinians. Later, when he was living in Utrecht, more and more Turks and Moroccans moved into his neighborhood, and he didn't like that. As a young member of parliament, he abruptly withdrew from a delegation that was visiting Iran. He felt so threatened that he suddenly rushed from the hotel to the airport and took the first plane home. After Sept. 11, and the murders of politician Pim Fortuyn in 2002 and filmmaker Theo van Gogh in 2004, he recognized that there was a gap in the political landscape, and he began to make a name for himself as an opponent of Islam. Then came the death threats, and when you need constant security because of that, you become even more paranoid.

SPIEGEL: Can he be moderated?

Wilders: In the beginning, we often discussed how far you can go. But it didn't help. When it comes to politics, Geert does not tolerate any contradiction, neither privately nor in his parliamentary group. Many of his old friends have distanced themselves from him.

SPIEGEL: And the family?

Wilders: We occasionally get together for family events, mostly for my mother's birthday. But we never talk about politics then. It's taboo. Everyone knows that if we started a discussion or actually criticized him, he would leave and we would never see him again. He would cut off all contact.

SPIEGEL: With you, too?

Wilders: He has blocked me on Twitter since I criticized him in December. That's how it goes with him. Those who contradict him are punished. There is only black and white for Geert, and nothing in between. But I couldn't remain silent. There is more at stake here than these elections. It's a question of whether we seal ourselves off, close the borders and discriminate against people because of their religion or their different opinions. I recently walked past a group of young men. Suddenly they shouted: "We'll pay you a visit after the election and settle some scores."

SPIEGEL: Are you also under police protection?

Wilders: No. I want to lead a normal life and not be caught in a trap like my brother. He will probably need security for the rest of his life. And even if he loses the election, he has to keep doing what he does. What else should he do? There is no turning back. I pity him.

SPIEGEL: Do you even love your brother anymore?

Wilders: Of course. Politically I disagree with him completely. But he is my brother. I believe he is unhappy. That makes me unhappy, too. 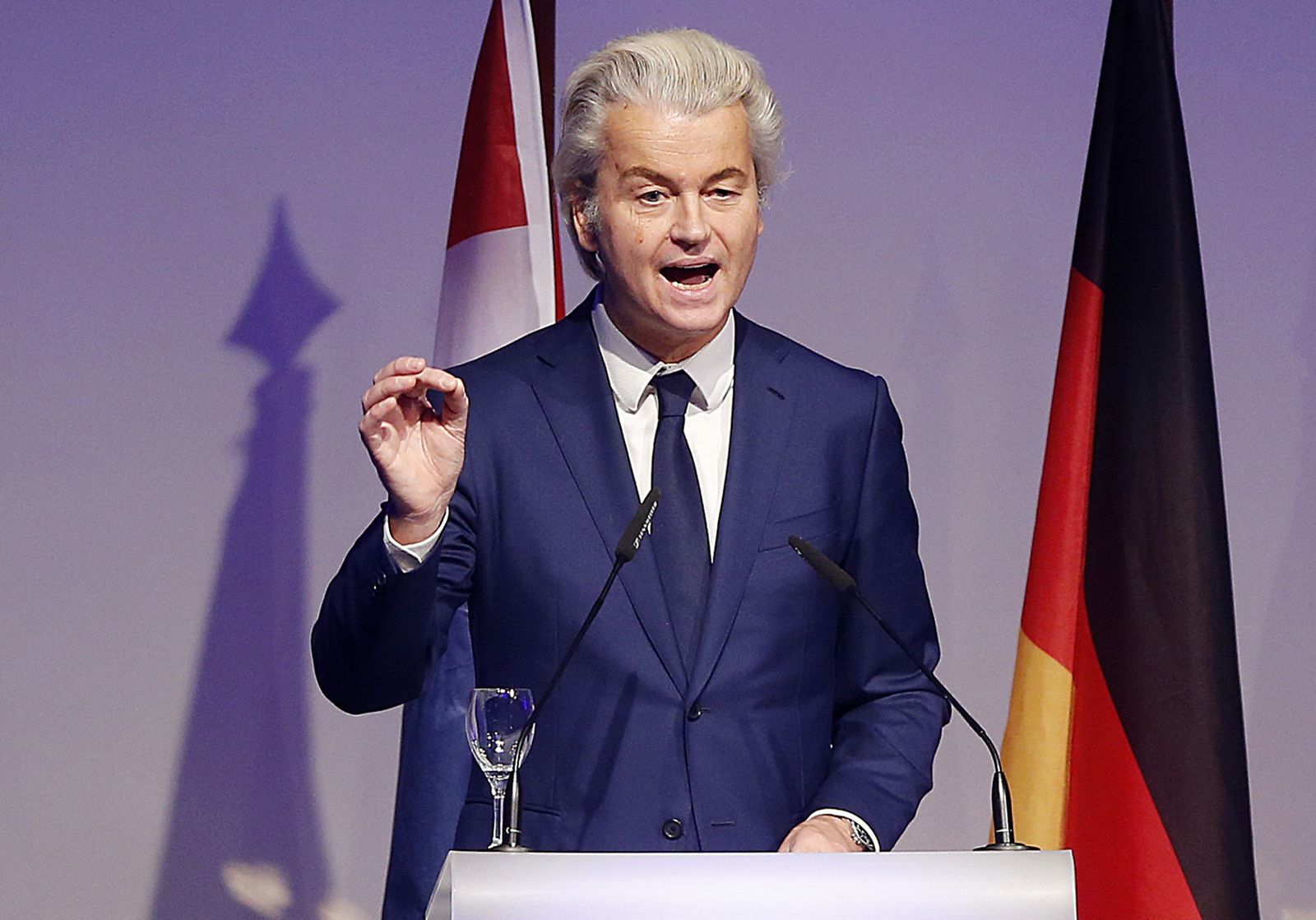 Speaking of his political style, Paul Wilders says, "When it comes to politics, Geert does not tolerate any contradiction, neither privately nor in his parliamentary group." Even as a child, Paul says that Geert had "tunnel vision, and he doesn't believe in compromise."