Toulouse is under a state of siege. The suspected killer of three soldiers as well as three children and one adult at a local Jewish school is heavy armed and has been holed up in his apartment for hours on Wednesday. Police have surrounded the complex, and thousands of people are following the drama as it unfolds on their television screens.

Who is Mohammed Mareh, a 24-year-old French citizen of Algerian descent suspected of having shot seven people dead? Although little is known about him, officials in France and elsewhere in Europe have been grabbing people's attention with their first slim details. Mareh appears to exactly match the profile of the kind of perpetrator that investigators, including those in Germany, fear the most: the lone wolf. Despite all the efforts that the police and intelligence services have made toward hunting down possible terrorists, they are still impotent when confronted with this kind of perpetrator. 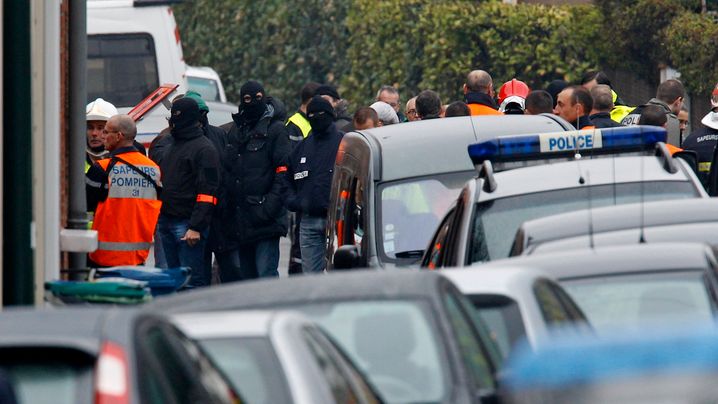 In Germany, an example of this kind of deadly lone-wolf perpetrator came with the first successful domestic Islamist attack in March 2011. Arid Uka, an ethnic Albanian originally from Kosovo, was enraged by a video posted online that purported to show US soldiers raping Muslim women. He got hold of a weapon on the black market within the next few days. Soon thereafter, he waited for a group of US soldiers at the Frankfurt airport. He asked one of the men for a cigarette -- and then opened fire, killing two Americans before his gun jammed.

Uka's case provided the perfect example of a perpetrator who appears to come out of the blue. Uka was devout, but hadn't gained any notice for radicalism or violent tendencies. His radicalization through an online video, which was actually a scene from a Hollywood film taken out of context, happened so quickly that hardly any officials became aware of it in time. In May 2011, Ernst Uhrlau, the then head of the Germany's foreign intelligence agency, the BND, summarized the situation this way: "We must currently be particularly vigilant against lone perpetrators who don't come out of structured organizations, but instead want to do their part for jihad through acts of punishment."

The current suspect in Toulouse shows parallels to Uka. He is different, however, in that he reportedly spent time in terrorist training camps in Afghanistan and Pakistan a number of years ago. According to Afghan reports, he was located in the southern province of Kandahar in September 2007 by the country's intelligence agency, the National Directorate of Security (NDS).

Merah was then sentenced to three years in prison by an Afghan court, though the son of a French father and Algerian mother was soon free again. He and hundreds of other inmates, including high-level members of the Taliban, reportedly escaped during an attack on the Kandahar prison in June 2008. But the press office for the government of Kandahar province has denied this claim, according to French daily Le Monde.

Merah told French police that he belonged to al-Qaida, but there has so far been no independent confirmation from the terrorist organization. In the past, al-Qaida claimed responsibility after the fact following several attacks by Islamist terrorists -- including, for example, a massacre committed by a US soldier that killed 12 soldiers at the Fort Hood military base in November 2009.

If the reports about Merah's trips to Afghanistan and Pakistan are true, then he would belong to a different category of perpetrators: the so-called traveling jihadists. In Germany alone, around 250 people are known to have traveled to the Pakistani-Afghan border area since the 1990s, where they are believed to have obtained training at camps set up by terrorist groups.

This type of perpetrator has already struck in Europe. In December 2010, a suicide bomber blew himself up in the Swedish capital Stockholm. No one was killed at the time other than the perpetrator, a Swede of Iraqi origin named Taimour Abdulwahab. He, too, had become radicalized in Europe before traveling to an al-Qaida training camp in Iraq with the aim of becoming a mujahid.

From that point on, he remained in close contact with al-Qaida in Iraq, even though he carried out the attack on his own initiative.

French Interior Minister Claude Guéant made similar comments about the Toulouse perpetrator. The suspect, he said, "had connections to people who support Salafism and jihadism."

A Fiasco for Frence Intelligence?

In the case of the Swedish bomber Abdulwahab, the radicalization process lasted a number of years. More than three years before the attack in Stockholm, he already drew attention to himself in a mosque because of his extremist statements. The case of Mohammed Merah is also similar in that respect. Another parallel is that in both cases, family members knew about the attackers' plans. The French domestic intelligence agency DCRI had had the suspected Toulouse perpetrator under observation for years. But they never uncovered any evidence that the man could be planning a crime, Guéant said on Wednesday.

The case threatens to turn into a fiasco for the French authorities. Apparently Merah was able to travel to a terrorist camp in Afghanistan and later return to France unmolested, despite having been arrested and having subsequently escaped from prison in the meantime. Although the events brought the man to the attention of the intelligence agencies, they fatally underestimated the threat he posed.

The seven deaths over the past few days are a tragic reminder that the Western intelligence services may be able to observe suspected terrorists, but they are not able to control them. 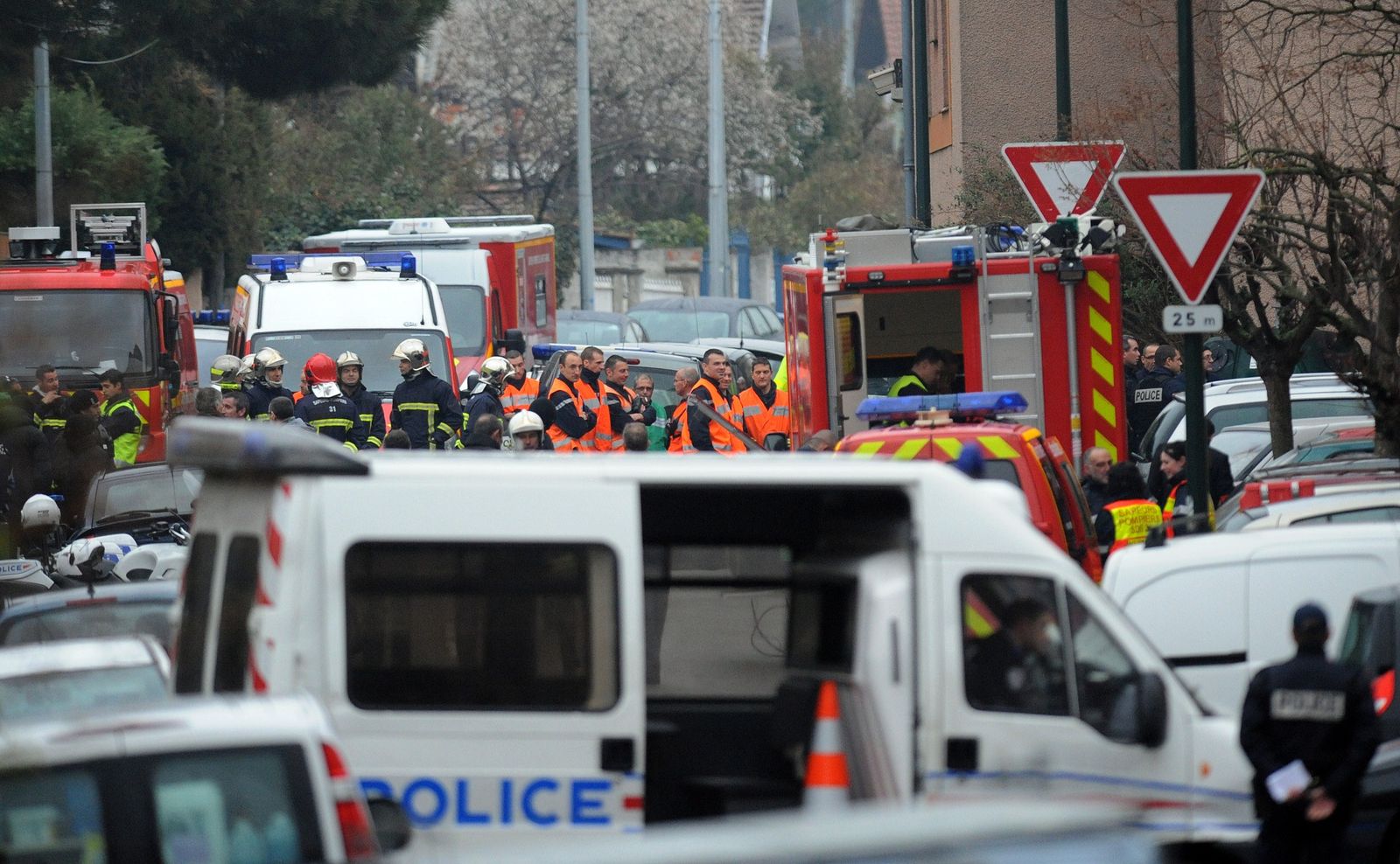 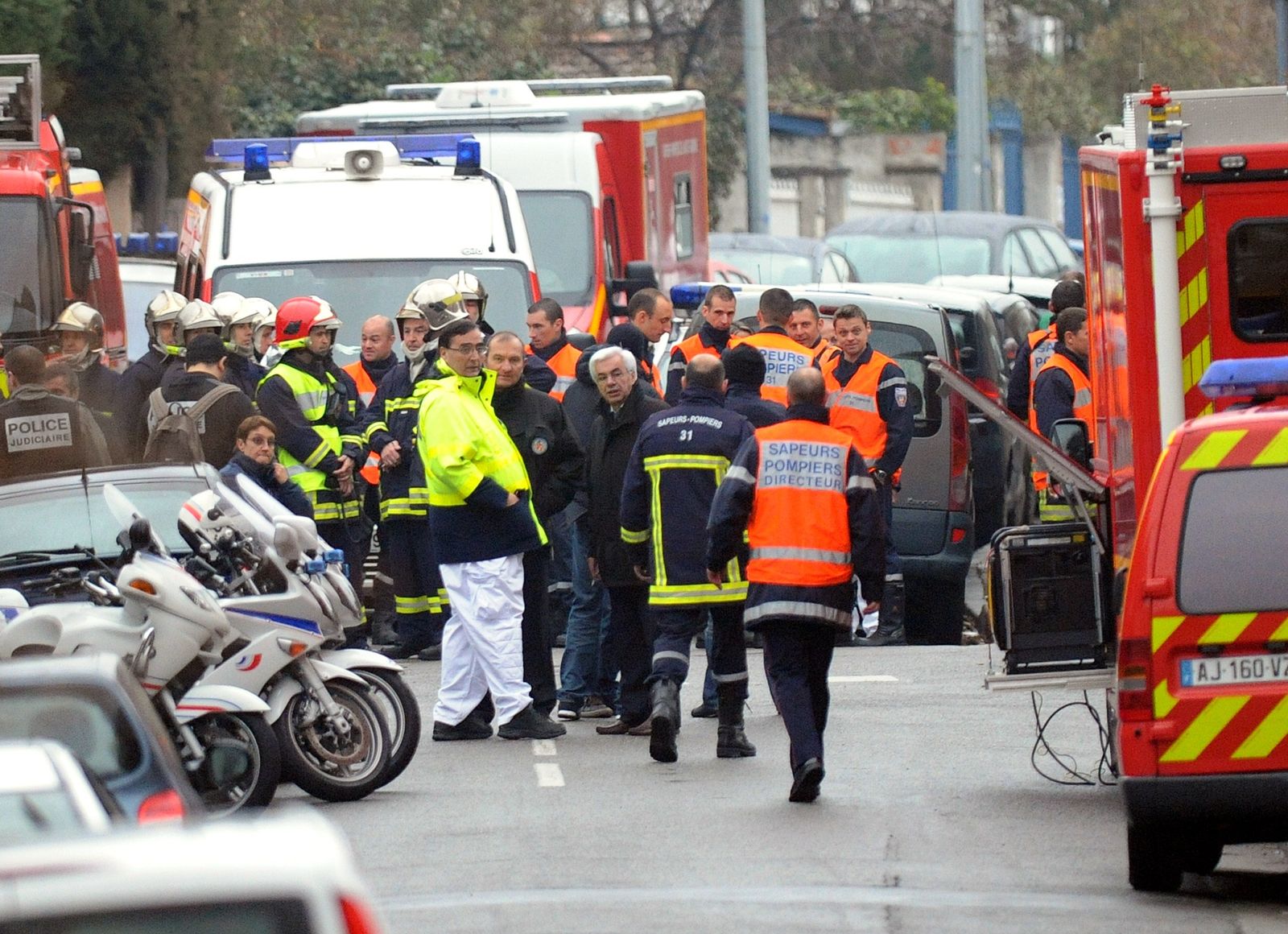 Hundreds of police laid siege to the apartment building in the Rue du Sergent Vigné where the suspect was holed up.