The big moment almost fell through at the last minute. Thirty minutes before Mario Draghi planned to announce a turning point in the two-and-a-half year drama to rescue the euro, the fire alarm in the Euro Tower in Frankfurt went off. The elevators in the entire European Central Bank headquarters were placed out of service and two fire trucks arrived at the scene. It turned out to be a false alarm and the emergency vehicles drove away a short time later.

It added a bit of tension that the central bankers could well have done without. There had already been enough pressure in the run-up to what may have been the most important meeting in the ECB's history. The 22 members of the ECB's Governing Council had to decide on a program that many experts believe is no less than the solution to the euro crisis -- but which others are viewing as the greatest sin yet committed within the common currency zone.

Following Thursday's decision, the ECB now plans to purchase sovereign bonds from crisis-plagued euro-zone countries in unlimited quantities. Given that the ECB can literally print money, it essentially has unlimited means to buy bonds, thereby, it is hoped, driving down yields on those securities and lessening the interest rate burdens of the affected countries. ECB President Draghi said the Governing Council had approved the plan with an "overwhelming majority". Jens Weidmann, the head of Germany's central bank, the Bundesbank, had opposed the move, but he was ultimately outvoted.

Reactions to the ECB's move varied on Thursday. Financial markets and the International Monetary Fund welcomed the decision. But skeptics of the plan, particularly those in Germany, expressed their reserve. Chancellor Angela Merkel declared that such measures could "not replace" political activities within the currency zone. Bundesbank officials also expressed their displeasure with the development. Weidmann has been warning against the program for weeks now, and on Thursday he became the only member of the Governing Council to vote against the bond-buying program. In Weidmann's view, bond purchases through the ECB "are too close to state financing via the money presses," a Bundesbank spokesman said.

The debate over the purchase of sovereign bonds may at first appear to be a technical one, but in truth it is about something far more fundamental: European unity. Of course, it is also about money. In the future, will the euro remain the currency in which we pay our electricity bills and our mortgages? And what value will the euro still have over time if the central bank is able to make money materialize out of nowhere -- the same money most Europeans work very hard for -- and then pass it on to financially troubled governments?

Draghi has obligated himself to answer the first question with a "yes". "The euro is irreversible," the Italian said, and he wants to make that clear to investors and financial markets with the new bond-buying program. A kind of self-fulfilling prophecy had taken hold on the financial markets in recent months -- everyone was expecting things to get worse, and so they did. That led to the situation where countries like Spain and Italy were forced to pay ever-higher interest rates when they attempted to borrow money by issuing bonds.

The ECB president said the high yields are the product of "unfounded fears" on the part of many investors. Now, he said, the ECB needs to "break these expectations." The first evidence that it may succeed in doing so could be seen in recent weeks after Draghi first hinted at the possibility of a bond-buying program at the end of July. Since then, bond yields have been slowly dropping. The bank is calculating that just the prospect of a large-scale ECB intervention will be enough to lower interest rates and that, in the best case scenario, it won't actually have to buy bonds. The announcement itself could be enough to calm investors.

But what if it isn't? Then the ECB will be forced to go down a path that is paved with risks. Europe has never seen a program like this before, and it is almost impossible to predict the consequences. Critics of the program are focussing on three main points:

On Thursday, Draghi attempted to refute all of these points. Indeed, the new program has been tailored in a way that it already addresses much of the criticism.

'The ECB Will Retain Its Independence'

He also took pains to address concerns the ECB is giving up its sovereignty in decision-making. "The ECB will retain its independence throughout," Draghi said on Thursday. It almost sounded like a mantra. Still, it can't change the fact that the central bank is actually yielding a piece of its independence. That is inevitable -- the simple fact that the ECB is linking its market interventions to the ESM's restructuring program makes it vulnerable to pressure from member governments. But that is probably the minimum price Europe will have to pay to save the euro.

It is also still uncertain whether the plan can actually be implemented for legal reasons. The answer is likely to come next week when, on Sept. 12, Germany's Federal Constitutional Court is expected to rule on complaints against the creation of the permanent ESM bailout fund. The ECB's bond buying program can only commence if Germany's highest court rules that the ESM is compatible with the German constitution. If the court rules against the ESM, those seeking to save the euro will have to go back to square one and drum up new ideas.

Asked by a reporter on Thursday what he would do if the court rejects the ESM, Draghi offered an unsurprising answer. "We really have taken these decisions with total independence," he said. 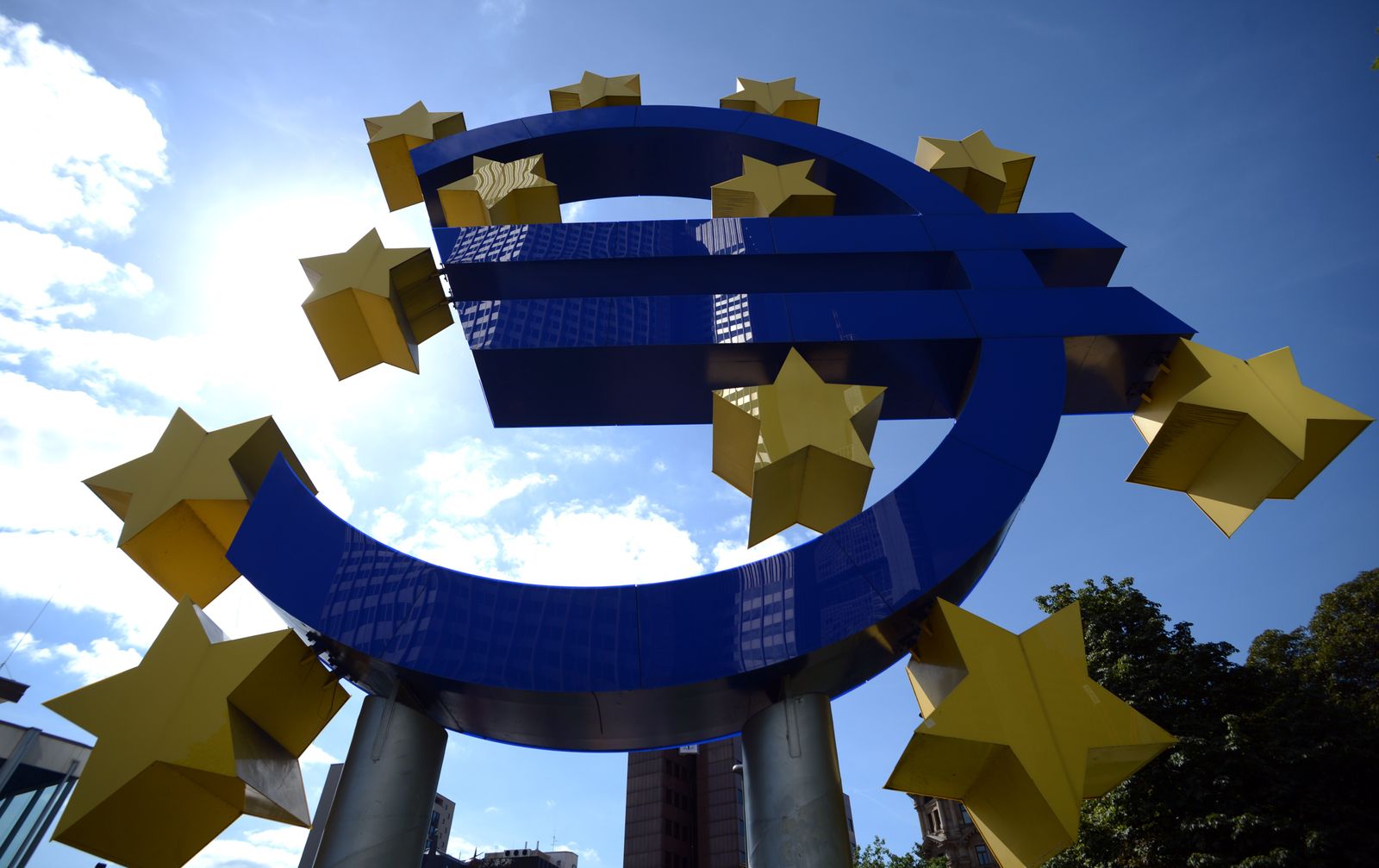 A sculpture of the euro symbol stands in front of the European Central Bank headquarters in Frankfurt: The ECB is pulling out the bazooka to save the common currency.