On the night of his victory, France's new president seemed tired and overwhelmed by the magnitude of his new office as he pushed his way through the crowd towards the stage in Tulle, his electoral district in southwestern France.

The setting for his victory speech could hardly have been better. He stood before more than a thousand people packed into the cathedral square basked in late evening light, a picture postcard view of a rural France where everything was still right. But Hollande looked exhausted and gave a bland speech in which he repeated a few election promises. He pledged to make France a fairer place, and to help the youth. "I take the measure of the honor that's been granted me and the challenge that awaits me," he said.

In the weeks leading up to his victory, something had glowed in him, and it was noticeable in his television debate against Nicolas Sarkozy, where he seemed elevated by the prospect of winning. But on the evening of his triumph, the presidential aura seemed to have evaporated.

In Tulle on Sunday night, Hollande looked deadly serious and suddenly seemed small again. Like someone who has just become aware of the size of the task before him.

The president of France is, after all, an elected king. He sits on a throne above the nation. Tremendous symbolic importance is attached to his office, and it initially dwarfs everyone charged with filling it. The man about whom former president Jacques Chirac said long ago, "More people have heard of Mitterrands' Labrador than of François Hollande," now stands in a line with Louis XIV, Napoleon and General de Gaulle.

The first trappings of this illustrious new office reached Hollande at around 7 p.m. on Sunday night. Helicopters suddenly appeared in the sky above the provincial town of Tulle. Special police secured the square where he was due to hold his speech. When he came to celebrate his victory, his convoy of cars had expanded to a dozen vehicles, he was now travelling like a president. At 6 p.m., Nicolas Sarkozy had signed the order to dispatch the presidential security detail to Tulle, French journalists reported. It was a symbolically significant order because it contained an admission of defeat.

After his speech, Hollande's convoy sped to the airport of Brive 55 kilometers away, where another crowd welcomed the " président élu," the president elect. His car drove past them and onto the airport ramp. But before he took off, he returned to the barrier and shook hands with people. Behind him stood his partner, Valérie Trierweiler. She is France's first unmarried First Lady, and she appeared not yet to have embraced her new position. When a journalist asked her later that evening: "Is this not the most beautiful day of your life?" she quickly replied: "No."

It was half past midnight when Hollande finally appeared before the jubilant crowd of 300,000 on the Place de la Bastille. His voice was hoarse and thin. "I have understood your desire for change," he said. "Thank you, thank you, people of France, for coming here." He pledged to repair rifts, correct mistakes, unite. But he seemed exhausted. When he left the stage, he said to journalists: "Well, I'm going to sleep now." His fans, his voters, the assembled Left, went on partying through the night, celebrating their president whose work is about to begin. François Hollande must now find his role.

How Will Hollande Get On With Merkel?

He is the second Socialist president of the French Fifth Republic. The first was François Mitterrand. Hollande modelled himself on Mitterrand in his campaign, he embodied him in his stump speeches to the point of imitating him. He would be a "normal president," that was the central message of his candidacy. What he meant was that he would be the opposite of Sarkozy. He promised to leave the day-to-day administration of France to the government, as was the practice before Sarkozy. And he wanted to be the opposite of his predecessor in every other respect as well.

He promised to promote social justice and to help disadvantaged youths in the banlieues, the working class suburbs of large French cities. And in recent weeks, his campaign had increasingly focused on the central leitmotiv of resistance against Europe's austerity policy. Hollande's speeches adopted an almost messianic tone on this issue -- he promised the peoples of Europe that he would free them from the yoke of austerity and thereby from the clutches of Angela Merkel, the ally of his opponent Sarkozy. On Sunday evening, Hollande said in Tulle: "Austerity is no longer a fate." He said he would "tell Germany that, in the name of friendship that binds us, and in the name of the responsibility we share." And the crowd cheered.

But on Sunday, Hollande was still in campaign mode. He had not yet arrived in his new role and his speeches in Tulle and at the Bastille could hardly be seen as the opening chapter of his presidency. They didn't allow any true conclusions about what kind of a president Hollande will be. He will now begin the process of transforming himself from a candidate into a president. His new counterparts want to talk to him now, on Sunday Barack Obama called him, and Merkel congratulated him -- Merkel, who made it so easy for Hollande to turn her into a bogeywoman by refusing to meet the Socialist candidate during the campaign.

Packed Schedule at Home and Abroad

But now a new era has started. And François Hollande will soon be Angela Merkel's most important partner in Europe. They are due to meet soon, maybe as soon as May 15, after Hollande's inauguration. The meeting will reveal how far apart the two really are in their political thinking, and how far they are prepared to go to push through their respective agendas. Just a few days later, the US will host the G-8 summit in Camp David, then the NATO summit in Chicago, where Hollande said he would announce that French combat troops would leave Afghanistan as soon as the end of this year. And the financial markets are sure to test the new president as well.

Hollande won't get a breather in domestic politics either. Campaigning for the parliamentary elections in June starts now. The Socialists must win a majority in order to secure a government majority, in which case Hollande will have to name his prime minister. Much depends on this election and on his choice. If he chooses party leader Martine Aubry, his opponent in the internal party primaries, he will be opting to veer to the left. If he picks parliamentary group leader Jean-Marc Ayrault, it might be a sign that he wants a more pragmatic government -- and it would be a gesture towards Germany, because Ayrault speaks German and has good links with the SPD.

Given such a packed schedule in his first 40 days as president, it is hardly surprising that François Hollande looked so serious on the evening of his victory. He faces a time of great tests and challenges. They will show what kind of a president he will turn out to be, and how far he can shift from his electoral promises. And whether he can live up to the office seized 31 years ago by François Mitterrand, who became not only a legend of the French Left, but a great French statesman as well. 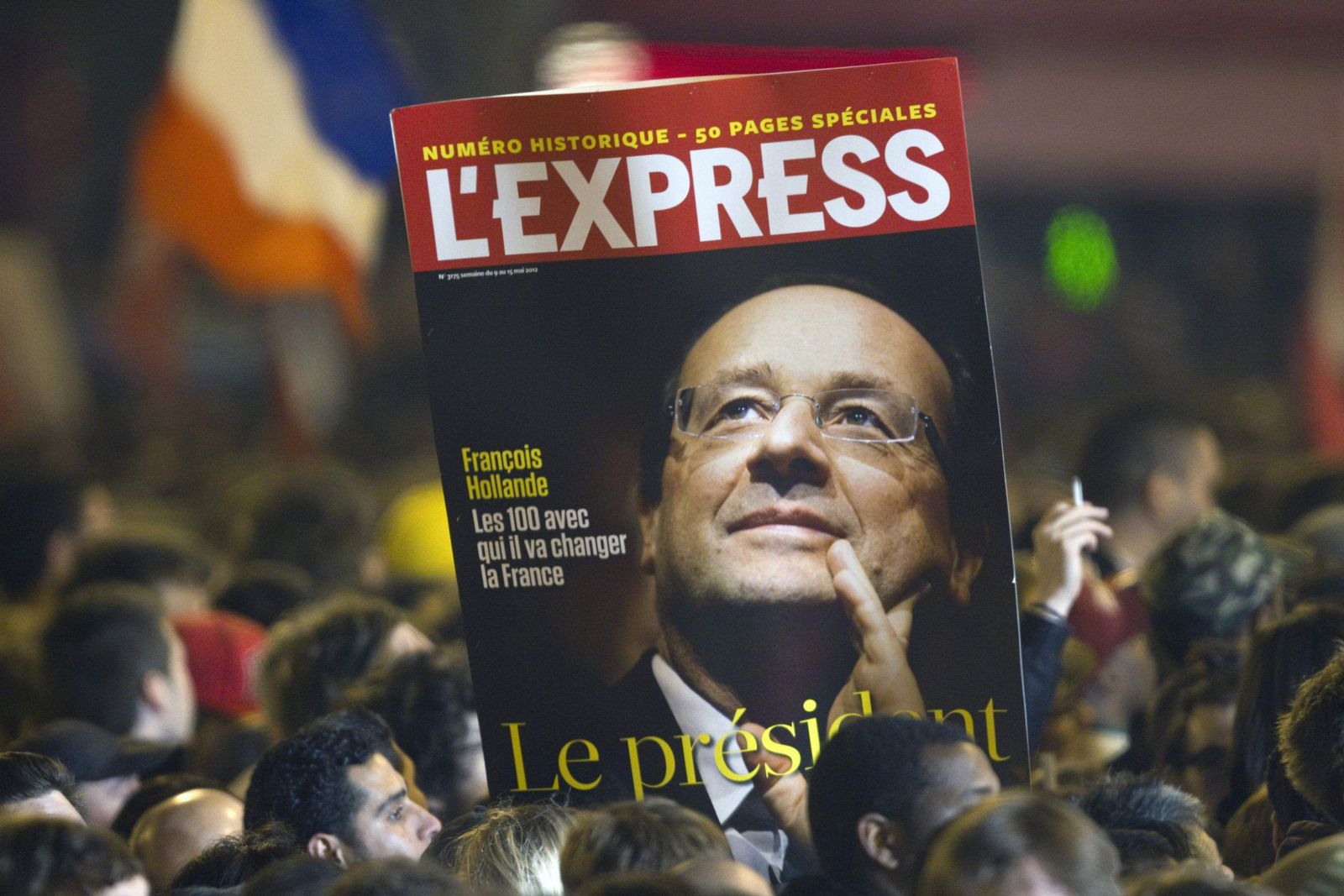