Europe's major banks have never been in quite this much peril. Even when they tore entire economies into chaos and had to be bailed out with taxpayers' billions, their core structure was never called into question.

Now, however, a group of advisors to the European Commission has called for dangerous banks to be split up. They want the banks' deposit-taking business, known as retail banking, to be separated from risky own-account trading in securities and derivatives and other investment banking activities. That is the core message of the report submitted on Tuesday by the group headed by Bank of Finland Governor Erkki Liikanen.

"We must get away from a system in which profits are private and losses are public and burden the taxpayer," Liikanen said at the presentation of the report. The idea is that if the high-risk activities of banks are organizationally separated from the rest of the business it will be easier to let those parts go bankrupt -- without causing the entire financial system to collapse as nearly happened with the insolvency of Lehman Brothers in 2008.

No one knows if the plan would work in practice. But it offers better chances than the current system in which the interconnectedness between retail banking and high-risk own-account trading forced governments to step in to bail large banks out. A bank collapse caused by investment banking losses would automatically have hit lending and damaged the real economy.

Not all banks have cause to be worried. The report that Liikanen wrote in conjunction with experts including former Deutsche Bank board member Hugo Bänziger envisages dividing up banks only if own-account trading makes up a "significant share" of their business.

In a first phase the line could be drawn where the portion of a bank's securities held for its own trading amounts to between 15 and 25 percent of its total securities holdings. Alternatively, an upper limit of €100 billion ($129 billion) could be set for the value of securities held for own-account trading.

"The smallest banks would be considered to be fully excluded from the separation requirement," the report says. Hedging deals on behalf of clients wouldn't have to be segregated either.

But Deutsche Bank, Germany's biggest bank, would definitely be hit by changes based on the recommendations. According to its most recent annual report, it holds €240 million in securities for own-account trading. That doesn't include derivatives trading.

Under the Liikanen proposals, banks like Deutsche would have to be split into two parts. Each would have to refinance itself independently and each would have to satisfy regulatory requirements in terms of equity capital and liquidity. However, the bank would be allowed to hold both units under the roof of a single holding company. So Deutsche Bank as an entity would remain intact.

In Germany too, there are growing misgivings about the power of the financial sector. Many industry leaders such as the head of specialty chemicals group Evonik, Klaus Engel, have expressed concern about the speculative trading of banks, and the sheer size they have grown to.

And even banking legend like former Citigroup chief Sandy Weill recently called for separating investment banking from the business with private and corporate customers.

Germany Getting Behind Bank Split Idea

The center-left Social Democratic Party has seized on the issue. In July, SPD leader Sigmar Gabriel launched a vitriolic broadside against banks, saying they should be split up because they were holding countries to ransom and dictating government policy. Then Peer Steinbrück, nominated as the party's challenger to Chancellor Angela Merkel in the next general election scheduled for late 2013, presented his own detailed set of proposals for banking reform last week. His suggestions were largely the same as those made by Liikanen's group on Tuesday.

Germany's ruling conservative parties are also warming to the idea. On Tuesday, Markus Feber, parliamentary group leader of Bavaria's Christian Social Union in the European Parliament, said there should be a "high firewall" between investment banking and classic customer business.

"Small depositors must be protected in the future from the consequences of the banks' gambling and high-risk deals," he said.

The Liikanen report could also stir the German Finance Ministry into action. Finance Minister Wolfgang Schäuble had been waiting for the EU experts' recommendations.

Even the pro-business, laissez-faire Free Democratic Party, the junior partner in Merkel's center-right coalition, has voiced agreement with the recommendations. The Economics Ministry led by FDP leader Philipp Rösler last week responded to Steinbrück's plan by saying it had already been working on similar ideas.

The banks are already storming the barricades in protest against the proposals. "In the view of the German banking sector, an organizational separation of all trading activities by universal banks would diminish the scope for internal risk spreading," the German banking associations said in a statement on Tuesday.

That means that the riskier part of banks could no longer be secured by customer deposits in the more stable part of their operations.

A separation could indeed be very expensive for the big banks because their investment divisions could no longer rely on public bailouts, and would therefore have to pay far higher interest rates for credit from investors. Many banking operations would no longer be profitable.

It's uncertain whether the Liikanen reforms will be implemented. The legislative process in the US and the UK has shown just how adept the powerful banking lobby is at diluting tough proposals.

That is why Michel Barnier, the European Commissioner in charge of regulation, sounded cautious on Tuesday, saying the report will "feed our reflections on the need for further action." All parties had to be listened to first, he added. The first one he mentioned was the banking sector. 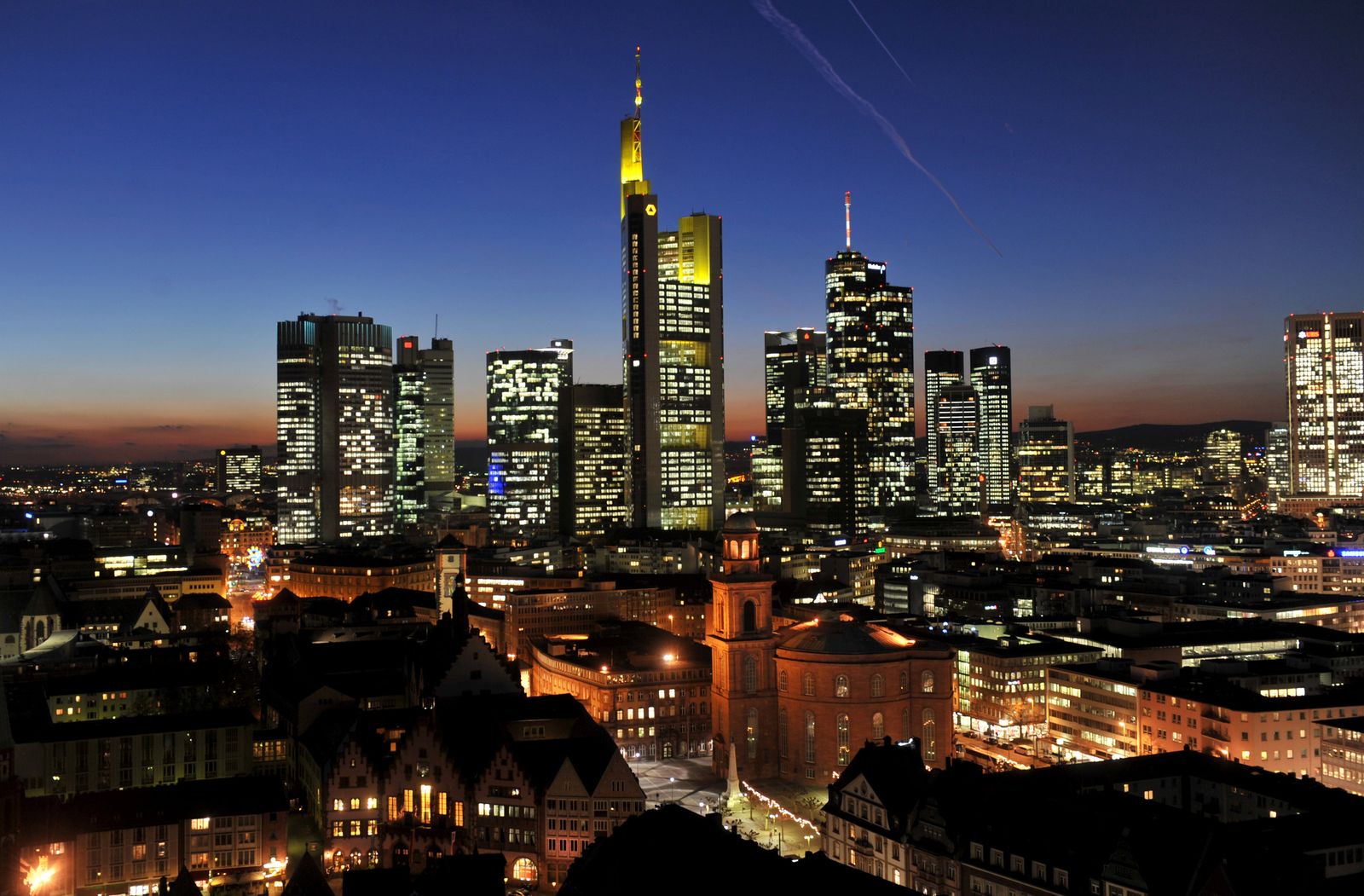 Bank skyscrapers in Frankfurt, Germany's financial center. The banks will fight the recommendations to divide them up.