The Easter weekend was the same as usual in France: Traffic jams on the motorways, mixed weather, hearty dinners -- and very little political campaigning. With just two weeks to go before the first round of voting in French presidential elections, the leading candidates took a short breather.

Nicolas Sarkozy retreated to his in-laws' villa on Cap Nègre, François Hollande stayed at his home in Paris' 15th Arrondissement and Eva Joly of the Greens attended a protest against oil drilling in the Mediterranean on Sunday night. Centrist François Bayrou, who has slipped far behind in polls, toured the island of Reunion.

The candidates used the calm to gear up for the most intense phase of the campaign. Starting this week, all 10 of them will have equal access to television airtime, and on equal terms. The leading candidates on the left and the right will have to share the airwaves with Trotskyists, anti-capitalists and far-right politicians. They will all be given comparable time slots, and none will be relegated to midnight broadcasts.

That alone is reason enough for the pace of the campaign to pick up this week. Sarkozy launched into the final phase last week with his "Letter to the French People," a 16-page "vision of France and its future."

This personal format, borrowed from his Socialist Party predecessor Francois Mitterrand, who called on the French to re-elect him in 1988 in "A Letter to All French People," reads largely like a right-wing manifesto, and portrays a country stricken with dangers, threatened by uncertainties and by the -- unnamed -- Islamic fundamentalism, referred to as an "extremist ideology whose goal is to destroy our Western values."

Sarkozy has returned to his pet subjects of security, immigration and authority -- largely with the intention of drawing voters away from Marine Le Pen's far-right Front National. He's got good reason too, as well. During the 2007 election, he stole voters from the Front National by veering to the right and proposing the establishment of a "Ministry for National Identity." As a result, the far-right group's support slipped to around 10 percent. Five years later, though, support for Le Pen is between 15 and 16 percent. Populist Le Pen is having particular success in attracting young and first-time voters with her attacks on foreigners and immigrants. Many perceive her as an upstanding citizen who is fighting on the country's behalf.

They are voters Sarkozy could need in the end. Currently, Sarkozy challenger Hollande still has a clear opinion poll lead in the second round of voting. Sarkozy's latest shift towards the right-wing nationalist camp came on Saturday in the city of Saint-Raphael.

With his usual mix of aggression and irony, the "people's candidate," as Sarkozy likes to call himself, took on trade unionists, experts and elites. He also had harsh words for Hollande, describing him as a weak and irresponsible candidate who would spend money France doesn't have. "Within two days, he will undo all the efforts of the past five years," he said. Worse yet, he claimed, the Socialist Party candidate wants "families and the middle classes to be cudgelled by taxes" and would lead France to collapse.

After presenting that downfall scenario, Sarkozy went on to warn his listeners against going down Marine Le Pen's precarious and propaganda-lined path. He also resorted to a campaign slogan once used by Bill Clinton. "I feel your pain," the candidate said, "but a vote for the Front National will only make it worse -- not better."

Sarkozy fired his next salvo at the Socialists, accusing them of "thought terrorism," and describing them as the "caviar left" who sent their children to elite schools. "They rant, 'I'm an enemy of the finance world', but then they enjoy visiting the trendiest clubs." He also emphasized the right to talk about immigration and national identity, "so that the issue will not be twisted by those who only know the words hate and fear."

The Front National is sanguine about Sarkozy's right-ward shift. For Le Pen and her supporters, both the Socialists and the conservatives are two different sides of the same system. Thus, the Front National leader is seeking to prevent her supporters from being tempted to vote for Sarkozy as a way of preventing a Holland presidency.

She has warned that it is the wrong alternative because "to prevent the man you don't want to get into office, you would be voting for a man you longer want." 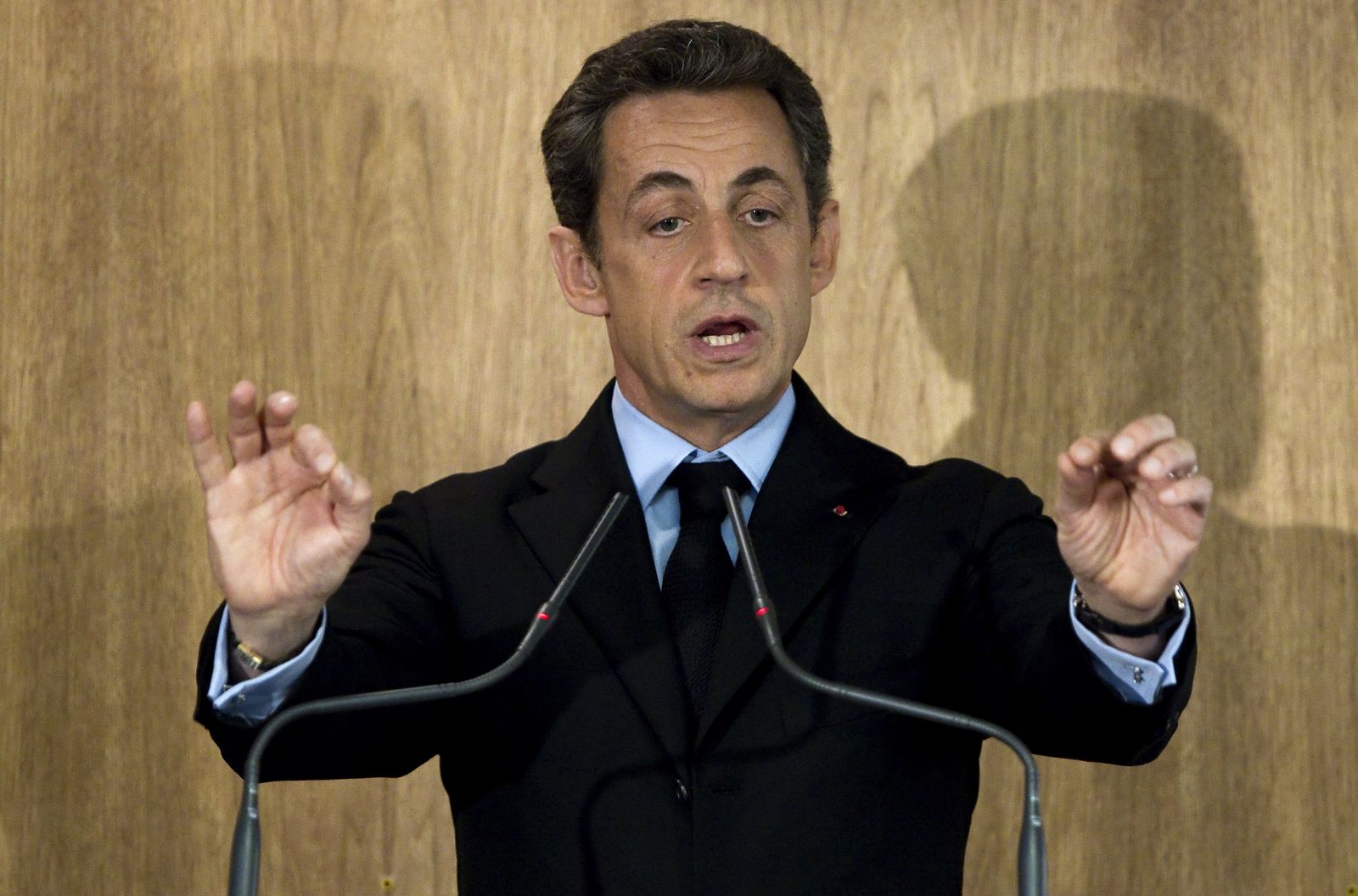 French President Nicolas Sarkozy has returned to his pet issues on the campaign trail: Security, immigration and authority.