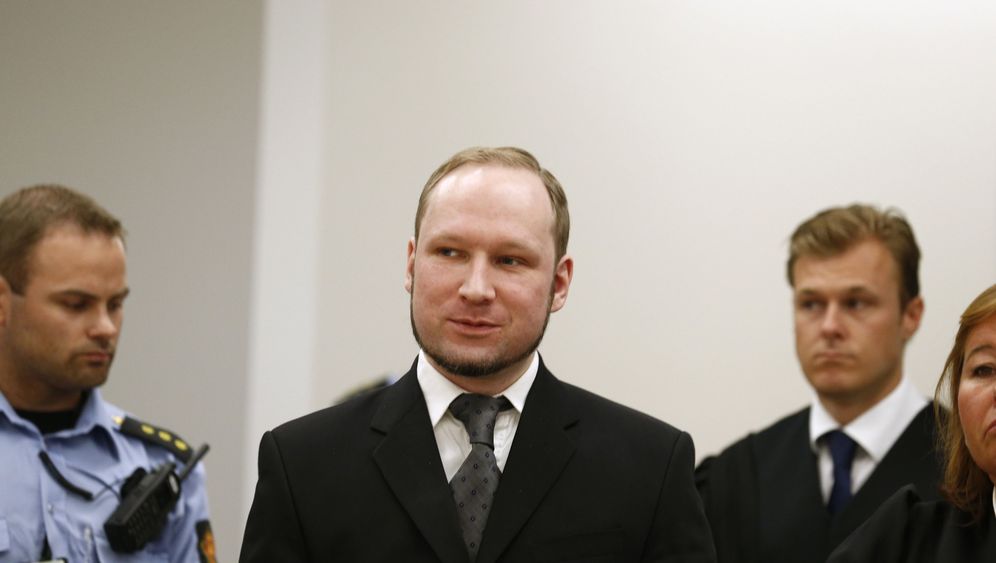 Defeat for the two prosecutors came at the moment of the verdict. Inga Bejer Engh, who was both unyielding and nevertheless empathetic during the trial, appeared to not believe the words of Judge Wenche Elizabeth Arntzen.

The court delivered its verdict against Anders Breivik just after 10 a.m. on Friday. The judges sentenced him to 21 years in prison followed by preventative detention. The judges unanimously deemed that the man who carried out brutal attacks in Oslo and Utøya Island was sane. The accused had actually demanded the judgment, saying he would accept any decision as long as it didn't consider him insane. The prosecution had pleaded insanity.

When Judge Arntzen asked those present to sit down after the verdict, Bejer Engh stopped for a moment and looked straight ahead. As the explanation of the verdict sounded through room No. 250, her colleague Svein Holden stared into space.

Bejer Engh rested her head heavily on her hands. She tugged at her eyelashes and rubbed her eyelids. Her face, framed by her perfectly coiffed blonde bob as always, appeared redder than ever, as she issued the closing statement against the accused. She didn't even look at the judge as she spoke.

In sharp contrast, Breivik's penetrating gaze didn't leave the eyes of the judge. Shortly after the verdict, the corners of his mouth turned up into a smile, uncertain and derisive. His mouth continued to move further out but not so far that he showed his teeth. The smirk was unsettling.

Arntzen and deputy judge Arne Lyng once again referenced Breivik's life and his preparations for the attacks of July 22, 2011. They also discussed how he compiled his manifesto and then emailed it to thousands of recipients. How he completed his shooting training at a gun club. How he took steriods to get his body in shape for his murderous rampage.

Arntzen said the court had found no evidence to suggest that Breivik's alleged Knight Templar order even existed.

She said that had also played an important factor in determining the sanity of the accused. The trial hinged on this question, the court's opinion later explained. Because the judgment is 90 pages long, it took several hours to read it -- and the court built in several breaks.

Prior to the first one, Lyng described in minute detail the sequence of events during the bombing attacks on the Oslo government district. Breivik sat on the stand looking visibly pleased with himself as the judge read out the injuries sustained by both the dead and survivors. He eagerly took down notes as he prepared to give a closing statement that he has said he absolutely wanted to give.

During a short break, he spoke intensively with his lawyer Geir Lippestad. It would be the last victory his defense attorney could help him achieve: To be able to speak one more time and stand in the spotlight. It is still unknown how Judge Arntzen will decide on this.

But another question appears to be answered. During the break, Bejer Engh told the media that prosecutors had considered this as a possible outcome for the trial. The judges ultimately came to a different conclusion on the basis of the evidence, she said. "Now the wounds can start to heal," she said, suggesting that she would not appeal the ruling.

It is the ruling that most Norwegians and also the families of the victims and survivors had demanded. Many of them sat in the court room on Friday -- the mothers and fathers of the dead, their siblings, those who had been shot at. The relief seemed visible in their faces. Relief, but not satisfaction. The pain and mourning is still too great for that. "The fact that Breivik has been declared sane will allow the families to have closure with the events," Frode Elgesem, a lawyer for the families of the dead and the survivors, said.

Still, no one can truly be pleased because everyone knows that there is one person in the court room who has taken the greatest pleasure: Anders Breivik, the man who murdered 77 people.