Two hours and 55 minutes: That's how long the 24 European heads of state took at an emergency summit in Paris on Tuesday to tackle the perennial problem of youth unemployment. After dinner and talks, summit host François Hollande, Chancellor Angela Merkel and the leaders of the European Union's Council, Commission and Parliament gathered for group press photos, as well as mutual praise. "At stake," urged Hollande, "is the future of an entire generation."

Big words, but little actual progress: The summit participants only managed to reaffirm the previously introduced "youth guarantee," stipulating that no young person should remain without employment, apprenticeship, traineeship or instruction for longer than four months.

The high-profile round of talks, which also included directors of various European trade unions and youth organizations, as well as the head of the European Investment Bank (BEI), is the second act in a European political spectacle. In early July, the German chancellor summoned the EU's political elite to Berlin to confront the pressing problem of joblessness among 15- to 24-year-olds. Then, as now in Paris, Merkel warned that "the fate of Europe" was at stake.

According to the European Commission, there are 7.5 million young people in the EU who lack both employment and training. With a youth unemployment rate of 7.7 percent, Germany is well under the European average of 23.5 percent. France hovers just above, at 25 percent, while Greece and Spain have reached frightening record levels of more than 50 percent.

Europe's leaders have fallen into battle formation: Chancellor Merkel, often referred to in France as the "Iron Lady," now presents herself in Paris as the radiant victor and incumbent head of government.

Host François Hollande, on the other hand, is more unpopular than ever. Bankruptcies, severance schemes, layoffs -- widespread frustration is turning into tangible protest in anticipation of impending tax increases. On the heels of riots in Brittany, in which anti-tax protesters wearing "Made in France" red caps dismantled toll bridges and speed traps, Paris decided to shelve its newly adopted environmental levy.

But the retreat did not help. The government has long feared a snowball effect, and there is currently much talk of "civil revolt," "tax protest," and even "revolution." More than 70 percent of French people believe they are, according to the survey, on the eve of a "societal and social Fronde," referring to a series of 17th-century civil wars in which revolutionary armed bands terrorized parts of France. Jean-Claude Mailly, head of the Force Ouvrière trade union, says the situation is "like a volcanic eruption: There is smoke, the earth is not yet shaking, but there's a rumbling from below."

In an occurrance rife with symbolism, the French president was even whistled and booed during a memorial for the Nov. 11 armistice at the Tomb of the Unknown Soldier in front of the Arc de Triomphe. Protesters yelled "Hollande step down," before the police intervened. Minister of the Interior Manuel Valls said there was currently an "identity and self-confidence crisis" in France. And a Socialist lawmaker demanded an immediate government shake-up and the resignation of Prime Minister Jean-Marc Ayrault.

Not a good background for the negotiations about EU funding, from which France would like to divert €600 million into its own coffers next year. Hollande made the lowering of youth unemployment one of the key promises of his election campaign. Although he can point to a paper-thin decrease, that change mostly comes from subsidized "future jobs" or "generation contracts," that have brought 10,000 young French people off the streets. In order to create jobs through economic growth, there needs to be 1.5 percent annual growth -- the Banque de France currently predicts 0.4 percent growth by the end of the year.

The symbolic proceedings between Hollande, Merkel and other prominent members of the EU allowed Berlin to strengthen its plan to release €45 billion in the next three years and thus finance the "youth guarantee." This is all to be implemented within two years, with offers to be exchanged in job markets across Europe.

The measures must be "fast, unified and qualitatively appealing," argued Hollande. He was also glad the EU money would begin flowing in on Jan. 1 2014 to countries that had already organized their job programs. Merkel then took a potshot at her host: "Growth is the most important factor in the eradication of unemployment." She underlined the importance of entrepreneurs and ended by commending "new initiatives," which she admiringly called the "Pact of Paris."

But such positivity relies heavily on hope. It remains unclear whether the planned billions will suffice. In the just released EU budget for next year, €3.9 billion has been set aside for youth aid out of a total of €135.5 billion. The next youth unemployment conference is planned for Rome next year. 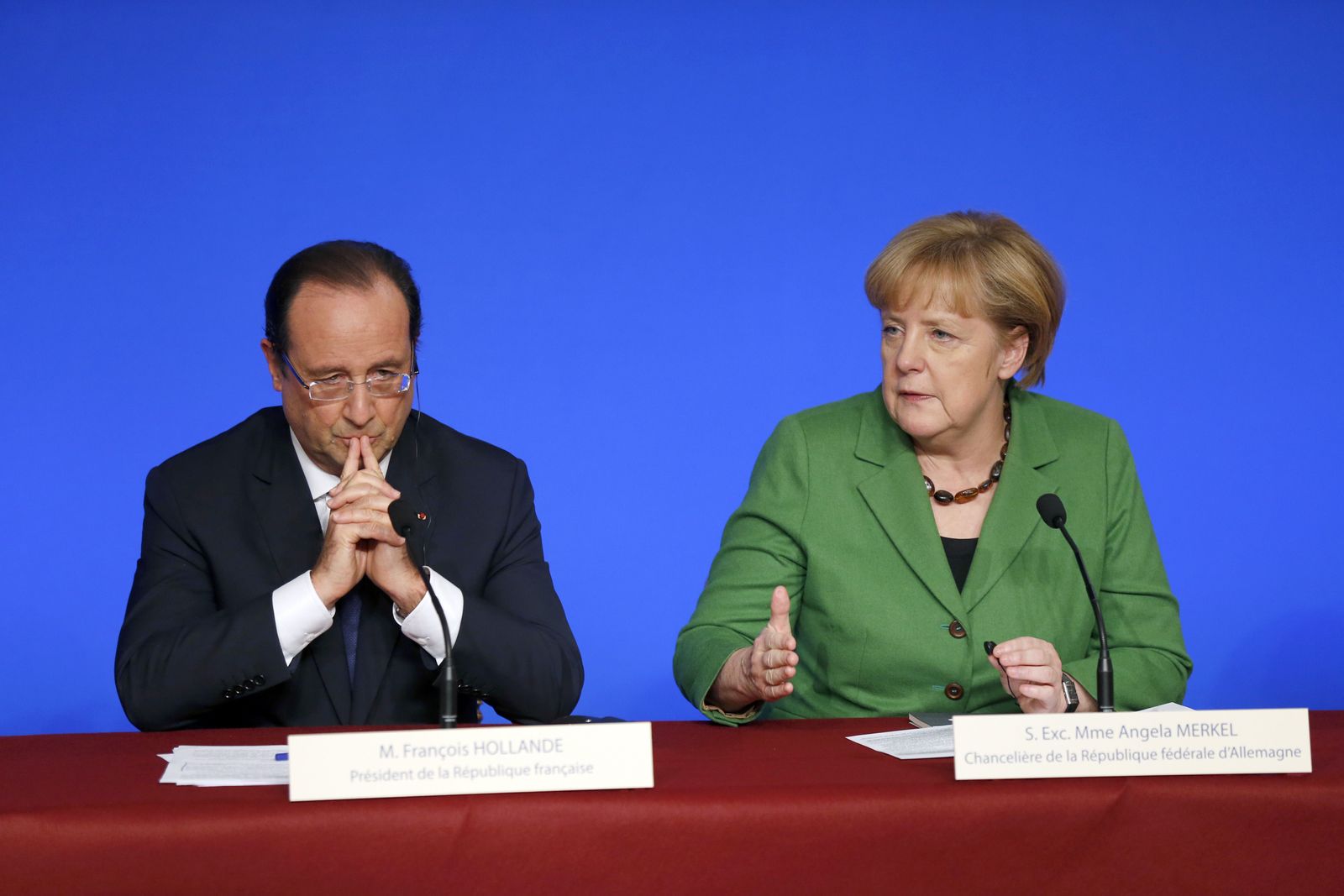