German Chancellor Angela Merkel on Sunday reprimanded a politician from her coalition for saying European Central Bank President Mario Draghi was on the way to becoming the "currency forger of Europe" and that a Greek exit from the euro zone was unavoidable.

"We're in a very decisive phase in the fight against the euro debt crisis at the moment," Merkel told public broadcaster ARD on Sunday. "My request: everyone should weigh their words very carefully."

It was a swipe at Alexander Dobrindt, the general secretary of the Christian Social Union (CSU), the Bavarian sister party to Merkel's Christian Democratic Union (CDU). Dobrindt had told the Bild am Sonntag newspaper in an interview published on Sunday: "I'm convinced that there is no way to avoid a Greek exit from the euro zone." He added: "I see Greece outside the euro zone in 2013."

He criticized Draghi's proposal to set an upper limit for bond yields of ailing euro-zone nations, saying it was an attempt to "finance debt countries through the back door" and accusing him of misusing the ECB as a "bucket wheel" to shift "money from the stable north of Europe to the deficit-ridden south."

Dobrindt's CSU is preparing for a regional election in Bavaria and the general election in autumn 2013. He and other senior CSU members as well as politicians around Europe have made provocative remarks on Greece in recent weeks in what political rivals have slammed as cheap populism aimed at winning votes.

His comments came two days after Greek Prime Minister Antonis Samaras visited Berlin and urged German politicians not to talk up the possibility of a Greek euro exit.

Foreign Minister Guido Westerwelle said "bullying" of euro members must stop. Even fellow CSU members criticized Dobrindt's latest broadside. The deputy chairman of the CSU's parliamentary group, Max Straubinger, accused him of "provincial bleating" and said it was "absurd to believe Greece will get back on its feet more quickly with the drachma."

The head of the CSU's parliamentary group in the European Parliament, Markus Ferber, said: "The talk about Greece having to quit the euro zone must stop." Greece was reliant on foreign investment to get out of its recession, he told the Welt am Sonntag newspaper.

"Who will go on investing if he can speculate on being able to pay in drachmas in half a year's time and getting everything at half price?" said Ferber.

Elmar Brok, a member of the European Parliament with the CDU, said Dobrindt's comments were "simply unbearable."

The strident rhetoric from Merkel's coalition is limiting her room for maneuver at a time when Greece is expected to need more aid and policymakers are struggling to prevent Spain and Italy from being forced to seek bailouts themselves.

In addition to Greece, policymakers are at odds over Draghi's plans to buy up the bonds of Spain and Italy.

Merkel said on Sunday that she believed the ECB's policies were in line with its mandate to ensure price stability in the euro zone. But Bundesbank President Jens Weidmann, a former economic adviser to Merkel, told SPIEGEL in an interview published on Monday that the bond purchases could violate rules against the ECB providing outright financing to governments.

"Such a policy is for me too close to state financing via the printing press," Weidmann told SPIEGEL. "The central bank can't fundamentally solve the problems by doing that. It runs the risk of creating new problems." 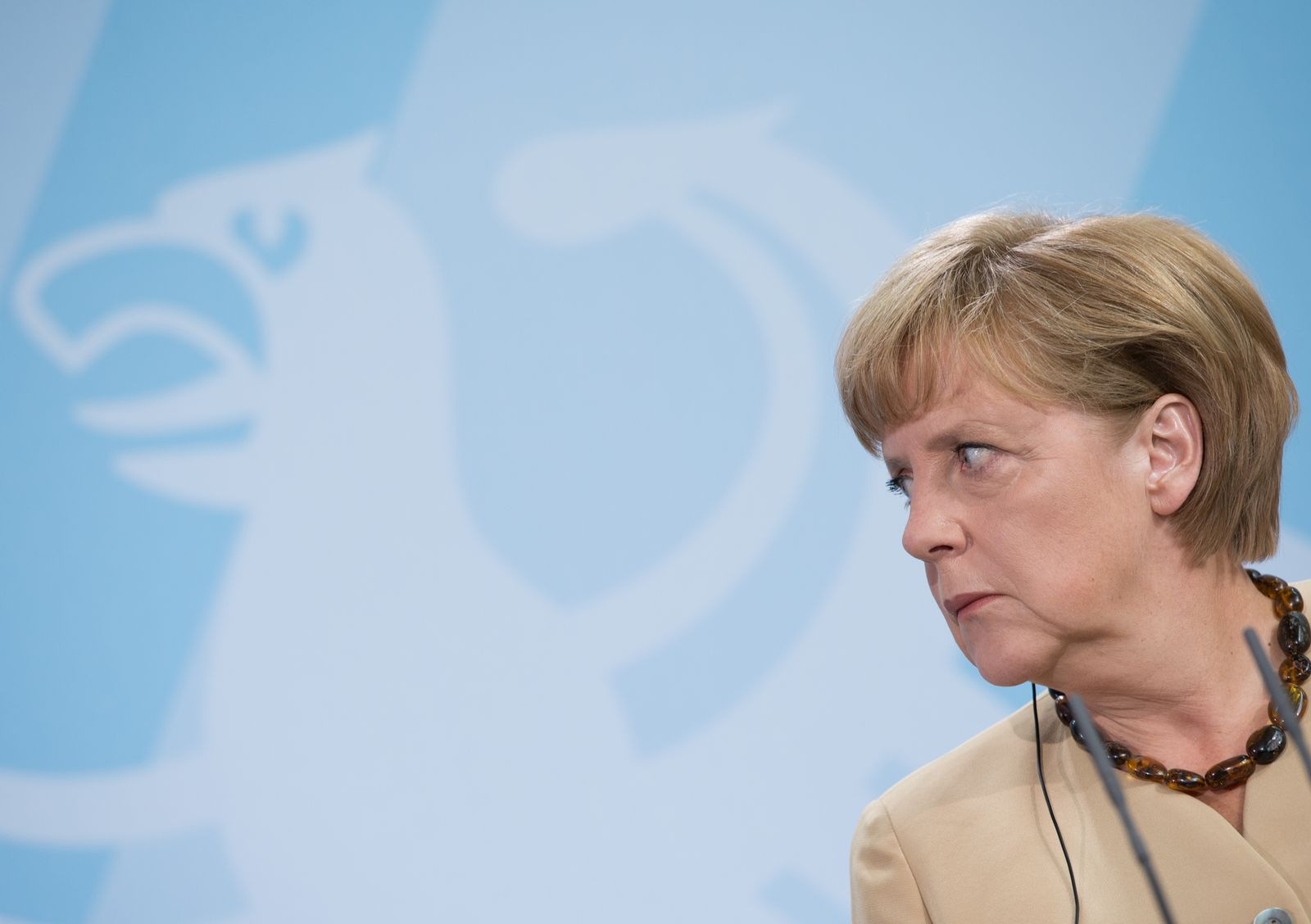