After the election victory, it didn't take long for the congratulations to come in. Just one day afterwards, the most powerful man in the world, Donald Trump, called German Chancellor Angela Merkel with his best wishes for her party's success.

That was in March, after the Christian Democrats had just won an election in the tiny state of Saarland. A half year later, though, the U.S. president was conspicuously reticent with his compliments, waiting several days after last Sunday's general election in Germany before finally calling on Thursday. One could see it as a form of brutal honesty: Given Merkel's weak result, there isn't much to celebrate. But perhaps it was also a preview of the new reality: Merkel's loss of power.

Since the election, the chancellor is no longer viewed as the uncontested leader of the German government, a woman who almost secured an absolute majority for her conservatives in 2013. Instead, if she manages to assemble a coalition with the business-friendly Free Democrats (FDP) and the Greens, she'll be heading up a government experiment born of necessity. And she will be a chancellor whose turn at the top is coming to an end. That will erode Merkel's authority on the global stage. Leaders like Trump, Putin and Erdogan know only too well when someone in power has passed their zenith. Indeed, that may have been a reason for Merkel's uncanny imperturbability both on election night and since. Anything to avoid showing signs of weakness.

Merkel's luster as the leader of the free world is likewise tarnished because she proved unable to prevent the right-wing populists from landing a significant number of seats in the Bundestag, Germany's parliament. And now France's president is also testing the chancellor's position as the undisputed leader of Europe. Two days after the election, Emmanuel Macron challenged Merkel with a visionary speech -- one offering a clear alternative to Merkel's wait-and-see approach to politics. Macron faced criticism for giving his speech at an inappropriate time, with Germany unable to speak and Merkel unable to answer. But that's nonsense - the timing of the speech was perfect, coming as it did in the interim period between two governments. He reminded Merkel of what was truly important in her upcoming coalition negotiations: The political rebirth of the European Union. Now, it won't be possible in the coalition agreement to merely brush off Europe with a slew of empty phrases.

At the same time, Macron has developed a model for dealing with the right-wing populists. He submitted a bold response to their worldview, one that was neither despondent nor timid, as had previously been the norm. The soapbox speeches, bland routine and nefarious backbiting had long led people to the conclusion that something in Brussels must be rotten. Now, though, a European leader is speaking fearlessly about Europe. And he isn't merely justifying the EU based solely on the Continent's terrible history. He is, rather, looking ahead with enthusiasm for the future.

We Must Dare To Tackle the Challenge

Like with any vision, of course, there is an element of naivety to Macron's. It is extremely grandiloquent, much of it will take a long time to be implemented and other elements never will be. But that misses the point. For now, it is important to avoid yielding the field of discourse to the right-wing populists - the ambitions, the emotions and the debates. "Let's not be afraid!" That was Macron's central message. And it was one directed at Merkel and the Germans, at all the fainthearted and at all those who voted for the right-wing populists -- but also at his own supporters, as an appeal to not shy away from debate.

Because it is worth having that debate. The Germans' attitude toward Europe has changed - it has become significantly more positive. With the EU facing strong headwinds, it appears that many are just now realizing how valuable it is. Seldom has approval of the EU and the common currency been as high as it is right now. And that is another reason why Merkel cannot now hide behind the FDP if she governs together with them. She cannot use the party's euroskepticism as a pretext for rebuffing Macron. Merkel was never a passionate European. But she also didn't want to be responsible for Europe's collapse, hence her decision, after long deliberation, to bail out Greece.

Most of all, she came to understand earlier than others that nation-state politics hardly works any longer. Her efforts at forming cross-border alliances came from her experience that large issues - from migration to climate change to financial markets - can only be addresses internationally, or at least at the European level. Macron may want to challenge Merkel's primacy in Europe, but he is actually a perfect complement to her. He possesses the very talents that she lacks: vision, pathos and rhetoric. And she has the ones he is missing: sobriety, experience and substance. It could be a perfect match. 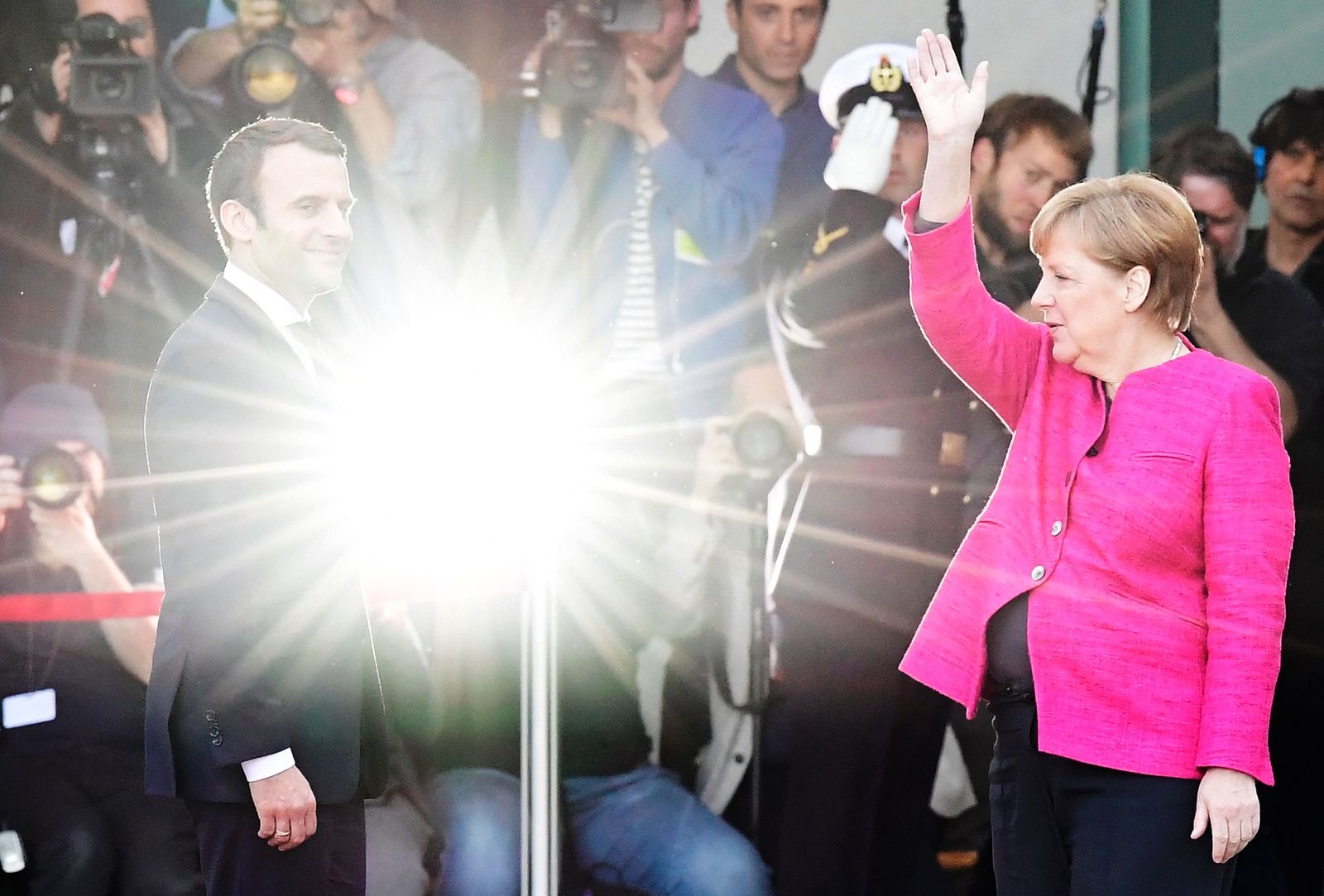