The chancellor prefers her usual role, as the one calling for calm and levelheadedness. After a phone conversation with Turkish President Recep Tayyip Erdogan, Angela Merkel said there had been "worrisome developments" in Turkey in the wake of the military coup and that the opposition had been treated harshly.

But, she said, it was understandable that the government take action against the rebels and mentioned that Turkey had "been exemplary in its treatment of refugees." She argued that the priority should be "to keep the discussion going." As usual, Merkel adopted a let's wait and see approach.

The problem is that the chancellor's words didn't find much of an audience. Hardly had they appeared on the news ticker, did German and Turkish politicians set off an angry spiral of insults, threats and accusations. It almost seemed like coup supporters and opponents were now marching in protest in Ankara, Berlin and Brussels.

Erdogan's foreign minister, Mevlut Cavusoglu, said the refugee agreement between Turkey and the European Union would be abandoned if Brussels didn't ease travel rules for Turkish people before October. In Germany, many politicians were also on a confrontation course. Arm in arm, Bavarian Governor Horst Seehofer of the conservative Christian Social Union (CSU) and Baden-Württemberg Governor Winfried Kretschmann of the Green Party demanded the suspension of EU accession talks with Turkey. The head of the national Green Party, Cem Özdemir, argued for economic sanctions. And the human rights commissioner of the German government, Bärbel Kofler, a member of the center-left Social Democrats, also put the refugee agreement in question. She said the EU cannot "overlook" the fact that the processing of asylum applications in Turkey "does not follow the democratic rule of law."

Amid the bluster of ultimatums and counterultimatums, people overlooked the fact that the more levelheaded forces in Ankara and in the capitals of the EU were singing a very different tune. There may be no reason to fulfill Erdogan's wishes for the extradition of supposed coup supporters or to excuse his brutal measures against members of the opposition. And there are good arguments for admonishing Erdogan to return to the rule of law.

But among the member states of the EU, there is an aversion to sharpening the conflict. According to experts, Ankara has thus far abided by the refugee agreement, which significantly aids the interests of both sides. The German security services believe that they can't do without their Turkish partners in the fight against Islamic terrorism. And more significantly, even many members of the Turkish opposition and opponents of the regime have warned the West that it shouldn't be too shrill in its criticism of Erdogan.

Istanbul political scientist Nuray Mert, for example, is not someone you would expect to support autocratic Erdogan. She has repeatedly criticized the government in essays and interviews. In 2011, she lost her TV show on Turkish TV after Erdogan complained about her.

Yet now, after the failed coup in July, she is defending the president against those who have been overzealous in vilifying him: "I support his government not only against any coup, but I also reject the Western coverage that depicts him as a monster."

Politicians in Europe and the United States, she argues, have made too little of the fact that the majority of Turkish citizens and even the opposition was united in standing up against the military rebellion. "If our Western friends want to support democracy in Turkey, then they should have supported this broad anti-coup spirit."

That's how many supporters of the opposition see it. They oppose Erdogan's attempts to abolish democracy. They denounce the witch hunts against supposed followers of Islamist cleric Fethullah Gülen, whom the government sees as being behind the coup. But they also wish the West would offer more constructive criticism these days, along with greater encouragement.

"What we need now is unity and reconciliation, not more hatred," says the head of the pro-Kurdish Peoples' Democratic Party (HDP), Selahattin Demirtas. Observers fear that overly curt opinions from Europe and the United States could drive the country further from the West. An atmosphere of opposition to the EU and the US is already spreading, even among liberal, pro-democratic Turks.

Erdogan has deliberately seized on these disappointments. "The West supports terrorism and sides with the people behind the coup," he told international investors in Ankara on Tuesday. Sinan Ülgen, a former Turkish diplomat and the head of Istanbul's Edam think tank, also accuses Western politicians of failing to clearly condemn the uprising. "If they had, their criticisms of anti-democratic developments would be much more credible," he says. The EU now needs to show "that it hasn't given up on Turkey yet."

But in Europe, not many people are currently listening to the Turkish opposition. Lots of politicians are paying attention to Erdogan's worked-up tirades without noticing that his bluster is a bigger sign of weakness than strength.

This also isn't the first time the Turkish government has threatened to end the refugee deal if Brussels doesn't finally move to lift visa requirements for Turks entering the EU. Similar warnings had been uttered in the spring, but Ankara never followed through on them. In response, the EU acted in an unconventionally cohesive manner on the issue. As long as all of the criteria are not fulfilled, Brussels argued, there would be no freedom of travel.

Under the terms of the deal, Ankara is supposed to commit itself to bringing Turkish anti-terror laws in line with European law by mid-October. In the wake of the coup attempt, however, it is difficult to imagine that happening. Luxembourg Foreign Minister Jean Asselborn argues that more patience is needed with Turkey. He anticipates the talks will stretch on until "at least the end of the year."

The politician thinks it's unlikely Ankara will cancel the refugee deal. Erdogan has too big an interest in having a functioning relationship with Europe. Besides, the Turkish economy is at risk of crashing following the military coup. Ankara needs European capital and tourists in order to fill up the giant resorts on the Aegean once again. Asselborn is convinced that "the government could really use the  6 billion it has been pledged by 2018 as part of the refugee agreement."

Erdogan had also largely held to the terms of the agreement. In July, 60 refugees arrived in Greece every day. This past weekend, it was six. Before the EU-Turkey deal, over 1,000 refugees reached the Greek coast every day.

This decrease in numbers is not least due to the fact that countries like Slovenia and Macedonia closed the so-called Balkan Route. But neither Berlin nor Brussels has interest in a new experiment in which the Turkish coast guard shuts their eyes when boats take off toward the West.

The fact that the EU is persistently pursuing its course of negotiation is also due to its lack of alternatives. Neither Berlin nor Brussels has a detailed Plan B.

The European institutions -- the European Commission, European Parliament and European Council -- want to make a final decision on expanding the EU agency Frontex into a European border and coast guard in September, but it remains questionable whether that step would go far enough if Turkey were to once again open its borders and permit an exodus of migrants. There are currently 632 officials from other EU countries deployed in Greece on behalf of Frontex -- they control passports, take fingerprints and carry out repatriations. They work under the leadership of the Greeks, who have difficulties organizing their own people. If it came to a Plan B, the Greeks would require lots of help from Brussels and the other member states.

There's another reason the relationship with Turkey shouldn't be jeopardized lightly. In many cases, the authorities on both sides are frequently, silently working together. When it comes to the fight against the Islamic State (IS), authorities in Ankara play a key role.

Over 800 Islamists from Germany are believed to have traveled to Syria and Iraq in order to join IS or other terror groups. Most chose the land route via Turkey to get there. While the authorities there at first treated the jihad tourism nonchalantly, their collaboration with European intelligence services is now working at least selectively better.

In security circles, people are saying that "Turkey is an important and necessary partner" while wondering "in every specific case just how far the cooperation can go." The building of a joint terrorism database, recently made possible by a new law, wasn't in the cards before the coup and now it's even less of a possibility, especially given that Berlin and Ankara have very different definitions of what constitutes a terrorist.

But Erdogan doesn't shy away from any attempt to get the German government's support in his fight against the PKK, the militant pro-Kurdish party. In an apparent attempt to put pressure on Berlin, he claimed that his authorities had transferred "over 4,000" files about wanted terrorists to Germany, but that they were ignored by the Germans.

The responsible authorities have been trying to figure out what Erdogan meant ever since. In any case, a list with such a large number of suspects doesn't seem to exist. Furthermore, the number of extradition requests by Turkey has been manageable. According to the Federal Office of Justice, only 33 applicable requests have been received so far this year. Last year, there were a total of 65 requests. In 14 of the 33 cases, the Germans did move to extradite the suspect. The majority, the office says, were accused of assault, theft, drug crimes or murder.

Despite irritations, contacts between the two countries are being maintained, as the example shows, but the mood is dark. As a result, many Turkey experts argue that the relationship between Berlin and Ankara should be rebalanced. They argue that the democratic powers in the country should be supported, that one should hold firm on joint projects and that Erdogan's impositions should be refuted where necessary. But to alienate the Turks, they argue, would be the wrong reaction.

Niels Annen, the foreign policy expert for the center-left Social Democrats, believes that a critical realignment is necessary. At the same time, he suggests that the government should "stay in dialogue" with the Turkish leadership so that Europe doesn't lose another partner and ally. "First Brexit, then Turkey -- that would be a catastrophe." 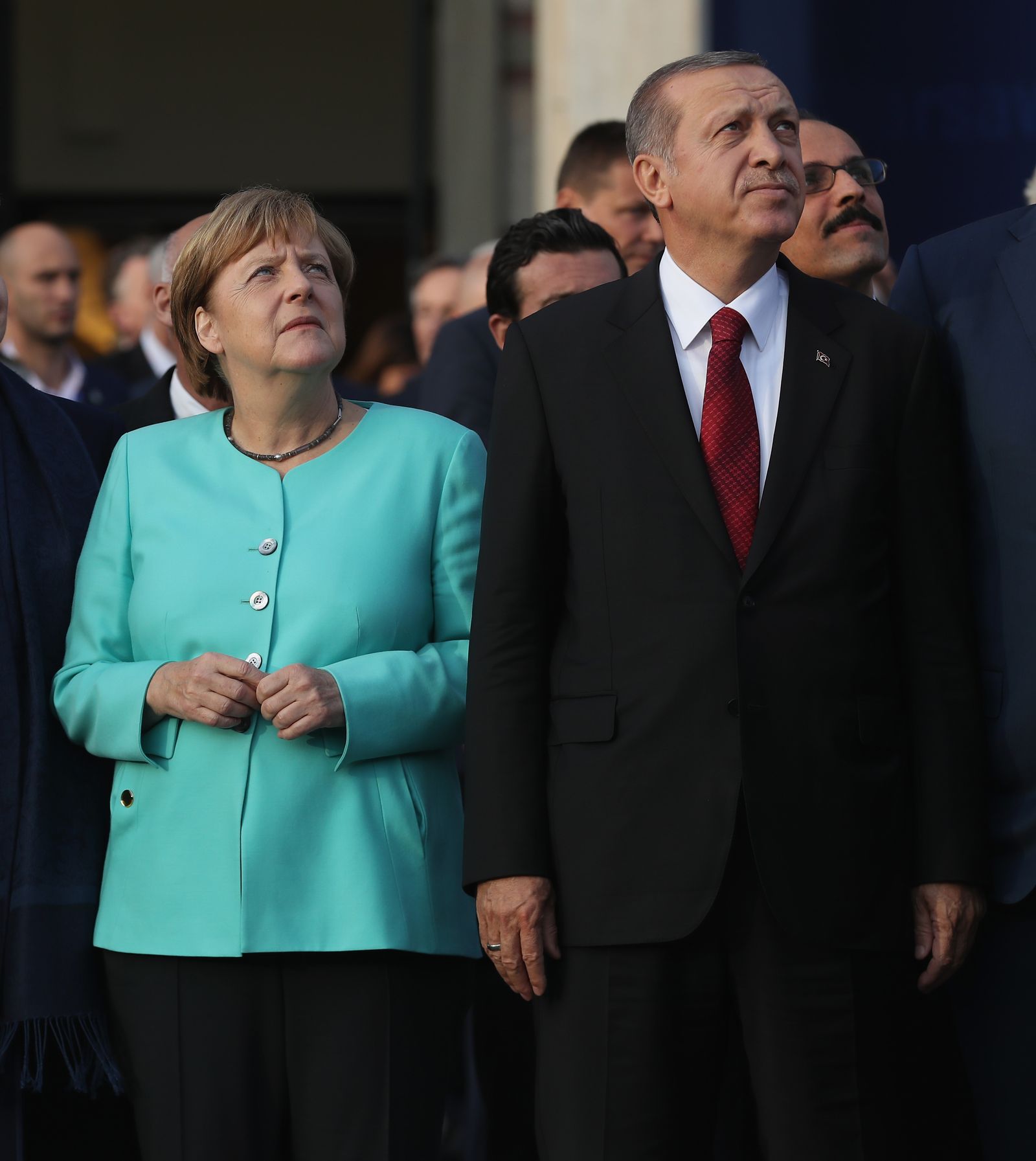 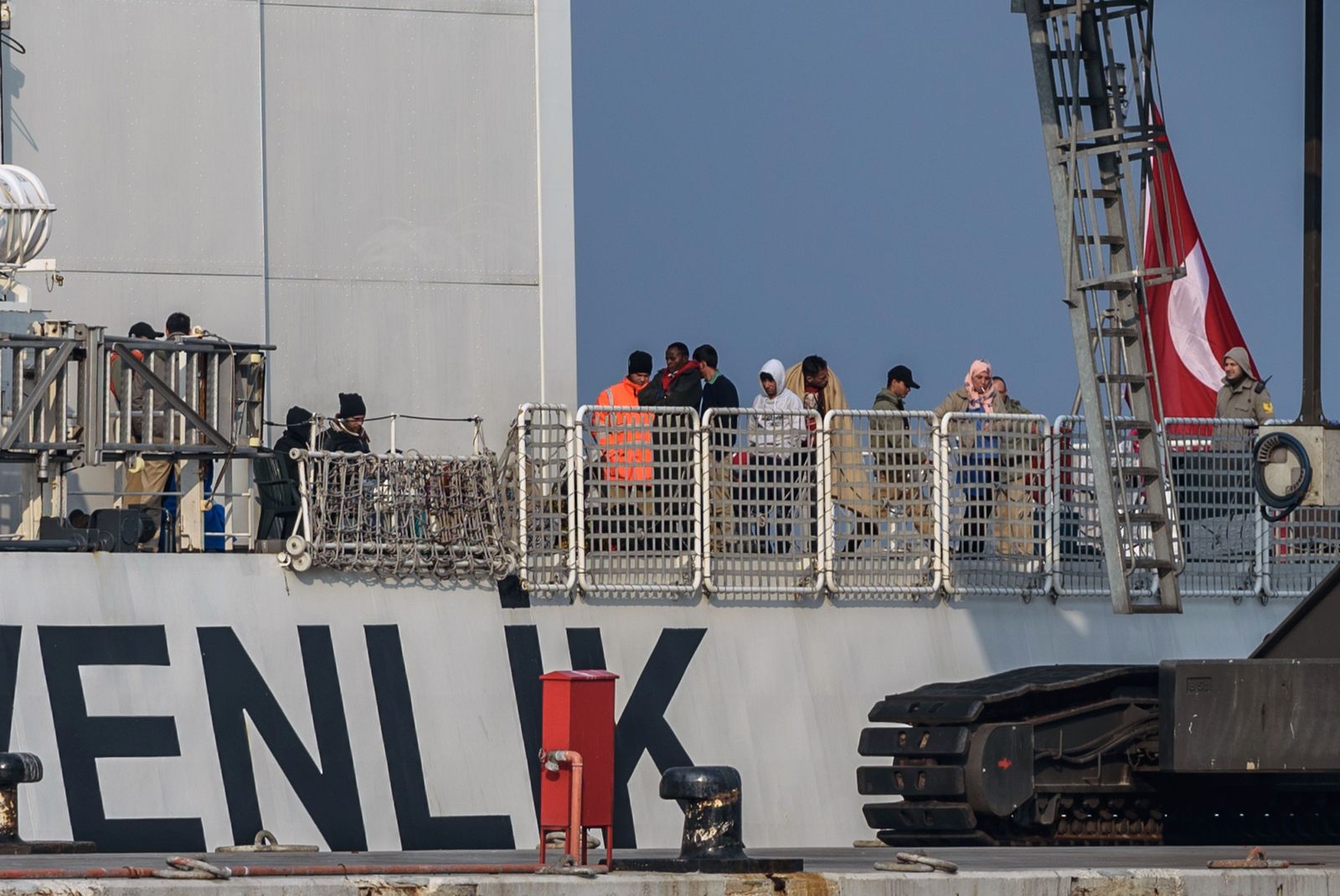 Increased patrols by the Turkish coast guard has ensured a dramatic reduction in the number of refugees making their way to European shores.