German Chancellor Angela Merkel said on Sunday that euro bonds were "exactly the wrong answer to the current crisis." Her comments to public broadcaster ZDF sent a clear signal on Germany's reluctance to adopt joint debt to ease the euro crisis, despite pressure from a number of European counterparts.

"They lead us to a debt union and not to a stability union," she said in the interview.

But Merkel did not completely rule out joint bonds for a later date, saying that she did not know "whether we in the distant future will need to develop ourselves further."

Germany, which pays far less to borrow on the market than troubled neighbors such as Greece and Italy, has repeatedly opposed the bonds. German public opinion is largely against the proposal which would result in extra costs for Europe's largest economy. A survey conducted by pollster Emnid for the news channel N24 found that 76 percent of Germans oppose joint bonds in the euro-zone countries, with only 15 percent saying they supported the idea of euro bonds.

Belgium and Italy have urged European leaders to issue joint debt, which would lower borrowing costs for countries on the periphery of the euro zone. Merkel's comments also conflict with a recent announcement by the European Commission which said that it is analyzing euro bonds and may present draft legislation for them.

Merkel stressed Germany's solid economic credentials, despite last week's turbulent developments for the country's DAX stock index amid global market jitters. "I don't see anything which signals a recession in Germany," she said.

However, she admitted that Germany had long-term issues to face up to, in particular the need to shrink its large debt burden.

Instead of pooling debt, she encouraged closer economic links: "The euro zone has to work even more closely together but we also have to work together closely within the Europe of 27," she said. "Our currency is not substantiated by a political union. Now the task is to make the euro strong through more economic cooperation and especially more commitment."

Over the weekend, German Finance Minister Wolfgang Schäuble also said the euro zone could only issue joint debt if it merged its fiscal policy. Otherwise, he said there would be no control over nations adopting irresponsible fiscal policies, thus creating inflation and further undermining the bloc. 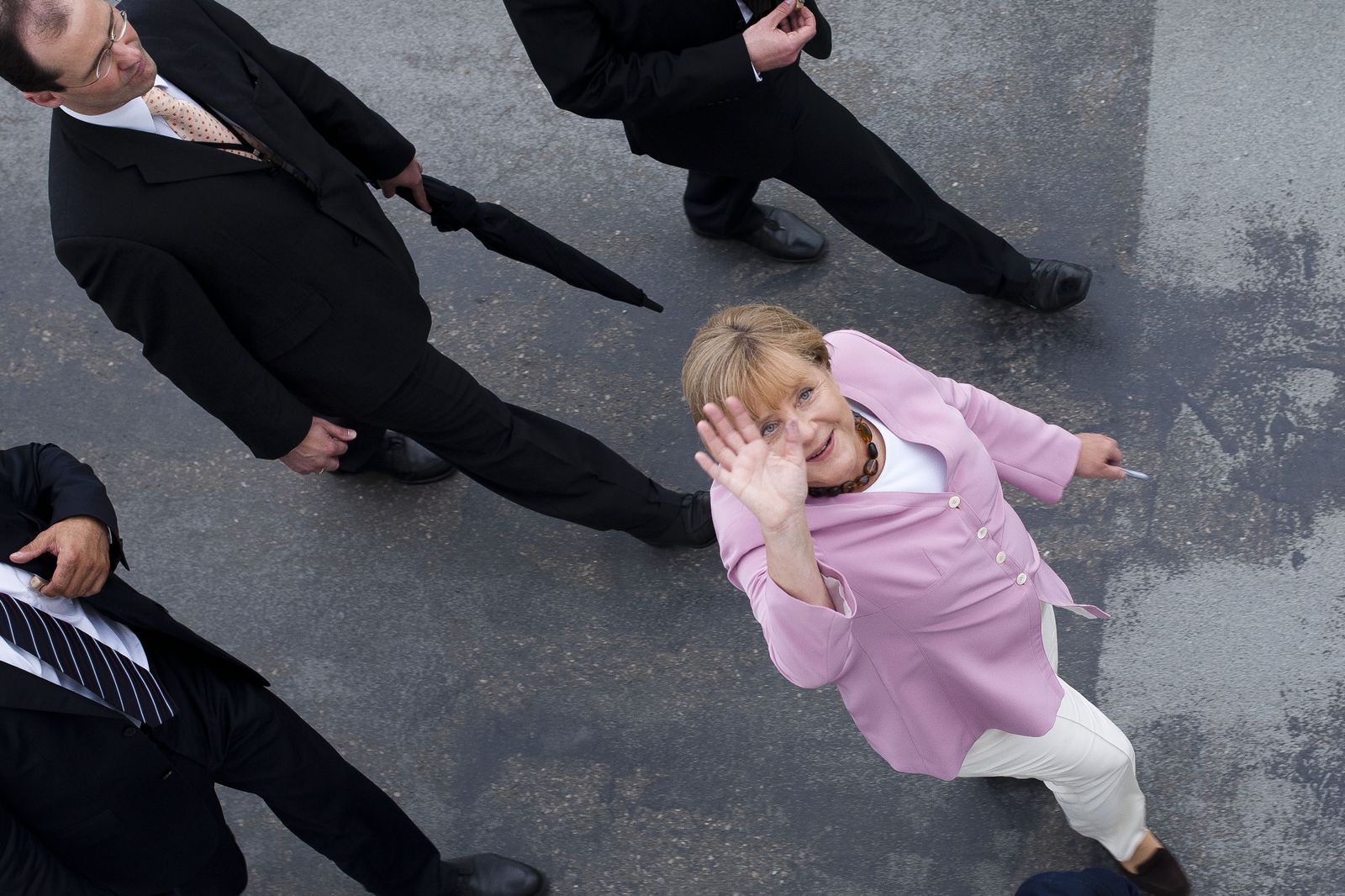 German Chancellor Angela Merkel on Sunday ahead of her interview with broadcaster ZDF.