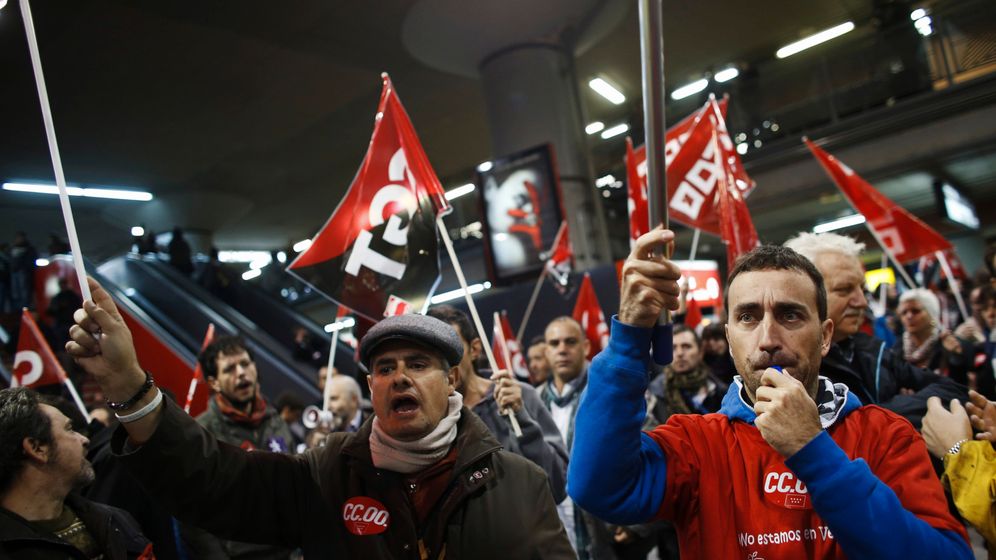 Millions of Europeans joined together in general strikes and demonstrations on Wednesday to protest the strict austerity measures undertaken by their countries. In Portugal and Spain, hard hit by the debt crisis, locals conducted a 24-hour general strike that largely paralyzed public infrastructure, suspending train service and grounding hundreds of flights, in addition to shutting down factories.

Most of the protests remained peaceful, but in Madrid there were some violent clashes between demonstrators and police. Officers at Cibeles Square in the city center fired rubber bullets and used batons against protesters, reporting 34 injuries and the arrest of more than 70 protesters.

Officials warned the situation could escalate further on Wednesday night, with major protests planned for Madrid and Barcelona. A similar demonstration had also been planned for Portugal's capital city, Lisbon.

The day of strikes had been called by organized labor across Europe as part of a "European Day of Action and Solidarity," and similar events were staged in Italy, Greece, Belgium, Austria and France. The protesters believe that the austerity measures being taken in those countries to combat the debt crisis are worsening the recession. "We're on strike to stop these suicidal policies," said Candido Mendez, the head of Spain's UGT union, the country's second-biggest labor federation.

The fact that the protests have been particularly intense in Spain comes as no coincidence. The country has suffered deeply in recent years after its real estate bubble burst. Pressured by its European partners, the government in Madrid has implemented dramatic austerity measures that have exacerbated the country's recession. Today, one in four Spaniards is unemployed, and joblessness among youth has skyrocketed to 50 percent.

Most heavily hit by the strike in Spain is the country's national railway. Only one-fifth of long-distance trains ran on Wednesday, and more than two-thirds of commuter train services were cancelled. The strikes also paralyzed airlines, with national carrier Iberia and low-cost company Vueling forced to cancel numerous flights.

The strikes also brought production in plants for car companies like Volkswagen, Seat, Opel and Nissan in the region largely to a standstill. Unions estimated that around 80 percent of workers participated. In Barcelona, Spain's second largest city, officials removed hundreds of trash containers from the streets to prevent them from getting burned.

But the general strikes could also be felt in other countries around Western Europe on Wednesday: