Ten people suspected of planning a terrorist attack were arrested in Belgium, the Netherlands and Germany on Tuesday, the Brussels prosecutor's office said.

The suspects are accused of preparing an attack on behalf of an international Islamist group, a spokeswoman for the prosecutor's office said. The target of the attack was not known, she added.

The people arrested were Belgian, Dutch, Moroccan and Russian nationals. The spokeswoman said the arrests were made during simultaneous raids on 10 apartments, and that most of the suspects were arrested in the Belgian city of Antwerp.

The raids were the culmination of an investigation that had started at the end of 2009 in Antwerp. The suspects are due to be presented to a judge and remanded in custody later on Tuesday. The investigation had focused on "international jihad terrorism," the office said.

Some of the suspects were accused of recruiting members for a Chechen terrorist group.

There was no immediate information from German authorities regarding the arrests. German Interior Minister Thomas de Maizière had issued a terror alert last Wednesday, warning that Islamists were planning an attack in Germany by the end of November. 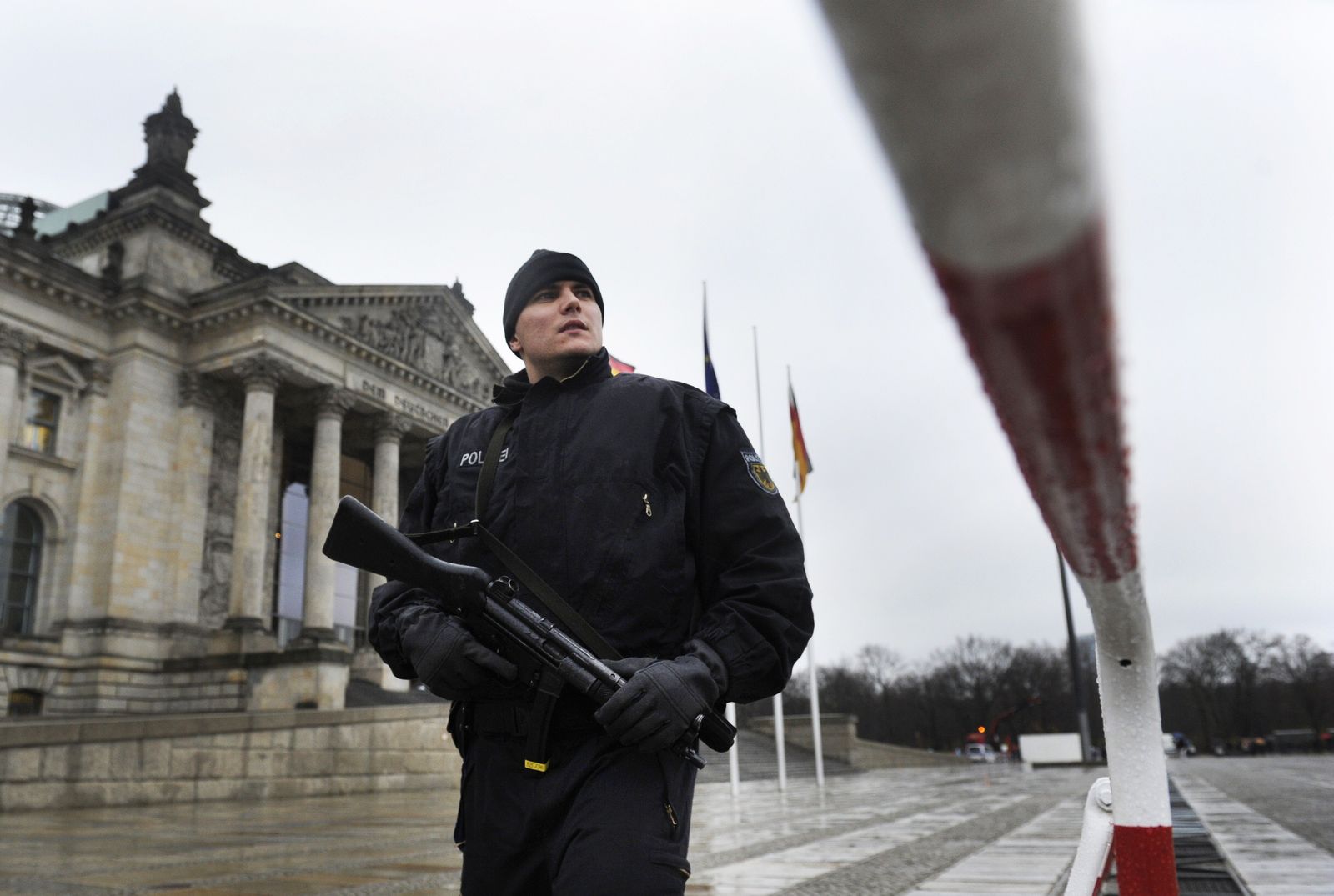 A police officer patrolling the fenced-off Reichstag parliament building in Berlin following the recent terror alert by the German government.