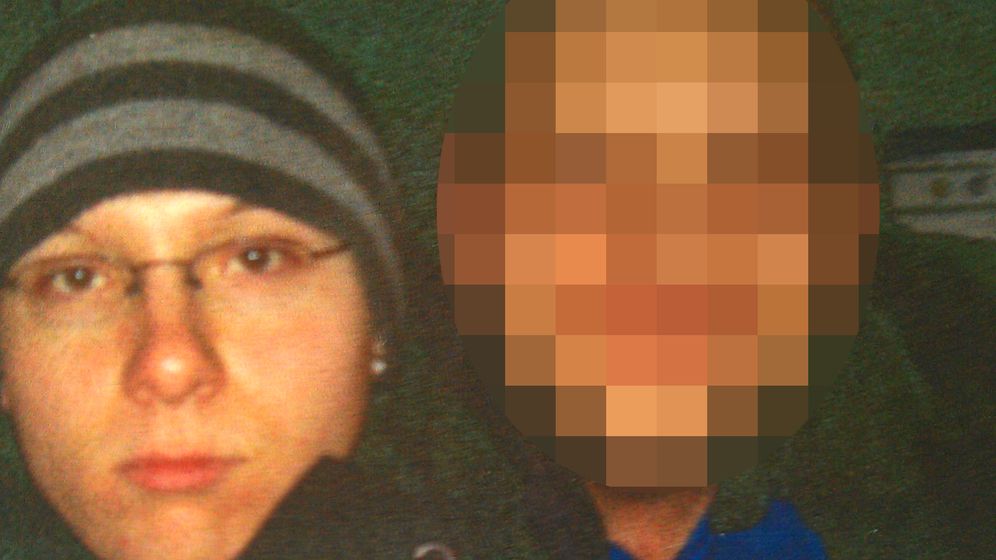 A mother can't be fooled, and a mother notices when her child goes astray, says Marlies B. That's why she called the state authorities in October 2010 and asked if she needed to be worried about her son.

Her son Robert had changed. He'd converted to Islam, forsaken pork and alcohol, and now he wore a knit wool cap and wandered the city of Solingen, northeast of Cologne, in floor-length garments. Marlies B. says she'd never seen him this way. People asked her about it, and it was embarrassing. It frightened her.

At the end of July -- after a period when she couldn't reach him, either on his cell phone or at his apartment -- she printed out a statement from his bank account. (Robert had given her notarized power of attorney years before.) She noticed a flight booked for €447 ($647), and "all of my alarm bells went off," she says. She drove to a national-security office in Wuppertal.

"You're son is doing well," an official told her, asking her to take a seat in the hall. Marlies B. had an uneasy feeling. A mother knows, she says. Two other officials came upstairs. They had just searched Robert's apartment, and they told her that her son had been in a London prison since July 15.

He'd taken the ferry to Dover with Christian E., another convert from Solingen, who had a criminal record. At the border they told authorities they had planned to fly from Brussels to Egypt, but the tickets were too expensive. So they'd settled on Great Britain instead.

Officials searched their bags and found handbooks for jihadists, a bomb-making pamphlet called, "How to Make a Bomb in the Kitchen of Your Mom," and an essay on "39 Ways to Support Jihad," written by the radical imam Anwar al-Awlaki -- all propaganda material for al-Qaida. Both Germans were sent to Belmarsh, a high-security prison in south London, and isolated in solitary confinement.

"I fear that the English justice system will crack down like it did in the recent riots, and we want to prevent that," says Robert's attorney, Burkhard Benecken. His client faces up to 10 years in prison. But under German law his actions were not punishable. This week, Benecken and Robert's mother are flying to London; it will be her first visit with her son since he was arrested.

A Victim of the Stasi

Marlies B. grew up in the GDR, the former East Germany. By the age of 13, she'd had experience with the Stasi. Her parents' bakery was bugged, and her father fled to West Germany in 1969. She later was caught trying to flee to the West and spent seven weeks in custody in Görlitz, before serving a year in prison in Hohenleuben.

She was one of the 33,755 political prisoners whose freedom was purchased by the West German government. On March 13, 1985 she arrived first at a relocation camp in Giessen, then went to Unna, and in the end arrived at a temporary home in Solingen. That is where she met Robert's father, an independent craftsman 15 years her senior. They later married.

Marlies B. is now 57 years old. She's a petite woman with deeply set blue eyes. She wears glasses, and her dyed black hair has bangs cropped short. Her faced is lined with wrinkles. She calls her first husband a "criminal swine who was locked up in all the GDR jails." He almost killed her once, she says, by smashing a bottled of sparkling wine on her head in a drunken rage.

Robert's father, she says, was the first man who was good to her. He died at the age of 46, of lung cancer caused by a grinding machine he used. His death came three days before Robert's 13th birthday. Her son missed him greatly.

Even as a child, Robert was an outsider and was bullied and chased across the school yard. He dropped out of school in the 9th grade. When he was 17 he joined the military, with his mother's approval, and volunteered to go to Afghanistan. He dreamed of riding in a tank. But he wound up on desk duty. When this duty grew boring, he started spreading right-wing propaganda on the Internet. He hung a Hitler portrait over his bunk. He was forced to leave the army.

He then earned his secondary-school school diploma. In the summer of 2010 he finished training as a warehouse clerk. But he wasn't hired. Robert had long had other plans.

A Trip to Egypt

In January 2009, Robert converted to Islam. He told his mother this in passing at lunch one day. She says she doesn't know who encouraged him to do it. Robert kept his curly hair cut short and didn't grow a beard. "He did not seem so extreme to me," she says.

She dismissed Robert's comments that she should re-orient her religion, and wear a headscarf or a burka at home, as idle chatter. She had no idea he already called himself Abdul Hakiim.

In October, he and other Muslims travelled to Egypt. "I want to learn Arabic, in order to practice my beliefs," he told his mother. She alerted German authorities, and some officials paid Robert a visit. To this day, he does not know that his mother was behind it, she says. Officials placated her by saying they had him under their radar.

Because of the unrest in Egypt, Robert took a special flight home to Germany on February 1, 2011. He checked in with his mother by phone. She cooked spaghetti with ground beef that had been slaughtered according to Islamic ritual by a special butcher in Solingen. He spent two nights in her apartment. Then he moved out, and started to live on state assistance.

He pretended to sleep in a small apartment his mother knew about, but in fact he lived in a mosque in a courtyard off Konrad Adenauer Street. "The people there are the only ones who reach paradise," he told his mother. This sentence shocked her, especially coming from her son Robert, whom she had not had baptized because she wanted him to have the freedom as an adult to decide his religion. Now that he'd decided, his mother was appalled.

Robert distanced himself from her. When his mother questioned him, he lied to her. "Maybe he didn't want to scare me," she says. She sounds doubtful and blames herself.

'Mommy, I would never kill someone'

Robert told his mother that he got up every day at 5:30 a.m. to pray. He pretended to look for a job. He still dropped by her place to get his mail. Sometimes he made comments like: "Women today are floozies."

Sometimes he left Salafist pamphlets in Arabic and German under the tablecloth. "Not every Salafist is a terrorist, but almost all terrorists that we know had contacts with Salafists or are Salafists," said Heinz Fromm, the president of the German Federal Office for the Protection of the Constitution.

Robert did not have the courage to convince his mother of his views. When she talked to him about his life changes, he said: "Mommy, you don't need to worry. I would never kill someone." She threw the flyers in the trash can.

She now knows that before his trip to Britain he visited mosques in Cologne and Bonn. She knows he flew to Hamburg to see a presentation by Pierre Vogel, also known as Abu Hamza -- a radical German Islamic preacher and former professional boxer who had become a hero for Robert.

"There are also indications that Robert was influenced by Ibrahim Abou Nagie," says Robert's attorney, Burkhard Benecken. "He leads movement called 'The True Religion,' which is known among radical Muslims. If that's true, then my client was heteronomous," meaning subject to foreign laws.

Marlies B., meanwhile, says her fighting spirit hasn't flagged. "The Stasi did not break me, and the Salafists will not break me," she says. When Robert is home with her again, she won't accuse him of anything. Maybe, she says, he just wanted a second family with the Islamists.

In prison, in any case, Robert reportedly asked first for his "mommy."