When German Finance Minister Wolfgang Schäuble and his French counterpart Pierrre Moscovici gave their first joint press conference two weeks ago, they were asked who would take over leadership of the Euro Group once Jean-Claude Juncker stepped down. As early as last summer, Juncker had said he wanted to hand over the reins, but had been persuaded to continue for lack of consensus on a successor. But despite such indications that the end was nigh for Juncker's term at the top, both Schäuble and Moscovici played down the issue.

"Next year is next year," said the Frenchman. "We have other concerns at the moment," said the German.

As of Monday evening, however, the two can no longer dodge the question. At the end of yet another late-evening Euro-Group meeting in Brussels -- during which finance ministers from the 17 euro-zone member states agreed to provide €40 billion in aid to ailing Spanish banks -- Juncker told his colleagues that he intended to step down at the end of the year. "I have asked them to name another minister," Juncker said.

His departure will mark an end to his seven-year stewardship of the common currency -- and one that comes not a moment too soon from his perspective. Juncker, who is also the prime minister of Luxembourg, had long been nonplussed at the lack of urgency with which his colleagues viewed his approaching departure, assuming that he would simply carry on until they got around to finding someone.

Juncker himself is not blameless in this regard, having been convinced to continue once before, even allowing himself to be elected to another term as Euro Group president last summer. Still, he had been consistent in his desire to step down at the end of this year or the beginning of next. Now, it would seem, it would take a great deal of convincing from a personage such as German Chancellor Angela Merkel to get him to change his mind.

Berlin, though, has already moved on. Since this spring, Merkel has thrown her support behind Schäuble as the best candidate to take over the leadership of the euro-zone body. Some have said her fixation on nominating her finance minister has more to do with domestic political concerns given next year's general elections in Germany: It would no doubt please voters to have Schäuble looking after German taxpayer money in Brussels.

Juncker, too, has backed Schäuble, though for a different reason. Schäuble has shown himself to be reliably pro-European and Juncker may be hoping that as Euro Group president, he could emancipate himself from Merkel's euro-crisis heavy-handedness.

Either way, Schäuble's chances of being chosen are virtually nil. For one, the German finance minister hasn't exactly endeared himself to his colleagues of late. Two weeks ago, for example, he agreed to a massive reduction in the interest rates Greece must pay on its emergency aid loans -- only to reverse course 24 hours later after Merkel intervened. Many would rather have a more resolute Euro Group head.

He isn't easy, Schäuble recently said of himself, but he is completely loyal -- a statement that only served to increase his colleagues' mistrust. That loyalty, they fear, could ultimately be greater to Merkel than to other euro-zone finance ministers.

But the primary argument against Schäuble is his political half-life. With German general elections set for next autumn, euro-zone leaders are not eager to choose a German minister who may not even have a seat in the Berlin cabinet at the end of 2013.

Originally, Paris and Berlin had envisioned a system whereby Schäuble and Moscovici would share the position. The idea was for the German finance minister to take the first stint before making way for Moscovici. Now, though, it might be the other way around. France would take over Juncker's position first and pledge to hand it over to Berlin in 2015, no matter who is then finance minister.

That could very well be Schäuble, should Merkel's current coalition, which pairs her conservatives with the business-friendly Free Democrats (FDP), manage to win a majority. But with the FDP having shrunk to niche party status since the last election, such a result seems unlikely. Instead, it looks as though Germany might be heading for another "grand coalition" of the conservatives together with the center-left Social Democrats (SPD), meaning that the party's current parliamentary floor leader Frank-Walter Steinmeier would likely take over the Finance Ministry. (Peer Steinbrück, the former finance minister and current SPD chancellor candidate, has insisted he will not join the cabinet should he lose the election to Merkel.) Another possibility would be a conservative-Green Party coalition, which would mean that Green Party floor leader Jürgen Trittin could be tapped.

Schäuble, though, would have a chance were he to commit to take over the job full time, which would require him to resign as German finance minister. French President François Hollande has supported such a model, as has Juncker himself, due to the extreme amount of work involved. Schäuble, though, has always rejected the idea out of his conviction that the Euro Group president should be bound closely with a national government. European Council President Hermann Van Rompuy is also opposed to a full-time euro-zone head given that European Union leadership is already top heavy as it is.

Other candidates could theoretically be considered as well, but their chances are seen as limited. Dutch Finance Minister Jeroen Dijsselbloem, for example, is considered both competent and less stubborn than his predecessor, but he has only been finance minister for a few weeks. It is also possible that the Euro Group chooses an outside candidate. The Lisbon Treaty merely stipulates that "the Ministers of the Member States whose currency is the euro shall elect a president for two and a half years, by a majority of those Member States." Still, it would almost certainly need to be someone who has played a central role in recent efforts to combat the euro crisis.

Whoever might take over the leadership of the Euro Group, Juncker will likely continue to play a role as Luxembourg's representative. While his country's finance minister, Luc Frieden, currently fills Luxembourg's seat on the panel, Juncker, who carries the official title "treasurer" in addition to his role as prime minister, is likewise eligible for Euro Group membership. And, he has said, he still wants to have a voice. 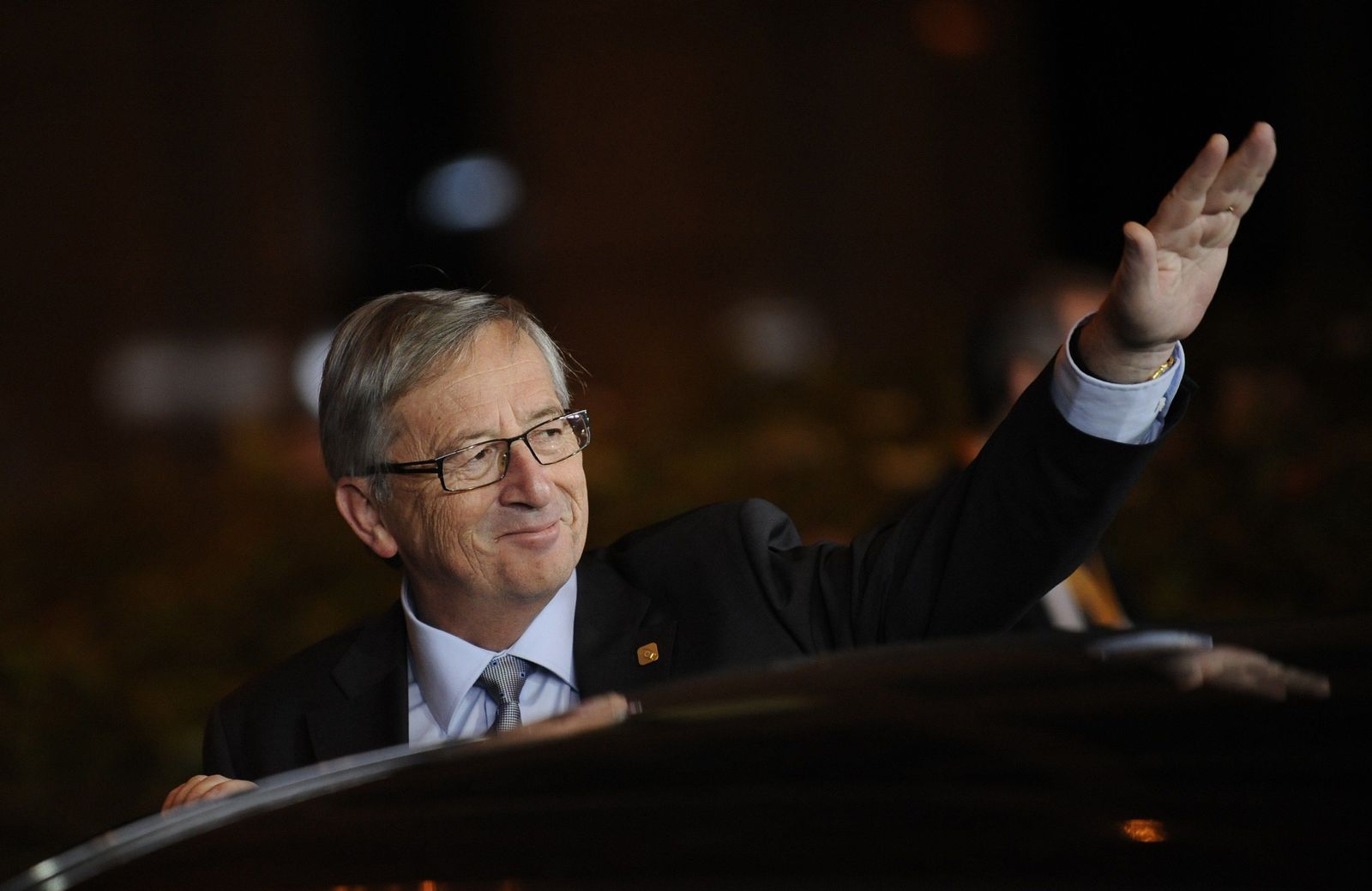 Euro Group head Jean-Claude Juncker is stepping down at the end of the year. But who will take over?