In Germany, you often hear people asking if France, our neighbor, should still be taken seriously. First the country refused to undertake needed reforms, despite rafts of negative economic data. Then it came out that President François Hollande's favorite pasttime during the crisis appeared to be traipsing about Paris from one tryst to another -- at least if you go by accounts in the French tabloids.

That kind of behavior in France, long referred to as the "Grande Nation" for its culture and special role in the world, led to collective eye-rolling in Berlin political circles. Not so in other capital cities, like Bagui in the Central African Republic or Bamako in Mali. There, reactions to France are far different. In Damascus, Tehran, Tripoli and even Washington, Paris is taken very seriously indeed.

The country, for example, largely coordinated the deployment in Libya against ex-dictator Moammar Gadhafi. It has been prepared to take action in Syria. It has also shown itself to have a strong backbone in difficult nuclear negotiations with Iran. It deployed its troops in Mali to restore stability there. And it has provided indispensable help in the Central African Republic, where more than a million people are believed to have been displaced in a bloody sectarian war between Christians and Muslims.

At their meeting in Brussels on Monday, the EU foreign ministers agreed on military aid for the missions in Mali and the Central African Republic in what is an important and overdue decision. To be sure, some efforts by the French also help to draw attention away from domestic standstill. And foreign deployments, particularly in Africa, help to fuel the belief of French people in their country's glory and are also beneficial to France's economic interests.

Still, European countries have become so apathetic about the bloc's ultimate goal of a common foreign and security policy that they only added the term "strategic" to a foreign policy debate paper during the 11th hour of their last summit. Against that backdrop, there are plenty of critics of Paris in Brussels who also believe the country is doing a lot to preserve what little strategy is left in Europe's security policy.

It's the larger member states that tend to be the most apathetic. Britain, suffering from war and Europe fatigue, is not only turning away from the Continent, but also from the rest of the world. Britain's parliament even rejected the possibility of joining the US, its closest ally, in a possible mission against Syrian dictator Bashar Assad.

Germany, meanwhile, despite its economic power, continues to pretend it's some kind of outsized version of neutral Switzerland. It should be easier for the German government to provide support to the French now that Chancellor Angela Merkel's former junior coalition partner, the Free Democrats, are no longer at the helm of the Foreign Ministry. As foreign minister, Guido Westerwelle always propagated a culture of military reserve and in that regard massively distanced Berlin from Paris with his rejection of German participation in the Libya conflict.

His successor, Social Democrat Frank-Walter Steinmeier, and his French counterpart, Socialist Party member Laurent Fabius, are much more closely aligned politically. Nevertheless, it remains to be seen whether German involvement in Africa will go beyond that of pure logistical support. Germans as a whole are highly skeptical of foreign combat missions.

But the world doesn't stop turning just because the Germans -- and Europeans in general -- prefer navel gazing to action. Describing the situation in the Central African Republic this month, staffers for European foreign policy chief Catherine Ashton wrote that sectarian violence could spike if the situation isn't quickly brought under control. They warned the conflict posed a threat not only to the country itself, but also to its neighbors.

Europeans may poke fun at the French for their sometimes exaggerated pride in the fact that they still play some role as a global power. But those same Europeans cannot act as if there is no longer a world outside their borders. 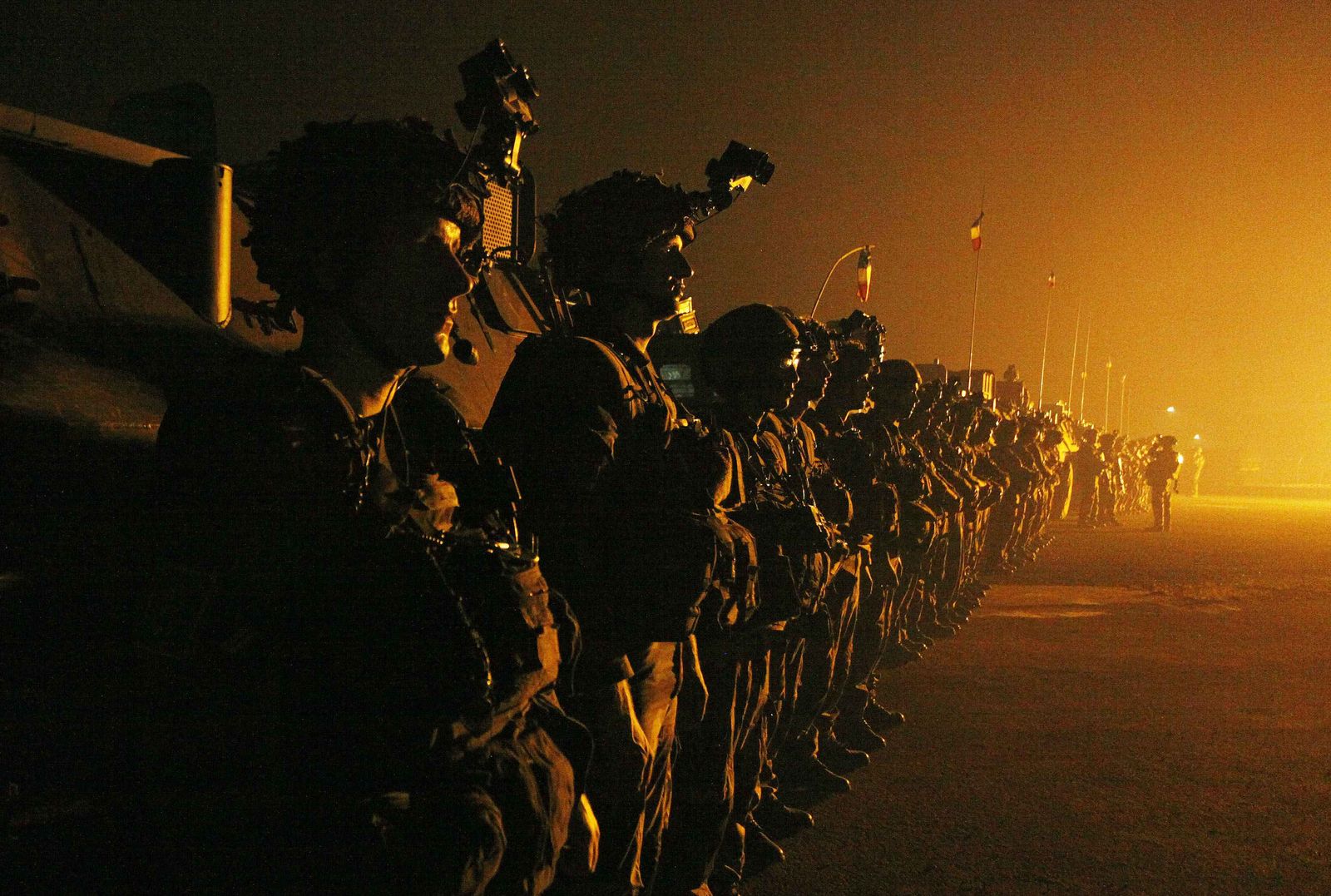 French troops line up in Bangui, the capital of the Central African Republic.