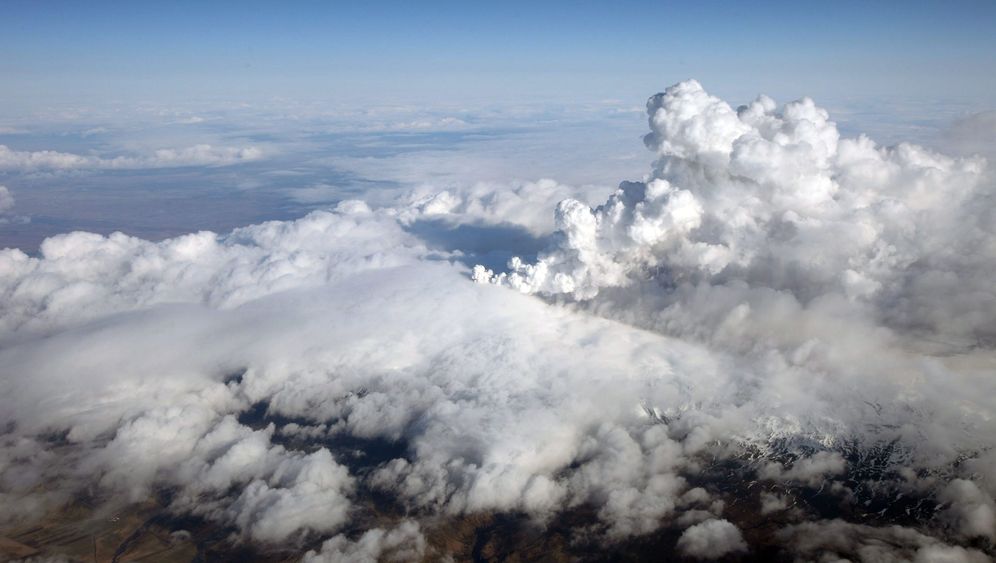 A cloud of volcanic ash from an Icelandic volcano caused mass disruptions to air traffic across Europe Thursday, with flights in several countries cancelled.

British airspace is also being closed from 12 noon local time until at least 6 p.m. Norwegian airspace had been closed earlier on Thursday because of the volcanic eruption. Danish airspace will be completely closed as of 6 p.m., with airspace in the northwest of the country being closed as of 12 noon. The Finnish authorities reported that air traffic to Norway, northern Sweden, northern Finland and the United Kingdom had also been adversely affected. A spokesman for the Scandinavian airline SAS said the flight ban could be in force for as long as "several days."

Irish authorities closed their airspace for at least eight hours, and flights heading north from Paris were also cancelled.

German national carrier Lufthansa announced that there would be no more flights to London's Heathrow airport after 12 noon. The airline also cancelled flights to Birmingham and Manchester in the UK as well as Stavanger in Norway.

Airports in Scotland were shut earlier on Thursday and flights at several airports in English were also cancelled. In addition to Heathrow, the major London airports Gatwick and Stansted were also affected. Tens of thousands of passengers were stranded across northern Europe and it was not clear how long disruptions would last.

"Volcanic ash represents a significant safety threat to aircraft," the British air traffic control service NATS wrote in a statement posted on its Web site. "If volcanic ash particles are ingested into a jet engine, they accumulate and clog the engines with molten glass," British vulcanologist David Rothery told the BBC.

The volcano under Iceland's Eyjafjallajökull glacier erupted on Wednesday for the second time in four weeks, spewing out a huge column of steam and smoke. Fine rock particles were ejected up to 11 kilometers (7 miles) into the atmosphere and drifted toward Scandinavia and Britain.

Up to 800 residents had to be evacuated from the area around the volcano. The eruption under the 200-meter (660-feet) thick glacier caused ice to melt. The meltwater flooded nearby valleys, with the water threatening to damage a highway and several bridges.

The volcano's last major eruption happened on March 21. It is not clear how long the new activity will last. Local geologists fear that the eruption could also cause another nearby volcano, Katla, to erupt.