The April 2010 eruption of Iceland's Eyjafjallajökull volcano caused the greatest closure of European airspace since World War II, stranding millions of passengers and leading to the cancellation of most flights across the continent for nearly a week. Total damages and lost revenues were estimated at €5 billion. The situation sparked a massive debate over the concentration at which volcanic ash could become a safety hazard for jets and other aircraft. Later in 2010 and again last year, a second Icelandic volcano, Grímsvötn, also caused air traffic disruptions.

But a new type of ash cloud sensor could be ready by 2012 to be installed on commercial passenger planes. The infrared system is called "Avoid," and can currently be installed on an aircraft's wings in the form of a carbon tube that warn pilots if they are about to encounter dangerous ash particles from volcanic eruptions. The sensor has been developed by Fred Prata of the Norwegian Institute for Air Research in Kjeller, Norway.

At the beginning of Dec. 2011, the technology was put to a practical test near Italy's Mount Etna. Konradin Weber, a professor of physics and environmental engineering at the University of Applied Sciences in Düsseldorf, Germany, participated in the tests with his team on board a propeller plane that flew into an ash cloud to analyze the particles with its laser spectrometer. They matched the results with those generated by Avoid and its two infrared cameras, which have been programmed to detect silicate, the main component of volcanic ash that can severely damage aircraft and lead to an engine stall.

"From a distance of 20 kilometers and at a flight altitude of four kilometers, the system can differentiate between rain clouds and ash clouds," Weber said.

This summer he plans to conduct further tests with Avoid, but those will be contingent on when and where a volcanic eruption takes place. Candidate volcanoes have already been identified in Guatemala, Japan and Indonesia.

Budget airline Easyjet has been the first to support the technology. The company says it plans to equip 20 aircraft in its fleet with the technology as soon as next year. "If 100 aircraft were equipped with the Avoid system, then we would achieve a comprehensive safeguard for Europe," a company spokesperson said.

Many airlines in Europe are concerned that Eyjafjallajökull's larger neighbor, Katla, might erupt, but active volcanoes in other parts of Europe including Italy and Spain could also pose problems in the future. Scientists believe that Katla is overdue for another eruption that is likely to be massive when compared to Eyjafjallajökull or Grímsvötn -- and could be even more disruptive for European and trans-Atlantic air traffic. 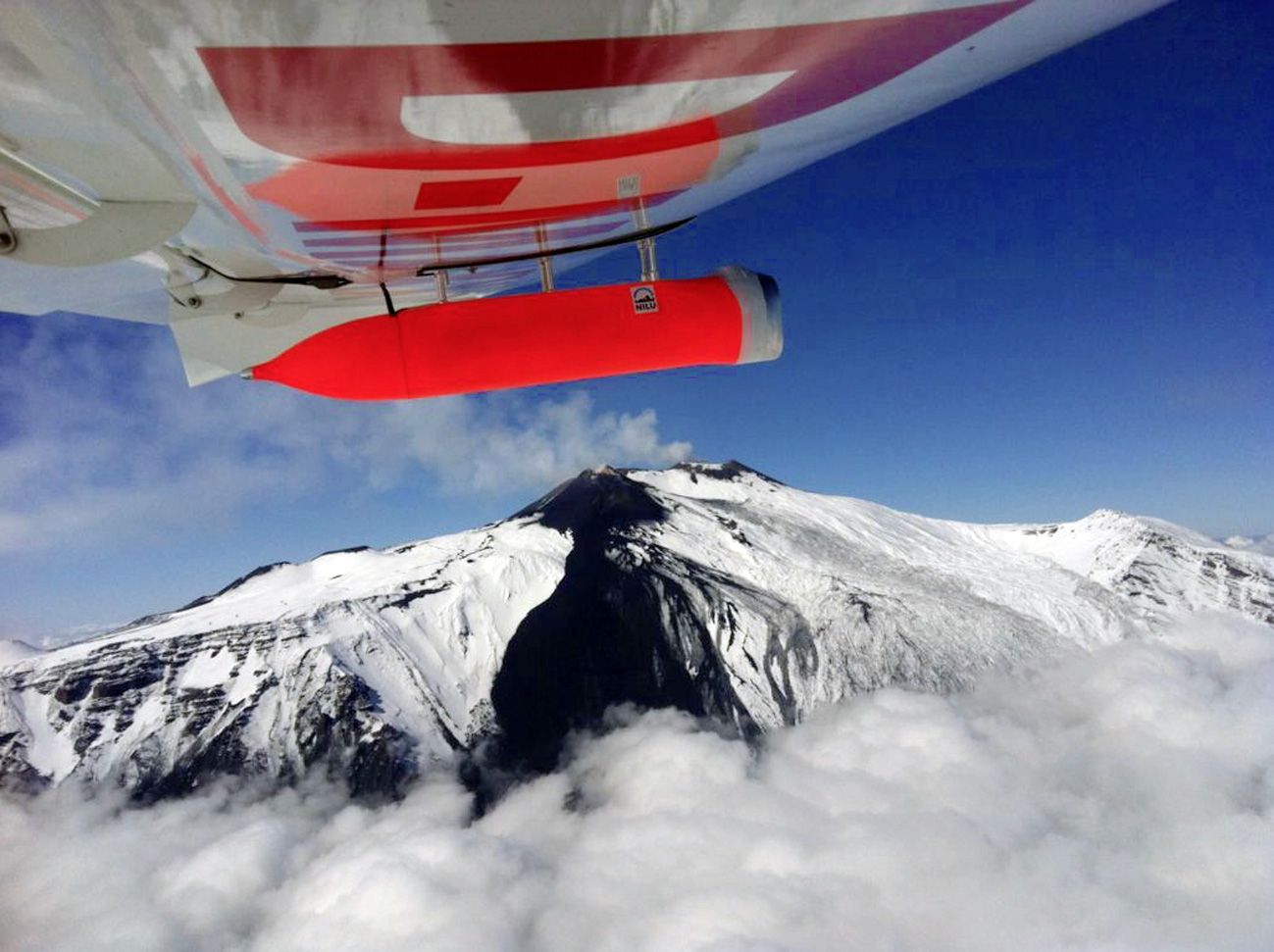 An airplane outfitted with the "Avoid" system conducts a measuring flight near Italy's Mount Etna in early December.