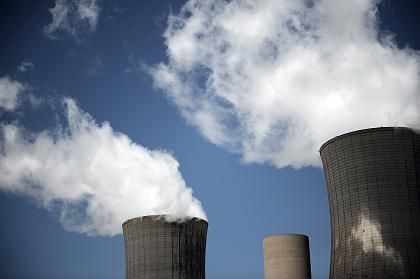 The newspaper said the planned cooperation marked the first time in many years that Siemens will engage in the "hot area" of nuclear engineering. It has previously confined itself to supplying conventional technology for nuclear plants, such as turbines and process control technology.

Handelsblatt reported that a letter of intent on comprehensive cooperation with Russia's Rosatom could be signed as soon as next month.

Siemens and Rosatom had said earlier this month they would assess closer ties in the field of atomic energy, after talks in Moscow with Russian Prime Minister Vladimir Putin. Chancellor Angela Merkel has signalled her approval of the Russian-German venture.

The German company now aims to assume "an internationally leading role in nuclear technology together with the Russian partners," said Wolfgang Dehen, the Siemens management board member in charge of energy, according to Handelsblatt.

Concrete agreements may be reached by the end of April. Dehen said Rosatom was the only supplier worldwide whose engineering operations span the entire cycle of nuclear power generation. Independent experts had credited Rosatom with building "very reliable nuclear power stations," he said.

The technology was virtually free of carbon emissions, which made it suitable for combating global warming, and it was also economical, Dehen said. He added that Siemens wanted to participate in a growing global market in which 400 nuclear power stations are planned by 2030, with an investment volume totalling €1 trillion ($1.28 trillion).

Other European countries are also turning back towards nuclear power. Sweden, which had voted to phase out nuclear power in a 1980 referendum, now plans to lift the ban and Britain is also drawing up plans to revive its nuclear plants.

The German government is sticking for now to the gradual shutdown of its 19 nuclear power stations by 2020. But Merkel's conservatives, who share power with the anti-nuclear Social Democrats, are opposed to the phase-out, and the policy could change depending on the outcome of the German general election in September.