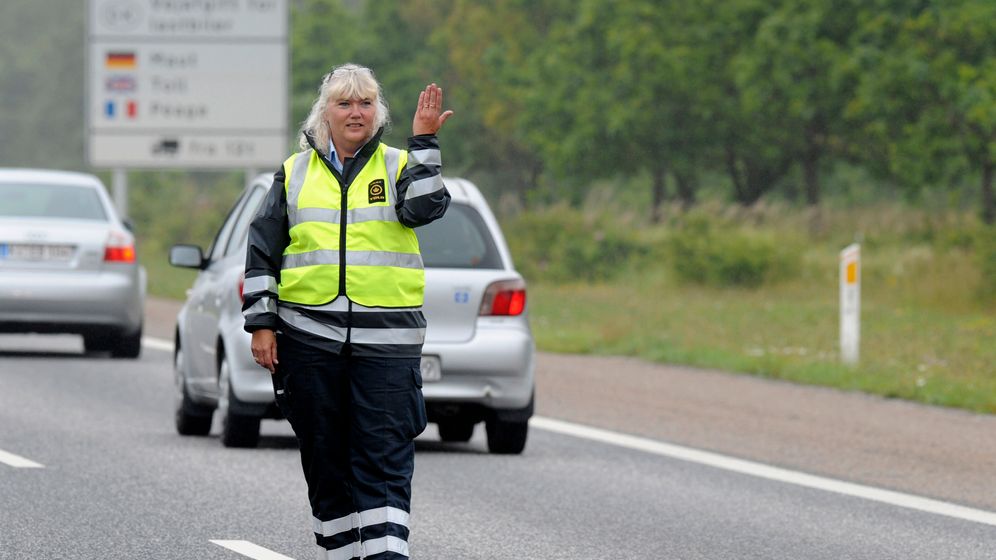 Denmark's decision to increase customs controls on its borders with Germany and Sweden has not gone down well in Europe. And now, politicians in Copenhagen are firing back at a suggestion from the Europe minister in the German state of Hesse that vacationers should boycott Denmark.

Jörg-Uwe Hahn, a member of the business-friendly Free Democratic Party (FDP), told the tabloid Bild that "if Denmark reintroduces border controls during the vacation season, I can only advise people to turn around and go on vacation in Austria or Poland." Hahn has also called for the issue to be placed high on the agenda of the next meeting of Europe ministers from German states.

"Freedom of travel is one of Europe's most visible achievements," he was quoted as saying in the Danish daily Jyllands-Posten. "Those who assail it ... are carving away at the European idea."

Hahn's comments come as Denmark began more intense customs checks on its borders with Germany and Sweden. Fifty additional agents took up their posts on Tuesday morning in a move that the European Commission has warned could violate the Schengen Agreement, the treaty which established border-free travel in Europe in 1985. There are now 25 members of the free-travel zone, with Bulgaria and Romania expected to join later this year.

"The commission will very strictly monitor the implementation of this first phase of the Danish agreement to be sure that European law is fully respected," said Michele Cercone, spokesman for Home Affairs Commissioner Cecilia Malmström, on Tuesday. He also referred to Commission President José Manuel Barroso's statement in May in which he voiced "extreme concern" about the beefed-up Danish border controls.

Denmark says that the measures will not slow down cross-border travel and that the additional officers will only carry out random checks in an effort to stop the smuggling of narcotics, weapons, medications, drugs used for doping and other illegal goods. Officials in Copenhagen have also said they want to stamp out human trafficking through Denmark's borders.

The law was passed by Prime Minister Lars Lokke Rasmussen's center-right government in May at the behest of the right-wing populist, anti-immigration Danish People's Party (DF). Because Rasmussen's government does not have a majority in parliament, it relies on support from the DF. The country faces general elections in November.

In the run-up to Tuesday's new checks, DF official emphasized that the spot checks were aimed equally at curbing illegal immigration. For more than 10 years now, DF has played a leading role in the tightening of laws in Denmark that are often perceived as anti-foreigner and anti-immigration.

But on Tuesday, customs officers played down the idea that foreigners were being targeted in the checks. Danish customs officer Orla Olesen, interviewed by SPIEGEL ONLINE, said: "Illegal immigrants aren't our highest priority. The human-smuggler at the wheel with four immigrants is as interesting to us as a drunk driver, but of course we also then intervene."

Several Danish politicians have blasted Hahn's proposed boycott. DF foreign policy spokesman Søren Espersen told Jyllands-Posten that Hahn was a "solitary, fanatical extremist." He added that he "gets the chills when someone starts to make the EU into a religion."

Peter Christensen, the Danish minister whose portfolio includes customs, told the Danish daily that "we aren't building up new borders. We are carrying out customs checks within the framework of the Schengen Agreement." He said that Hahn's comments were "too melodramatic."

Last week, German Foreign Minister Guido Westerwelle told his Danish counterpart Lene Espersen that the reintroduction of controls on Denmark's border was " the wrong signal for today's Europe, which should grow together rather than drift apart." Danish media reported late last week that Westerwelle followed up the comments with a letter to Espersen, urging Copenhagen to reconsider the controls. In an interview with Jyllands-Posten, Westerwelle said that the stricter controls were an "unfortunate omen" for Europe.

Reports from the German-Danish border on Tuesday indicated that the increased checks had not resulted in traffic jams there. "During today's check," Erling Andersen, head of the Danish Tax and Customs Administration, told the Associated Press, "traffic flow was maybe a bit slower. But that was mainly due to the great number of reporters." 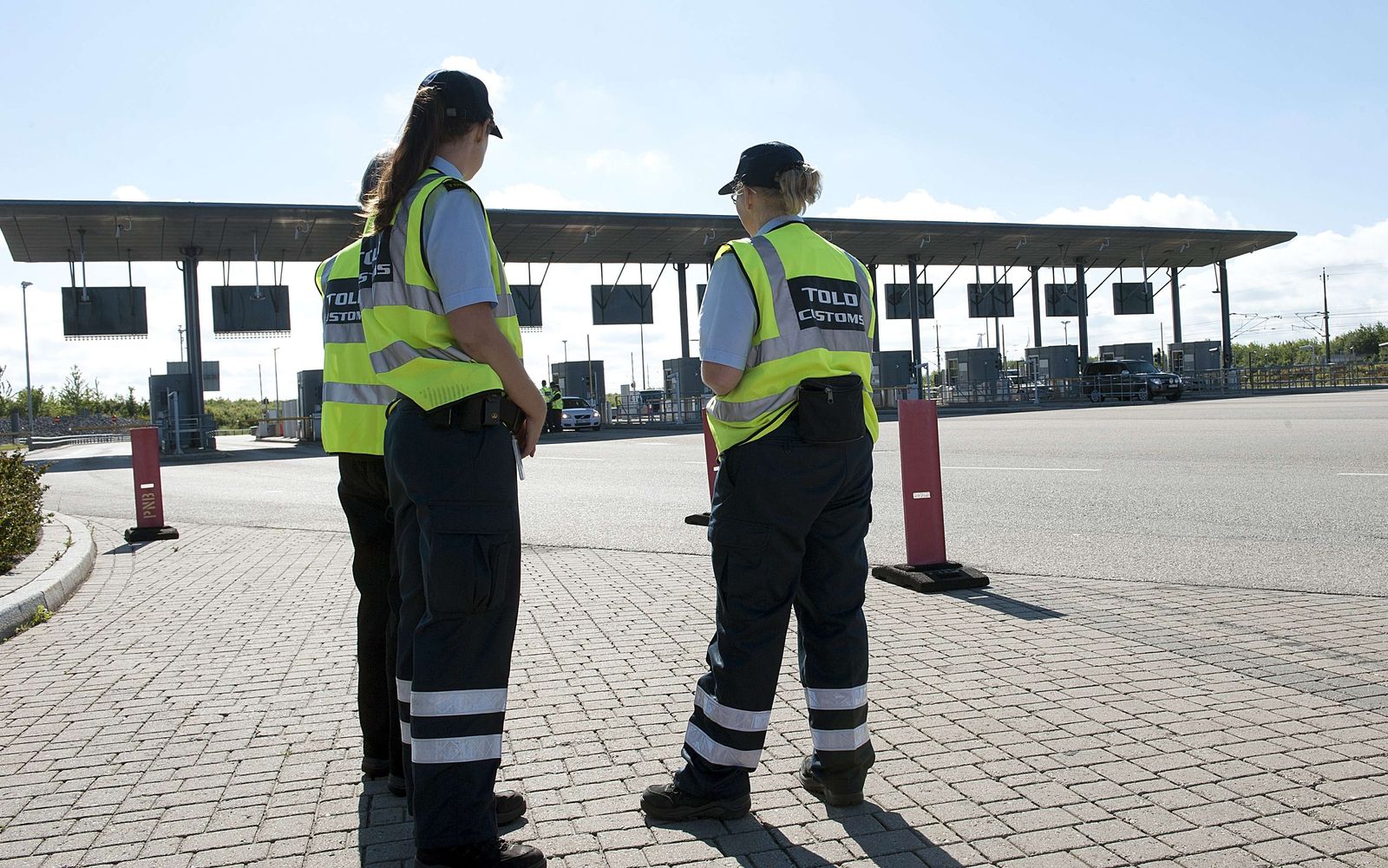 Here, Danish customs officers on the Oeresund Bridge between Denmark and Sweden. German Foreign Minister Guido Westerwelle said the reuntroduction of border controls by Denmark was an "unfortunate omen" for Europe. 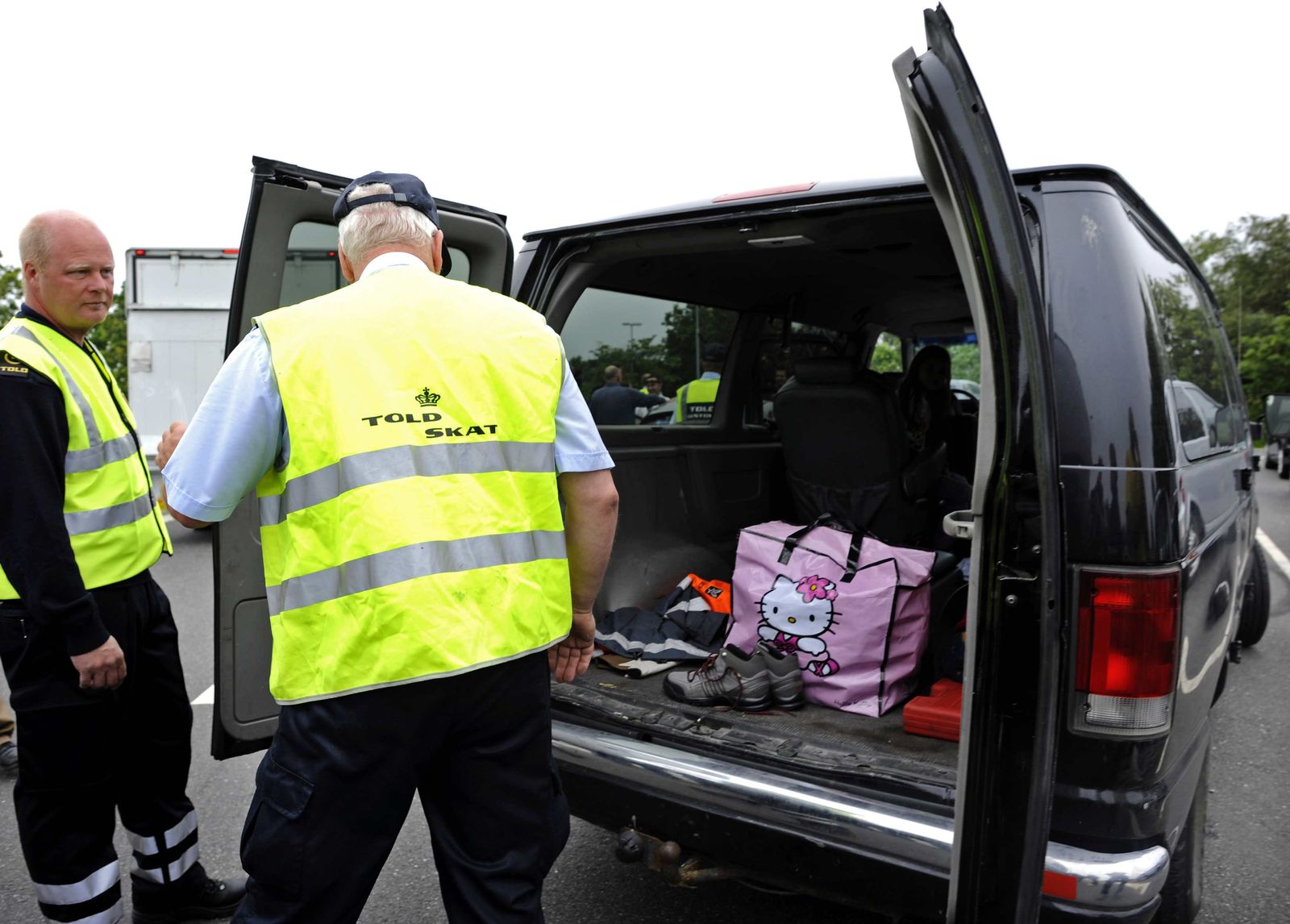 A Danish customs officer inspecting a vehicle on Tuesday on the border with Germany. The tougher controls were introduced at the behest of the right-wing populist Danish People's Party.