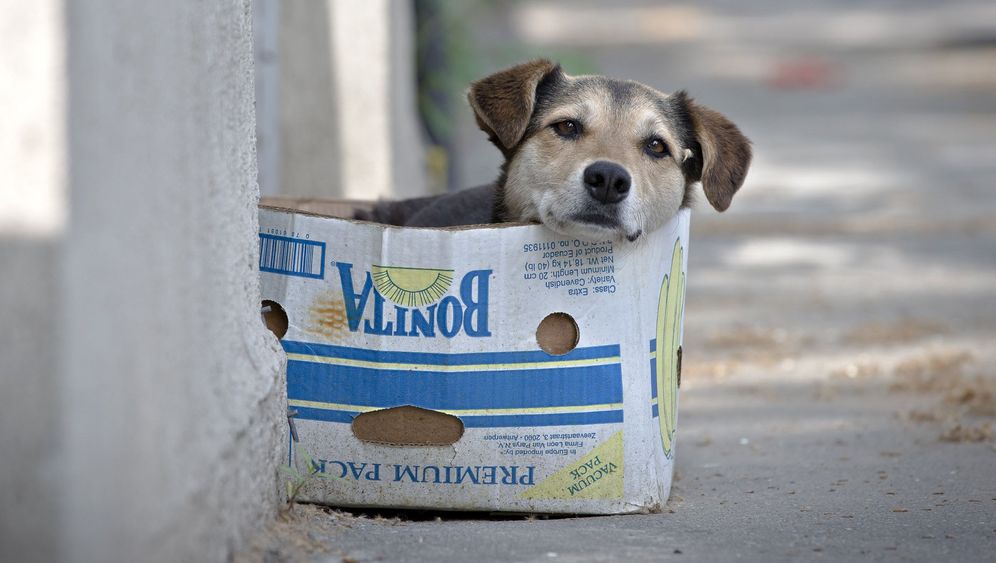 Little Ionut and his older brother Andrei just wanted to play. Their grandmother had taken the boys, four and six years old, respectively, to a park in Bucharest's Tei neighborhood. After a while, Ionut and Andrei walked out of the park -- they wanted to play on an abandoned lot nearby.

Their grandmother sat on a park bench as they played, and didn't see that her grandchildren had vanished. When she finally did notice, it was too late. Andrei ran to her. The dogs had only bitten him in the leg. "Grandma, the dogs have Ionut," he said.

Police later found the four-year-old boy in the bushes, half-eaten. Medical forensics experts later determined he had been bitten hundreds of times, and had bled to death from external injuries.

The deadly attack by feral dogs played out a week ago, and has drawn new public attention to a problem in Romania that has existed for years. Thousands of stray dogs have roamed the country's cities, and they are becoming increasingly dangerous.

In recent days, parents have protested angrily in Bucharest under the motto, "We're not dog food!" Ionut's death is the main story being covered by the Romanian media these days, and it is the subject of a lively debate on Internet forums. A recent poll shows that three-quarters of Bucharest residents support killing the feral dogs.

The outrage is hardly surprising. The authorities estimate there are several hundred thousand street dogs roaming through Romanian cities and communities, including around 65,000 in Bucharest. The Anti-Rabies Center at the Institute for Infectious Diseases has reported 10,000 people in the capital have been given immunizations after dog bites this year alone. Two-thousand of those patients were children. Last year, 16,000 residents of Bucharest reported being bitten by wild dogs -- 3,000 more than the year before. This recently prompted Romanian journalist Iulian Leca to write, "The street dogs have long since conquered Romania's cities. At night, especially, it is they and not the police who control the streets."

Authorities took action very swiftly after Ionut's death. After Romanian President Traian Basescu called on the government to quickly pass a bill that would permit the dogs to be euthanized, lawmakers approved the legislation Tuesday with a large majority. Under the new rules, stray dogs can be killed if authorities are unable to place them in animal shelters and if they are unable to find an owner within 14 days after a dog is captured.

The new law has unleashed protests by animal rights activists. A spokesperson for Four Paws, a Romanian group, described the new legislation as a "Stone Age law" and said the group planned to file a complaint with the European Commission in Brussels in order to prevent any kind of "mass decimation." Animal rights activists also want to file a complaint at Romania's highest court. It wouldn't be the first time, either. The Romanian parliament passed a similar law two years ago. After it was challenged, the Constitutional Court overturned it in January 2012 because of "procedural errors."

Animal rights activists abroad are also following developments in Romania closely, with social networks buzzing with protest over the apparent massacre of innocent strays. But those kinds of culling operations haven't even been undertaken. On Wednesday, Razvan Bancescu, the head of Bucharest's animal protection agency ASPA, denied such allegations. According to Bancescu, not a single dog has been euthanized since the boy's death.

With or without the law, it is unlikely Romania will be able to solve its dog problem very quickly. In addition to a lack of money and years of official ambivalence toward the issue, cities and municipalities lack larger animal shelters and the staff to keep the dog population under control. Until Ionut's death, Bucharest employed only 12 dog catchers. This week, it quickly moved to increase that number to 44.

And Ionut's death wasn't the first case suggesting the city needed to take urgent action. In 2012, a retired woman died in the northern Romanian city of Sathmar after a dog attack. Two months later, stray dogs killed a six-year-old boy in an eastern Romanian village. In January 2011, street dogs in Bucharest attacked a female employee of a recycling firm, and she died three days later of complications related to her injuries. In January 2006, a Japanese businessman bled to death in Bucharest after a dog bit him in the popliteal area of his knee and ruptured an artery.

The stray dogs are just one of many difficult legacies of the dictatorship of Nicolae Ceaucescu. In the course of the country's forced industrialization under his rule, thousands of rural Romanians flooded into the cities. Beginning in the 1970s, old apartment buildings were torn down to make room for new high rises. Many of the people who relocated didn't take their pets with them -- they just left the dogs behind on the streets, where their population quickly grew.

Although many Romanians support the radical new killing program to solve the issue, animal rights groups like Four Paws are instead calling for a mass sterilization program. This, they argue, would stop the animals from breeding and enable them to live out their lives on the street.

One of the dogs involved in the attack on Ionut has already been identified. Authorities said this was possible because of a chip implanted in the dog's ear. But they also said the dog had been sterilzed and that it belonged to a Bucharest animal rights group. The group, Caleidoscop, had adopted the dog in 2008 and was obligated not to let it loose again. State prosecutors are currently investigating members of the group and may file manslaughter charges.