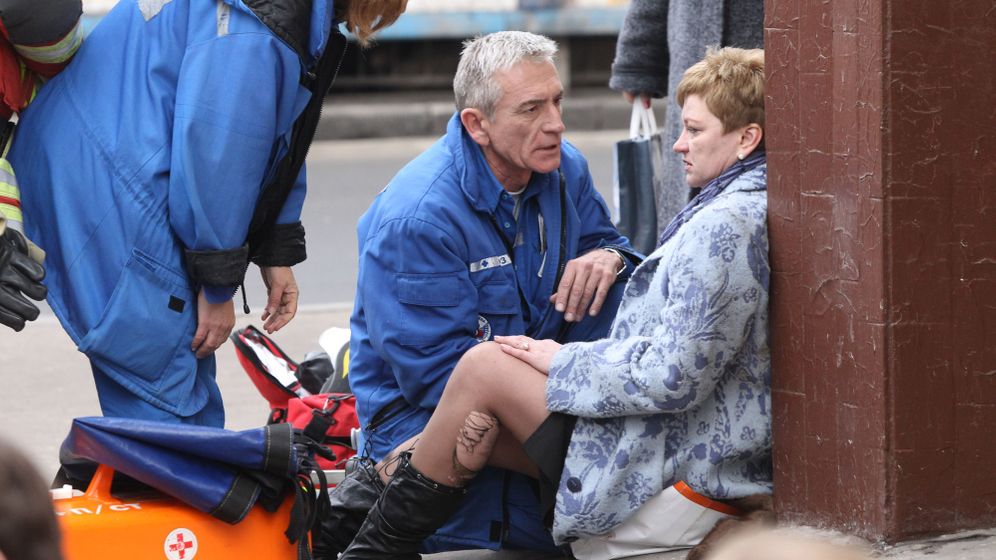 Russian police found a third explosive device in the Moscow Metro and managed to defuse it after two suicide bombings killed at least 38 people on two metro trains during the rush hour on Monday morning, the RIA Novosty agency reported, citing investigators.

Authorities said a suicide belt had been found at Park Kultury station where one of two female suicide attackers had blown herself up in a train in the morning, killing some 14 people. Some 40 minutes before the Park Kultury attack, the other bomber had detonated herself at the central Lubyanka station, beneath the offices of the FSB intelligence agency, killing some 24 people.

At least 64 passengers were injured in the blasts, according to press reports. No group immediately claimed responsibility, but Federal Security Service (FSB) chief Alexander Bortnikov said those responsible had links to the North Caucasus, where Islamist militants have threatened to attack cities and energy pipelines in Russia.

Bortnikov said: "Body parts belonging to two female suicide bombers were found ... and, according to initial data, these persons are linked to the North Caucasus."

Several previous attacks have been carried out by the widows of fighters killed in the region.

The attacks were condemned by leaders around the world. "The American people stand united with the people of Russia in opposition to violent extremism and heinous terrorist attacks that demonstrate such disregard for human life, and we condemn these outrageous acts," US President Barack Obama said in a statement.

NATO Secretary-General Anders Fogh Rasmussen, said: "There can be no justification for these kinds of attacks on innocent civilians. NATO remains committed to cooperating with Russia in the fight against international terrorism."

German Chancellor Angela Merkel expressed her shock and sent a condolence message to Russian President Dmitry Medvedev and the victims' families. She said the crimes were a setback for Russian efforts to increase security. "It is shocking that such attacks were possible in the middle of Moscow," she said during a trip to Turkey on Monday.

"Terrorists Will be Destroyed"

Medvedev ordered senior officials to fight terrorism "without hesitation, to the end" and ordered security to be stepped up across Russia. He added that human rights must be respected during police operations, a Kremlin spokesman said.

Russian Prime Minister Vladimir Putin, speaking to emergency officials, said: "A crime that is terrible in its consequences and heinous in its manner has been committed. I am confident that law enforcement bodies will spare no effort to track down and punish the criminals. Terrorists will be destroyed."

Russian authorities said the first suicide bomber blew herself up at 8 a.m. local time (6 a.m. CET) in the second carriage of a train at Lubyanka station with a bomb containing some three kilos of TNT. A Twitter user wrote that the Moscow police had subsequently blocked cell phone frequencies, presumably in order to prevent any further detonation by mobile phone.

Authorities called on people to stay calm, stay at home if possible and avoid public areas. The current death toll makes Monday's blasts the worst attack on Moscow since February 2004, when a suicide bombing killed at least 39 people and wounded more than 100 on a subway train.

There were further attacks on Moscow Metro stations in 2001, 1998 and 1996. Last November, 26 people were killed in an attack that derailed a train from Moscow to St Petersburg. A group of Islamic rebels claimed responsibility. 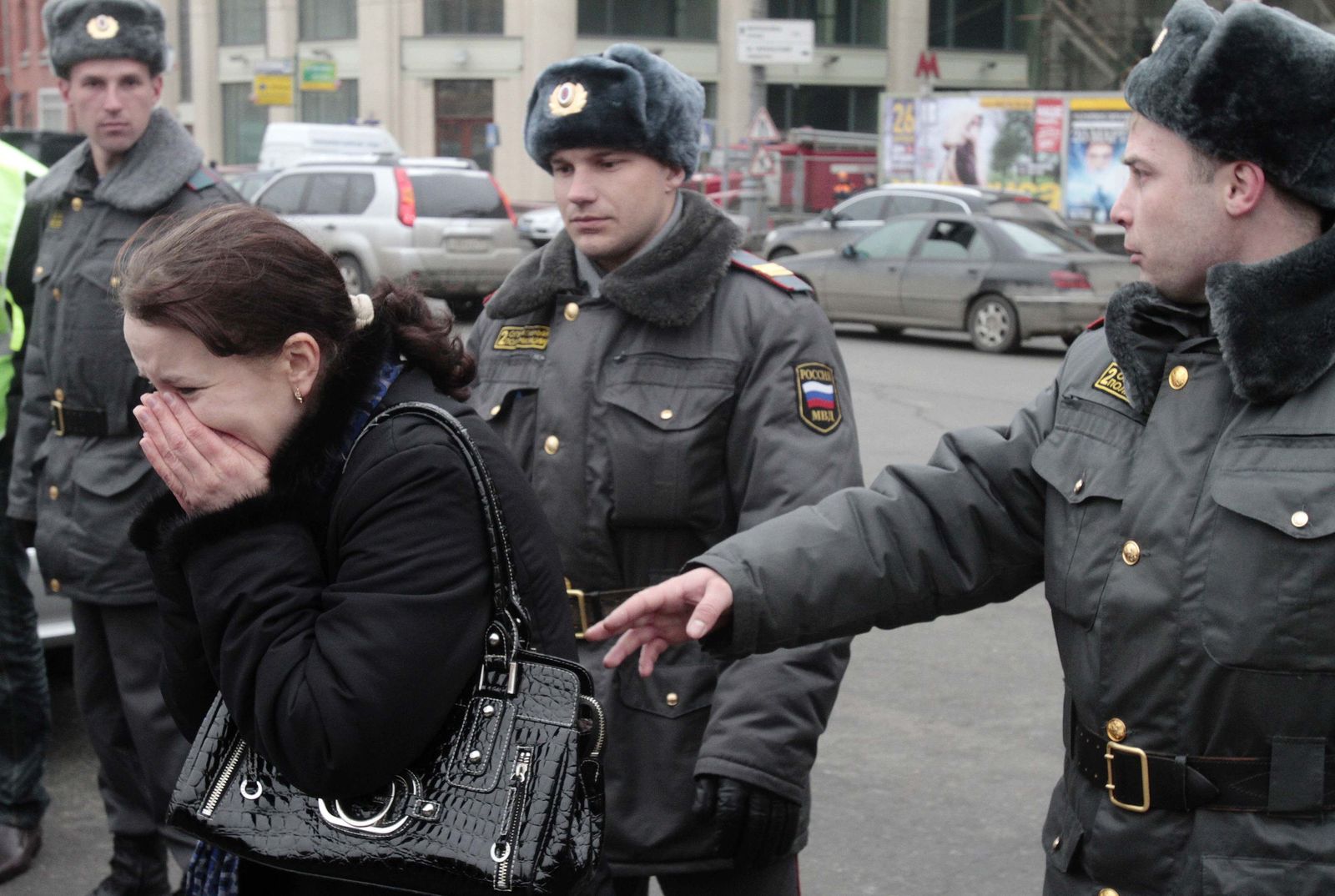 The first attack came just before 8 a.m. at the Lubyanka metro station, which lies near the headquarters of the Federal Security Service (FSB), Russia's main domestic security service. Here, Interior Ministry officers block a crying woman from entering the station.