Strache will be Strache.

After the entire world watched as he tried to lay the groundwork for installing a Hungary-esque media landscape in his country with Russian help, he complained in his Saturday press conference of a campaign "from abroad."

In an attempt to completely distort the situation, he expressed outrage about the hidden cameras that filmed him -- without addressing the obvious: That the video would have been of no interest at all if he hadn't spoken so clearly about his plans for reshaping Austria. The only source for the ignominy is he, himself. He built the boat, and he sank in it.

And yet, his entire statement of resignation was an attempt to share responsibility and assign blame to others.

He named some of them by name, such as the Israeli political consultant Tal Silberstein and the German satirist Jan Böhmermann. Mostly, though, he relied on innuendo. He spoke of networks and groups to ensure that it all sounded sufficiently ominous -- a horizon full of storm clouds in which all those who still supported him could see whatever they wanted.

The entire power of the extreme right depends heavily on such projections. A reason must be identified for why the system must be destroyed - and it is simply much easier to do so when playing the role of the victim.

Only after one can prove -- by pointing to a hostile power -- that the paths hitherto relied on for resolving conflict and finding compromise are unfair and threatening can there be the kind of extralegal state of emergency that justifies the most extreme of measures. Establishing the threat of a covert, omnipotent threat is the best way to mobilize such energies and mitigate scruples.

Following World War I in Germany, this function was fulfilled by the so-called Dolchstosslegende, or stab-in-the-back myth, the idea being that Germany would have won the war if the soldiers hadn't been betrayed by the leftist press, leftist politicians and Jews back home. For decades afterward, the right wing in Germany saw the Jews, the Communists and the Social Democrats as the agents of what they believed was an underestimated threat. That ultimately gave birth to the irrational hatred that fueled the most enormous crime in the history of humanity: the Holocaust.

Times have changed, as have the political movements. But the strategies used to justify radical positions remain extremely similar.

They do not depend on the exchange of reason and argument; they do not rely on open discourse. Rather, they depend solely on the mechanics of power. And once you get rid of critical journalists, according to this mechanical worldview, you are also freed of criticism. The threat, though, never dissipates. Furthermore, the fact that the right wing has had success at the polls and has been voted into government in many European countries is, according to this logic, by no means proof of the fairness of the system. Just as the failure of right-wing plans, such as Brexit, is no proof of their unsuitability. Everything is linked to larger, hidden powers that must be reacted to. It's not about shaping a political plan and choosing between political visions. Rather, it is about protection and imperative.

In the video, Strache speaks of the idealism of the political donors who support him -- people who "don't want Austria to be Islamisized." More than that: "They don't want their children and grandchildren to be destroyed." But the reference to a need for protecting children, and the parallel need of protecting women from foreign sex criminals, is not meant as a concrete political goal that could then be solved with a policy of more police or other measures. Rather, it is merely a reference to a threat facing humanity itself and the ongoing battle that leaves the right wing with little choice.

That's why the factually incorrect theory of the "great replacement" -- the idea that Europe's white, Christian population is intentionally being gradually replaced with Arabs and sub-Saharan Africans -- espoused by the French right-wing intellectual Renaud Camus is so effective: It places the majority in the position of the minority. And every single dark-skinned person strolling through Paris, every döner kebab bistro and every mosque then becomes proof of this invented invasion. But there is an additional component as well: Every incumbent politician is an accomplice, part of an alleged elite that is gathered in backrooms hammering out deals like the UN's Global Compact for Migration as part of the effort to replace the current population with Africans. The resulting scenario could hardly be more perfect: The presumed alliance of all people living in Africa with all of those who bear political responsibility in Europe results in the classic, right-wing inferiority fantasy.

This idea, albeit in slightly watered-down form, has long since become part of parliamentary debates in Europe. Alice Weidel, floor leader for the right-wing Alternative for Germany party in the German parliament, for example, warned in a speech marking the anniversary of the country's constitution that the ongoing migration crisis would "result in the long-lasting and dramatic transformation of the sovereign and of the people." The subtext is clear: How is it possible to speak of a fair system when even the state itself is being modified by the migrant-tolerant elite?

Such a standpoint leaves those who hold it with no choice. The self-described minority is faced with such dominant powers and constraints that conforming to the conventional practice of politics and obeying the rules seems naïve, if not traitorous. And that is why no proof is needed for such ideas. Indeed, the entire process of seeking truth in an open society is seen as a secret pillar of evil powers. The media, in this reading, are just the covert agent of their owners or some other power. There are, in fact, no people, only powers.

And that can all be heard in Strache's efforts to defend himself. He said he allowed himself to get carried away and make imprudent comments because the young woman was so attractive. He said he had consumed alcohol and wanted to impress her as a teenager would. He said that Johann Gudenus (his right-hand man who translated for him in the video and set up the meeting in the first place) had been approached by the decoy shortly after the death of his father. Strache, in short, sought to excuse himself by pointing to all-too-human failings: He sought to place the focus on seduction, inebriation and grief -- rather than on radical political plans. Here the well-meaning, weak men who are worried about the threats facing their children and grandchildren. There the cold mechanisms of foreign powers, a carefully planned political attack.

In this worldview, larger powers are facing off and all individuals can do is choose which side they are on. It is the same worldview promulgated by Islamists. They too wallow in a cult of victimhood, reject the political process and see ideology as the only path to power. That is why both reject the idea of open society. And even as they speak of each other, they focus their destructive energies on the liberal republic. That is their primary target.

The cult of victimhood, the belief in the necessity of doing battle against a vast and cunning power, the conviction of being hampered by unfair rules: All of that results in a decisive effect. It relieves them of having to take responsibility. The features of the imaginary enemy determine my own. My own personal responsibility pales because I must stand up to a threat that is much more powerful and which I can hardly even make out. Strache doesn't have to find fault with himself. Rather it is the media, the secret services and all the rest that are to blame for the video.

It would seem that some people can only handle the world if they look at it through such a narrow perspective. And that is the advantage of such ideologies: Radical ideas liberate us from freedom. 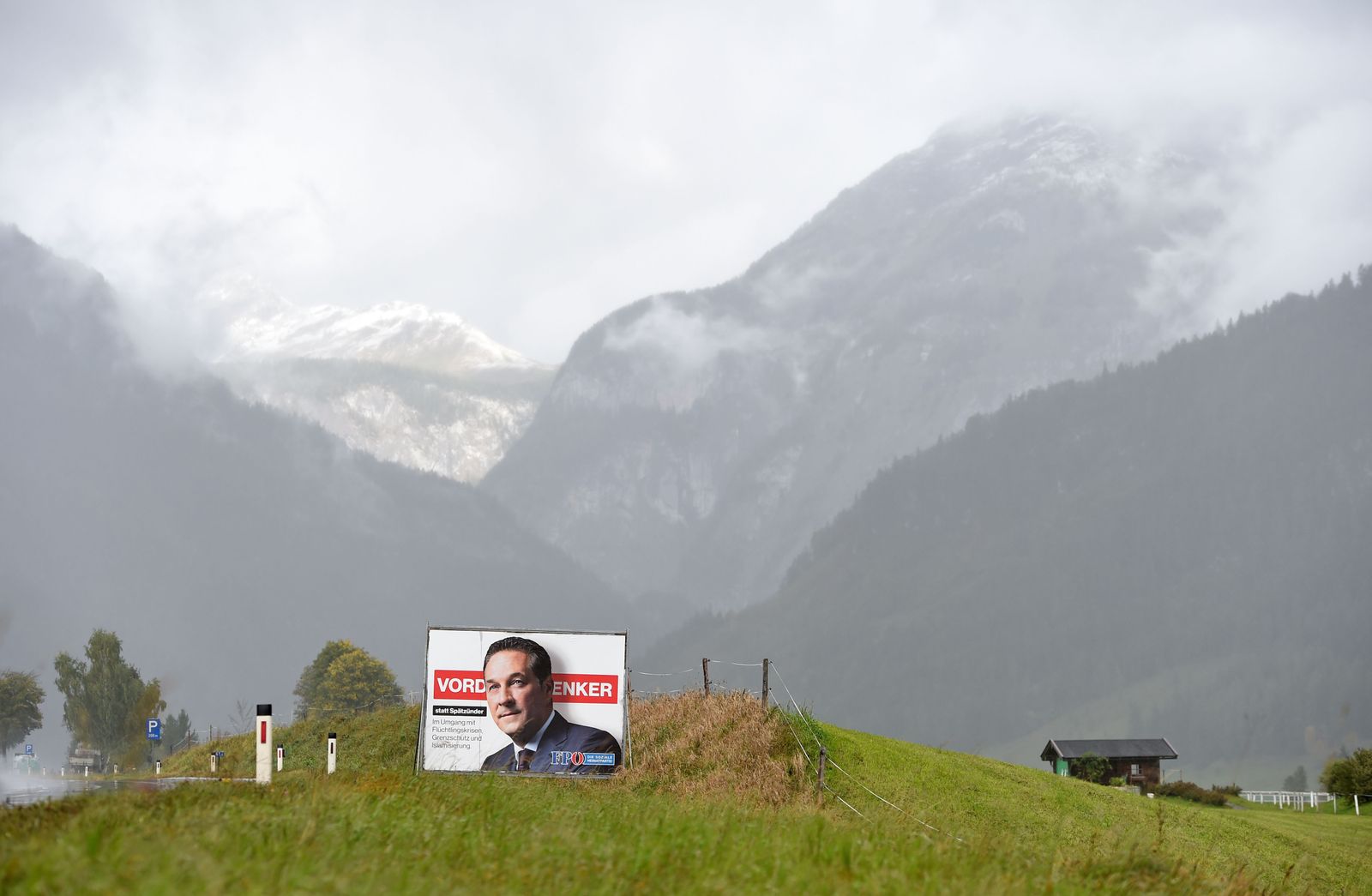