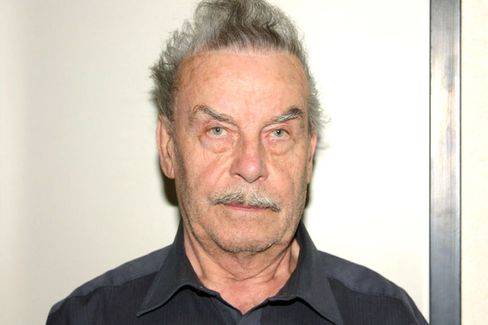 Josef F. is said to have kept his daughter and the children they had together in a windowless basement dungeon.

A man believed to have held his daughter captive in a basement for 24 years -- along with three of their children -- reportedly confessed his crimes to police on Monday.

Josef F., 73, "admitted that he locked his daughter, who was 18 at the time, in the cellar, that he repeatedly had sex with her, and that he is the father of her seven children," Franz Polzer, head of the Lower Austrian Bureau of Criminal Affairs, told the Associated Press. "He also admitted that he had burned one of the children in the building's furnace." The infant apparently died several days after birth because it had not been given proper care.

With a confession now in hand, Polzer told the media that investigators were also looking at other factors in the case which might implicate other people. Who provided for the kidnapping victims? he asked. How were the infants in the basement cared for?

Three of the children lived upstairs with F. and his wife, though his wife says she knew nothing about the incest because of an elaborate story Josef F. had spun. The other three children were forced to live with their mother in the windowless cellar, which had apparently been laid out at the time the home was built. The complex had a floor area of 80 square meters (about 860 square feet) and included a kitchen, several sleeping areas, a bathroom and a padded cell.

"We are confronted with an unfathomable crime," Austrian Interior Minister Günther Platter said. Coming less than two years after another Austrian, Natascha Kampusch, escaped from a similar dungeon where she had been held for eight and a half years, many in the stunned country are asking how a crime like this could have happened again.

Following his arrest on Saturday, Josef F. is being held on remand, and a DNA test is expected to confirm whether he is the childrens' father. Meanwhile, 42-year-old Elisabeth F. and her children are being given psychiatric treatment.

The Austrian news agency APA has reported that neither the mother nor her children had been provided with any medical care during their years of imprisonment. The suspect is believed only to have provided his victims with clothing and food.

Neither Josef F.'s wife, nor the three children living upstairs, have admitted to knowing about the dungeon. When F. took his daughter hostage he built an elaborate maze of lies, saying Elisabeth had run off to join a cult. He later placed three of their children at the door upstairs -- at least one with a note from their mother, claiming she had abandoned them and asking for help in raising them. Josef F. and his wife registered these children without local authorities detecting any foul play.

The three children who lived upstairs were in normal health, according to police.