The southern Austrian state of Carinthia was long a source of inspiration for right-wing populists across Europe. As early as 1989, the Freedom Party of Carinthia (FPK) briefly nabbed the governor's mansion in the state. In 1999, the right-wingers -- behind the charismatic leadership of Jörg Haider -- emerged victorious in state elections once again, and have managed to hold onto the state since.

Until Sunday, that is. In a key state election seen as a bellwether for the Austrian general election approaching in September, Carinthian voters delivered a painful blow to the FPK, the state chapter of the national Freedom Party of Austria (FPÖ). Sunday evening exit polls indicated that the FPK managed a mere 17.1 percent of the vote -- a veritable collapse since their 45 percent result four years ago. It was the largest vote-on-vote disintegration ever seen in postwar Austria.

The Social Democratic party SPÖ won with 37.1 percent of the vote, while the center-right ÖVP landed in third place with 14.2 percent. Notably, the 80-year-old billionaire businessman Frank Stronach managed to win 11.3 percent of the vote just a half year after bursting onto the Austrian political scene.

The right-wing populists' poor showing comes afternumerous corruption allegations stemming from the time when Jörg Haider set the tone on the Austrian right. Members of the FPK and the Haider splinter party Alliance for Austria's Future (BZÖ) -- which received just 6.5 percent in Carinthia on Sunday-- have been accused, investigated or indicted for just about every form of corruption imaginable in recent years.

Among the most notable cases is the purchase of Eurofighter jets under the aegis of BZÖ member Herbert Scheibner during his stint as defense secretary. He is under investigation for money laundering as part of that deal. In addition, the FPK has been heavily implicated in irregularities surrounding the sale of the Hypo-Alpe-Adria-Bank.

While politicians from other parties were also allegedly involved in bribery related to the sale, the reputation of Jörg Haider, who initiated the sale, has taken the biggest hit, particularly given his party's longstanding pledge to do away with the corruption endemic in the country's more established political camps. Haider died in an accident while driving drunk in 2008.

Sunday's result -- combined with their meager 8.2 percent showing in the other Austrian state election on Sunday, in Lower Austria -- does not bode well for the right-wing populists this autumn. "It was a clear rejection and a … clear demand for a restart," said a visibly irate FPÖ head Hans-Christian Strache on Austrian television on Monday morning. "There is no way around it. A renewal is necessary. The result is extremely disappointing, but the voters are always right."

As recently as last year, the populists under Strache's leadership had been in pole position, briefly leading in public opinion surveys. Lately, nationwide surveys have indicated sliding support, though, with the FPÖ now in third place behind the center-left SPÖ and center-right ÖVP.

And billionaire candidate Stronach's rise could further eat into the FPÖ's support. His party received a respectable 9.8 percent in Lower Austria on Sunday. While Stronach vehemently rejects the FPÖ's anti-immigrant stance, he is very skeptical of the euro and the European Union, positioning him well to siphon off additional voters from the right wing this fall. 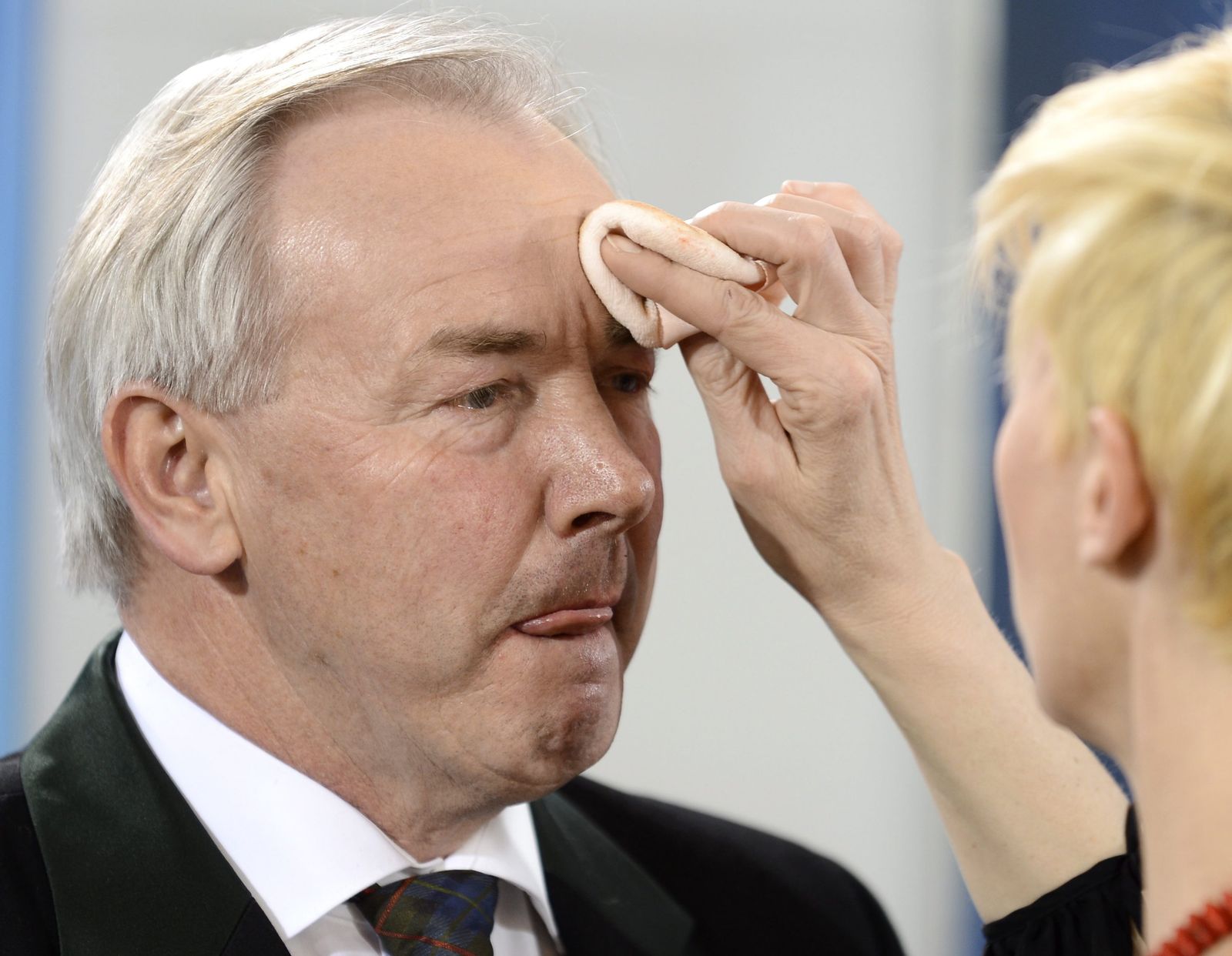 Gerhard Dörfler of the Freedom Party of Carinthia lost badly on Sunday.