French authorities have uncovered another lead suggesting that Friday's attacks in Paris were planned in Syria. Information obtained by SPIEGEL indicates that investigators have identified the speaker of the audio message by the Islamic State (IS) claiming responsibility for the attacks. The message was distributed after the massacre. The French national has long been known to investigators and he is currently believed to be in Raqqa, where the Islamic State is headquartered.

According to information obtained by investigators, the French national speaking the message is Fabien Clain, who has been active in the Islamist scene for over a decade and spent time in a French prison before departing for Syria. He is considered to be a member of a cell that regularly produces propaganda for Islamic State and distributes it over the Internet.

The speaker's identity is further evidence for the theory that the attacks on Friday may have been orchestrated by the ranks of IS in Syria.

Investigators believe the message was produced in an IS-controlled area and that it was translated there into several languages. The exact time of the audio message's creation is unclear. Although it betrays nothing by way of insider knowledge, investigators no longer have any doubt it should be viewed as an authentic claim of responsibility by IS. In the message, the voice of Clain's brother can also be heard as he sings a so-called nasheed, a typical IS battle song. Jean-Michel Clain was born in 1980 and it is believed that he has been living in Syria since February 2014.

A Conviction for Attempting to Form Terror Cell

French authorities consider Fabien Clain, 35, to have been a central figure in the Islamist scene in the French city of Toulouse. In April, he is suspected of having attempted to direct a terrorist attack in the village of Villejuif south of Paris. He used encrypted messages at the time to radicalize a young Islamist with Algerian roots, who was then intended to carry out the attack.

Clain was extremely professional in the communications he conducted from Syria. Using code words, he directed the perpetrator to a Renault Mégane vehicle in which other accomplices had planted weapons for the attack. The only reason the attack failed was that the perpetrator accidentally shot himself in the leg, and was so badly injured he could no longer carry it out.

It is believed that Clain's radicalization began as far back as the end of the 1990s. According to French authorities, he founded a Salafist group together with his brother after the Sept. 2001 terror attacks. In 2009, a French court sentenced him to five years in prison for attempting to establish a terrorist cell that wanted to move from France to Iraq. After his release in 2014, he went to Syria.

Clain is an example of just how tightly woven the network of Islamists in France is. In the past, the French media reported that Clain was also in contact with Mohamed Merah. In 2012, Merah committed attacks in southern France against French soldiers and Jewish residents and was later shot and killed by police after an hours-long standoff at his hideout. 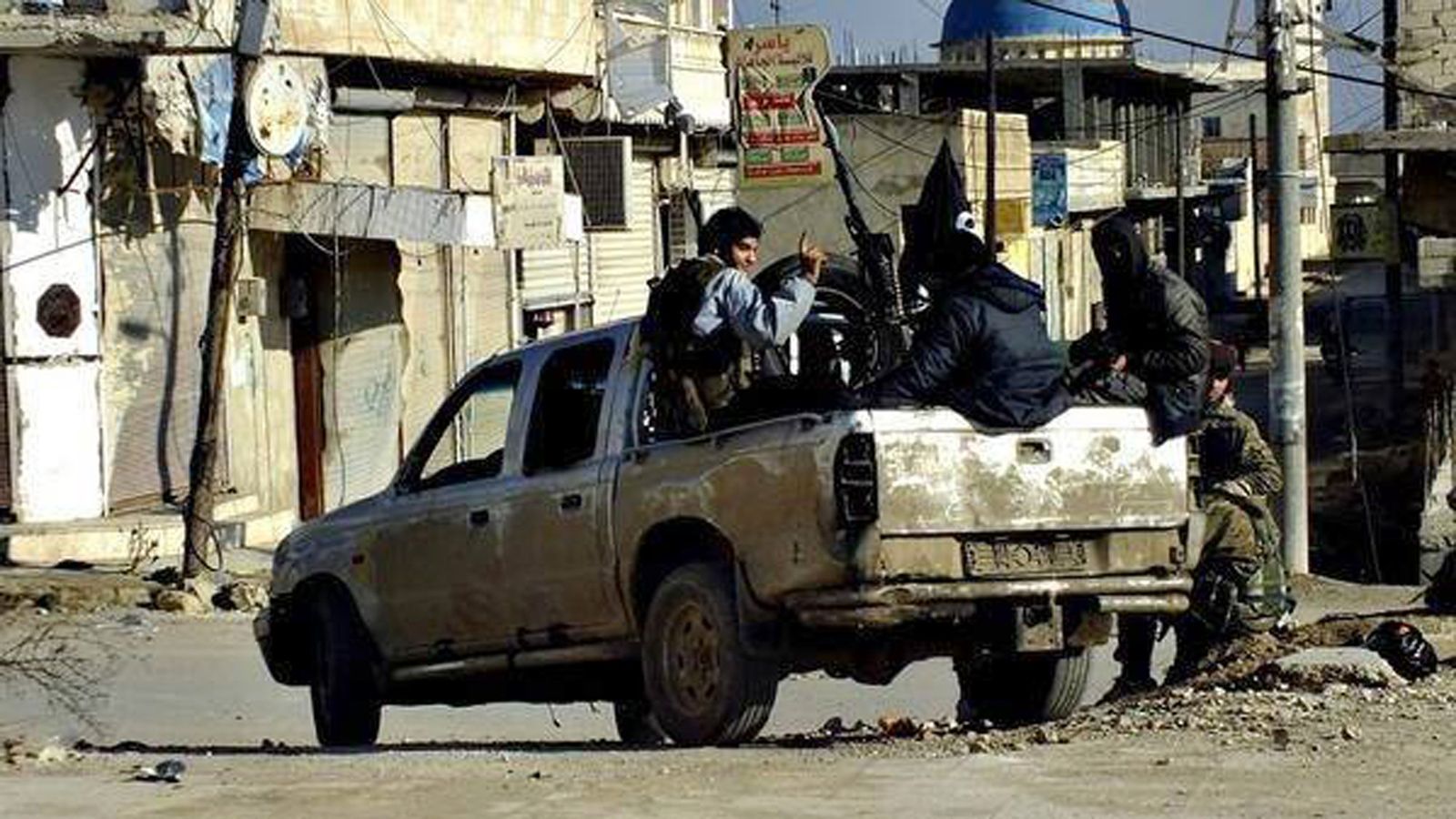 Fighters in Raqqa, the city where Islamic State has its headquarters. French investigators believe Friday's deadly attack in Paris was planned in Syria.