Timo Soini, 48, grins as he takes an enormous bite out of his shrimp sandwich. "I am just traditionally Finnish. Nothing more than that," he says. His appearance lends credence to the claim. He is a tad on the heavy side, with straw-blond hair combed straight back and a round, friendly face. Soini loves his sauna, his summer house and going to the harness races.

"Everyone needs roots," he recently told SPIEGEL ONLINE. "In that sense, I am also a populist."

Soini is the head of the True Finns political party, the most recent arrival on Europe's right-wing populist scene and one that is armed with the usual collection of phobias. He is anti-immigration, anti-Muslim, anti-abortion and anti-Europe. Of particular concern on the Continent, however, is Soini's extreme skepticism regarding efforts to provide euro-zone aid to heavily indebted Portugal. And should his party do well in general elections on Sunday, the True Finns -- together with anti-bailout allies -- could block efforts to prop up Portugal.

"I'm not a bad person," Soini told the Wall Street Journal recently. "I'm just saying that bailing out these countries is not going to function. It is outrageous that countries which have governed their economy badly are now putting their problems and debt on Finnish taxpayers."

Struggle to Save the Euro

Recent political polls have shown that the True Finns stand to receive up to 18 percent of the vote on Sunday, up from just 4 percent in the 2007 election. In addition, the center-left Social Democrats, which have likewise said recently they would vote against the Portugal bailout package, are hovering around 20 percent.

Euro-zone aid money from the European Financial Stability Facility (EFSF) must be unanimously approved by euro-zone countries. And Finland is the only country in the common currency union that requires parliamentary approval before lending its support to payouts. This means that Sunday's election has suddenly vaulted Finland -- and the True Finns -- into the center of the struggle to save the euro.

While no numbers have been officially confirmed, it is thought that Portugal is seeking €80 billion ($115.6 billion) from the EFSF in order to meet its obligations for the next three years. After resisting for months, Lisbon made its aid request two weeks ago. It is the third country, following Greece and Ireland, which has sought assistance from the EU.

According to the Financial Times, European Union officials have begun working on a plan B in case Finland ultimately fails to approve the Portugal bailout, scheduled to be finalized in May. The Finnish Social Democrats already voted against the bailout packages for Greece and Ireland, but the country's centrist-conservative government -- a pro-Europe coalition led by Prime Minister Mari Kiviniemi -- was able to prevail in parliament.

Disgust with the Mainstream

The rise of the True Finns is just the latest indication that the reign of center-left parties in Scandinavia is approaching its end. While the right-wing populists in Sweden only managed 5.7 percent in 2010, the Danish People's Party received 13.9 percent in 2007 parliamentary elections and their counterparts in Norway raked in 22.9 percent. There is a possibility that the True Finns could emerge as the country's second-strongest party on Sunday.

While the party's rise has mirrored that of similar political groups across Europe, its most recent boost has been assisted by events at home in Finland. After years of enjoying top rankings when it comes to financial stability, education and the fight against corruption, Prime Minister Kiviniemi's predecessor, Matti Vanhanen, resigned amid revelations that he had accepted dubious payments from a large real estate fund. Several other mini-scandals have likewise led to growing Finnish disgust with mainstream parties.

And while the anti-Islam, xenophobic platform of the True Finns may repel many, the core of the party's message is patriotism -- one combining traditionalism, conservatism and an image of being upfront and down-to-earth. Soini himself seeks to be an embodiment of that image. He has lived in the same 90-square-meter (970 square foot) apartment in Espoo, the second-largest city in Finland, for the last 42 years.

'Members Rather than Subjects'

It was partly that background which led him to quickly recognize the growing anger in Finland with the succession of euro-zone bailouts that -- from the perspective of many in the country -- have mainly benefitted countries that have not traditionally been as fiscally conservative as Finland. Finns, as he sees it, are growing tired of always toeing the Brussels line.

"In the past, Finland has always been the good pupil, following the EU rules," Juha Jokela, head of the Finnish Institute of International Affairs, told the Financial Times. "But now we are seeing more critical debate. We are becoming true members rather than subjects."

And should the True Finns do well on Sunday, the country could also become a major hurdle on the euro's road back to health. 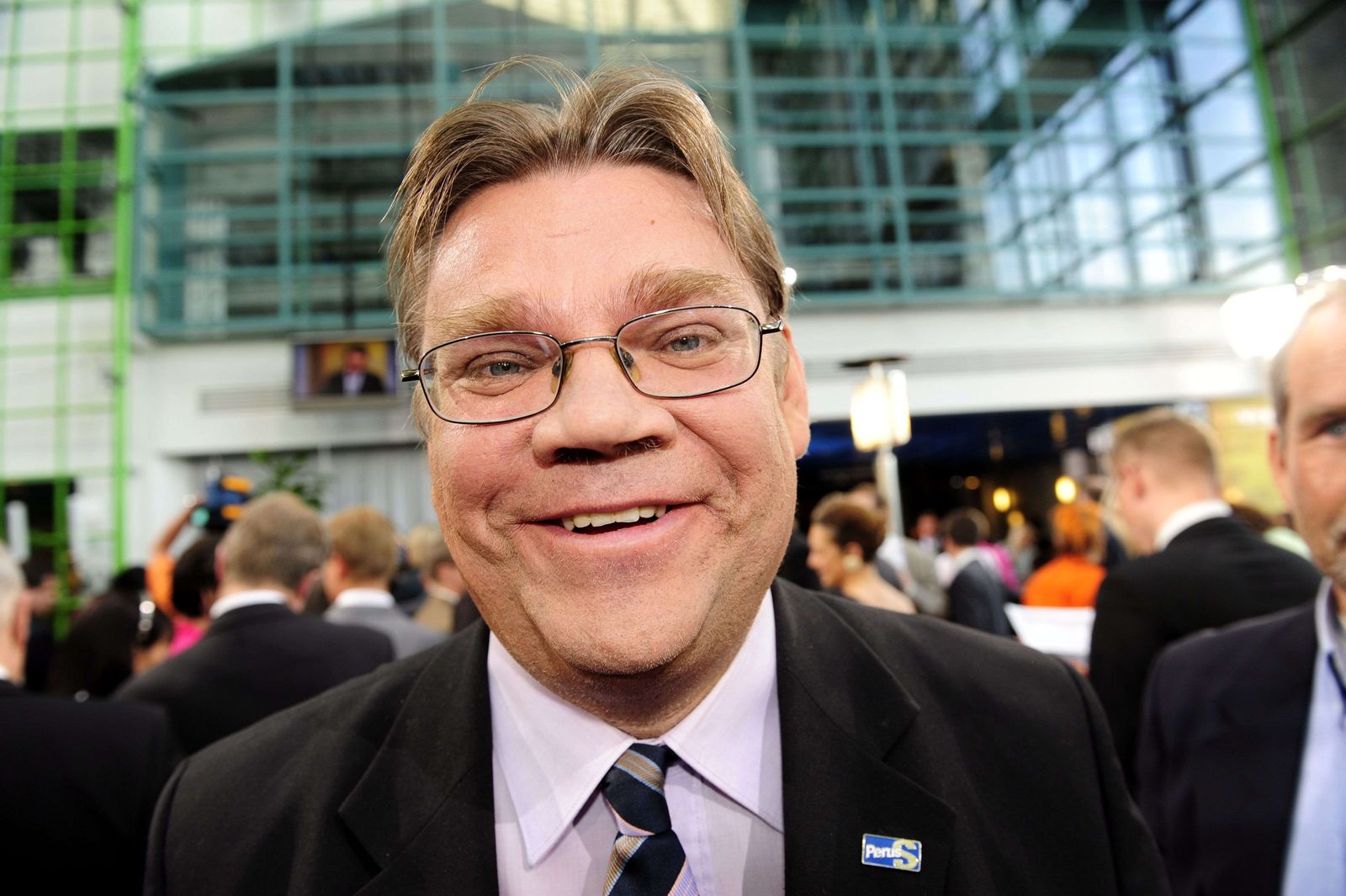