For a while there, it looked as though the questions surrounding Greece's budgetary and sovereign debt difficulties had been solved. In early March, Athens passed strict austerity measures aimed at satisfying concerns within the EU that the country was not doing enough to shrink its bloated budget deficit. In the same week, the EU once again signalled that it was working on measures aimed at helping Greece should bankruptcy loom. And Greece successfully floated a €5 billion ($6.7 billion) bond offering, banishing fears that investors would stay away in droves.

Since then, however, confusion has reigned. With just a few days remaining before a European Union summit in Brussels, there is little agreement in the 27-member bloc -- and even less within the 16 countries belonging to Europe's common currency union -- about what exactly should be done to help Greece. Germany, in particular, has been reluctant to agree to any kind of aid.

On Monday, European Commission President Jose Manuel Barroso upped the pressure on German Chancellor Angela Merkel. "It is also in Germany's interest to defend the stability of the European currency union," he said in an interview with the financial daily Handelsblatt. "As such, I am confident that Germany will make a constructive contribution to the solution of the current crisis."

In an apparent jab at Merkel, he went on to say, "Of course it is sometimes uncomfortable for heads of government to make decisions not when they want to, but rather when it is necessary."

European frustration with Germany has grown in recent weeks as Berlin has consistently refused to sign on to any plan that would create a mechanism for the transfer of money to Athens. Indeed, Merkel's government has even seemed interested at times in slowing the debate with seemingly unrealistic proposals. Earlier this month, German Finance Minister Wolfgang Schäuble suggested the creation of a kind of European Monetary Fund on the model of the International Monetary Fund -- an idea that received only tepid support from a handful of EU states. And last week, Merkel spoke openly about the possibility of throwing out euro-zone members that repeatedly violate the currency union's stability rules.

Both proposals would likely require amendments to the Lisbon Treaty, the reform document which was finally approved in 2009 after years of bickering and setbacks. On Sunday, Merkel once again expressed her doubts about a bailout package for Greece. Speaking to German radio, Merkel said that one shouldn't "generate false expectations for the EU summit on Thursday." A government spokesman added that aid for Greece would lead "all other deficit countries in the EU to depend on aid as well."

More than anything, Merkel is concerned about an electorate that is firmly against a bailout for Greece, particularly given that Germany, as the largest economy in the euro zone, would likely have to contribute the lion's share of any aid package -- should one become necessary. Greek Prime Minister Georgios Papandreou once again reminded his EU colleagues on Sunday that Athens was currently in no need of financial aid.

Still, even should a mechanism be created that would allow such aid, there is a significant risk that it would be challenged in Germany's high court.

Commission President Barroso is certain that, despite the euro zone's "no bailout" clause, help for Greece would be allowed under Article 136 of the Lisbon Treaty, which provides for the "proper functioning of economic and monetary union." But there are many in Germany, including a number of well-respected economists, who argue that providing money to Athens would mean a further blurring of nation-state borders within the European Union -- the kind of blurring that may not be allowed by Germany's constitution. Some have threatened to challenge any package in court.

Merkel and Barroso weren't the only ones to speak up about the euro's woes over the weekend. European Commissioner for Economic and Monetary Affairs Olli Rehn proposed in an interview with the weekly Welt am Sonntag that the Commission should be tasked with examining member-state budgets before they are passed. The Commission has long had oversight authority, but national budgets are only sent to Brussels once they have been passed by domestic legislatures. "That is too late," Rehn said. Like those from Berlin, his proposal would also require an amendment to the Lisbon Treaty. 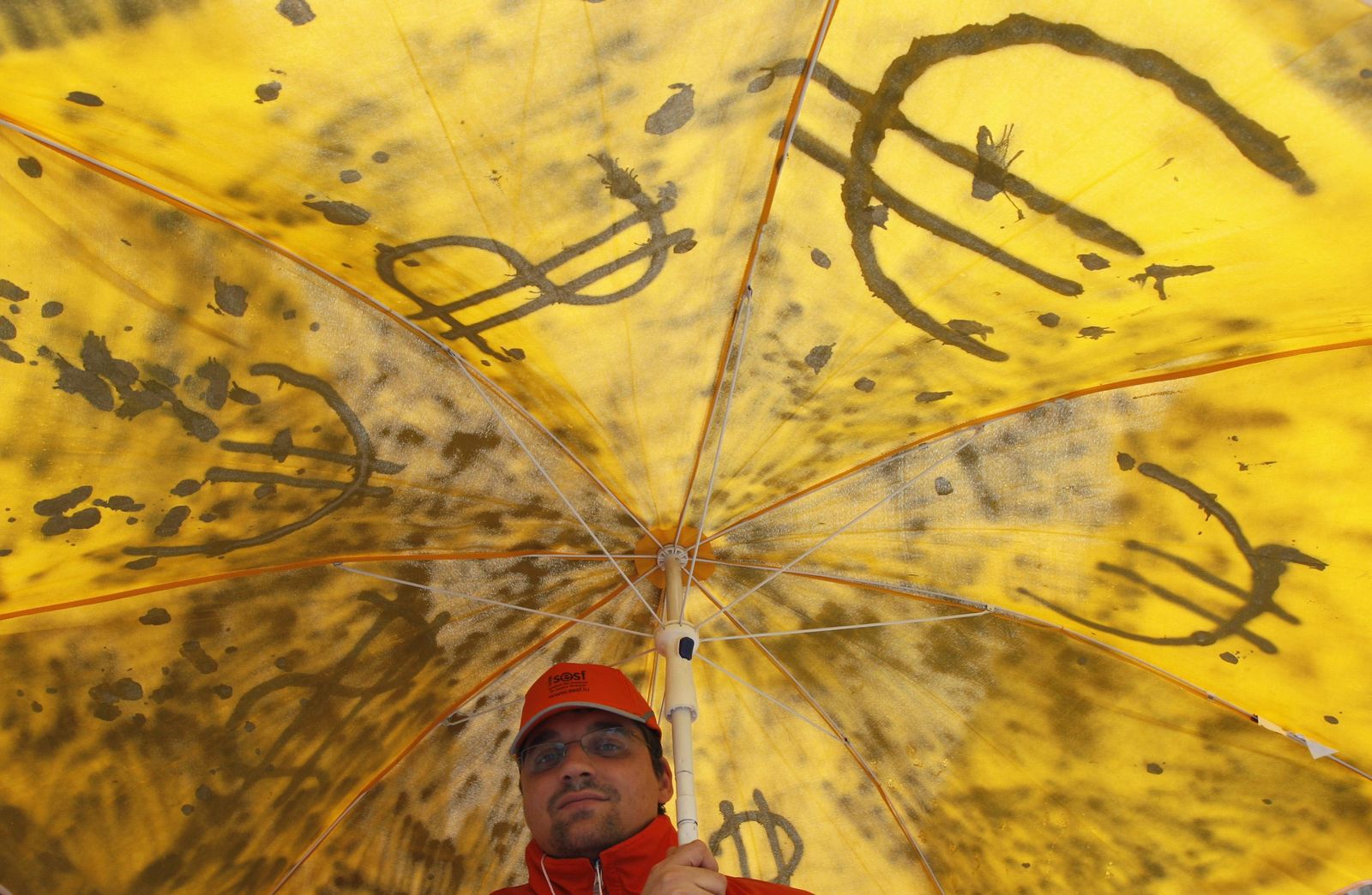 Ahead of a European Union summit on Thursday, concern for the European common currency is once again high on the agenda.