Germany's new man in Brussels, the governor of Baden-Württemberg, Günther Oettinger, came across as a model eurocrat in his appearance before the European Parliament Thursday. He demonstrated that he can trot out suitably bland phrases just as competently as his future colleagues. Each topic, no matter how obscure, "will and should receive our attention," he said. He wants to make practically everything into a "priority" and to "win the support of national governments." And so on, and so forth -- and all delivered in the accent typical of Oettinger's native Swabia in southwestern Germany.

It's clear that Oettinger wants to make something of his new job. But he appears not to really know what he wants, especially as he seems to prefer to speculate about "the decade after next."

It suffices to hear just a few sentences from Oettinger to understand why he was no longer tolerated as the governor of Baden-Württemberg. At some point in his career -- it's not clear when -- he lost his political core. What's left are long-winded generalities lacking in real substance.

He doesn't come across much better in writing, either. The statements that Oettinger had earlier submitted as responses to a European Parliament questionnaire included passages like this: "Personally, from my early youth I have been influenced by Franco-German reconciliation, the establishment of a united Europe, cooperation across borders and togetherness between individuals on both sides of the border."

Since the beginning of the week, the 27 future commissioners have been answering questions in front of the European Parliament. Theoretically, these public hearings are supposed to be a democratic highlight of the EU, a body that is not exactly over-endowed in the democracy department. Each candidate has to spend three hours answering questions about what they intend to do in the department that President Barroso has assigned to them. Would they help or hinder Turkey's bid to join the EU, for example? Do they support phasing out nuclear power or a return to atomic energy? More money for farmers, or less?

Some candidates come across as very capable, such as Belgium's Karel de Gucht or Spain's Joaquin Almunia. But most of them only repeat the soundbites that have been drummed into them during Commission seminars in recent weeks. Instead of being a highlight of democracy, the hearings are an 81-hour marathon of waffling. Everyone wants to "overcome the crisis" and to promote a "sustainable economy" -- "knowledge-based," of course -- and they naturally have a "roadmap" that shows how they plan to do it.

There are certainly reasons for the shirking of substance. The incoming commissioners want to present themselves as being both eloquent and able, but they want to avoid taking concrete positions. Even worse, there is a real danger that a commissioner will be unable to fulfil promises made to the Parliament, even if he or she wants to. After all, a commissioner's power is limited at best. They have little control over personnel or finances and almost no political leverage. The Commission makes decisions as an entirety, and tends to follow the political course laid out by President Barroso and important EU member states.

For the 736 members of the European Parliament, on the other hand, the inauguration of a new Commission is an opportunity to use some of the little power they have -- they can even reject Barroso and his entire team if they want. The Parliament cannot refuse individual commissioners; it can only refrain from approving the body as a whole. But five years ago, the last time the Commission was approved, it was enough just to threaten Barroso with the prospect of a "no" vote. In line with the Parliament's wishes, Barroso steered one candidate into a less influential position and sent another one home all together.

This week, the Parliament is flexing its muscles once again. Floor leaders for the various political groups had been hoping that the process would proceed apace, particularly given the tight time schedule facing the approval process. The installation of the new Commission is already overdue -- a result of the late ratification of the Lisbon Treaty. The hope was that no further delays would be forthcoming.

That effort, however, appears to have failed.

Many parliamentarians consider the selection of Finnish liberal Olli Rehn -- who up until now served as enlargement commissioner -- to be the wrong choice for the economics and monetary affairs portfolio. Even Christian Democrats would like to see Spanish Socialist Almunia continue in this post. An even worse choice, in the view of many parliamentarians, is Lithuania's Algirdas Semeta, who is tapped for the tax and anti-fraud dossier.

But it's Bulgarian Foreign Minister Rumiana Jeleva who is creating the biggest trouble. During her time as a member of the European Parliament from 2007 to 2009 -- she gave up her seat in July to head up the Foreign Ministry in Sofia -- she is alleged to have kept quiet about her role as head an owner of a company called Global Consult. She allegedly remains a part owner of the company today, and she still hasn't disclosed that fact as she is required to do by EU rules. Jeleva has denied the allegations.

Her hearing before the European Parliament on Wednesday was a far cry from the normally staid nature of proceedings there. Questioners raised their voices and Antonyia Parvanova, a liberal member of parliament also from Bulgaria, distributed tax documents aimed at disproving Jeleva's claims. They were, however, singularly unhelpful as they were all written in Bulgarian.

Others questioned the 40-year-old conservative about -- so far unproven -- rumors that her husband has ties to the mafia. Whether Jeleva will ultimately be seated on the Commission remains an open question. It is said that Bulgaria's deputy defense minister, Nikolay Mladenov, is waiting in the wings should Jeleva be forced to withdraw her candidacy.

A Test of Power for Barroso

It has been a difficult week for Commission President Barroso -- in no small part because the parliament is testing its power in other ways as well. The Commission, for example, will in the future be required to present legislation based on parliament's proposals within one year. Until now, Barroso's Commission was able to endlessly delay petitions not to its liking. But with the Treaty of Lisbon explicitly granting the European Parliament a greater say, representatives are eager to test the boundaries. They are demanding the right to more information from the Commission, a say in the selection of certain posts within the EU executive and the possibility not just to reject an entire Commission, but also individual commissioners.

If Barroso doesn't budge, spokespersons from each major political party grouping in parliament are threatening to reject his proposed Commission on Jan. 26. Then Brussels would have to wait even longer to get its next Commission. 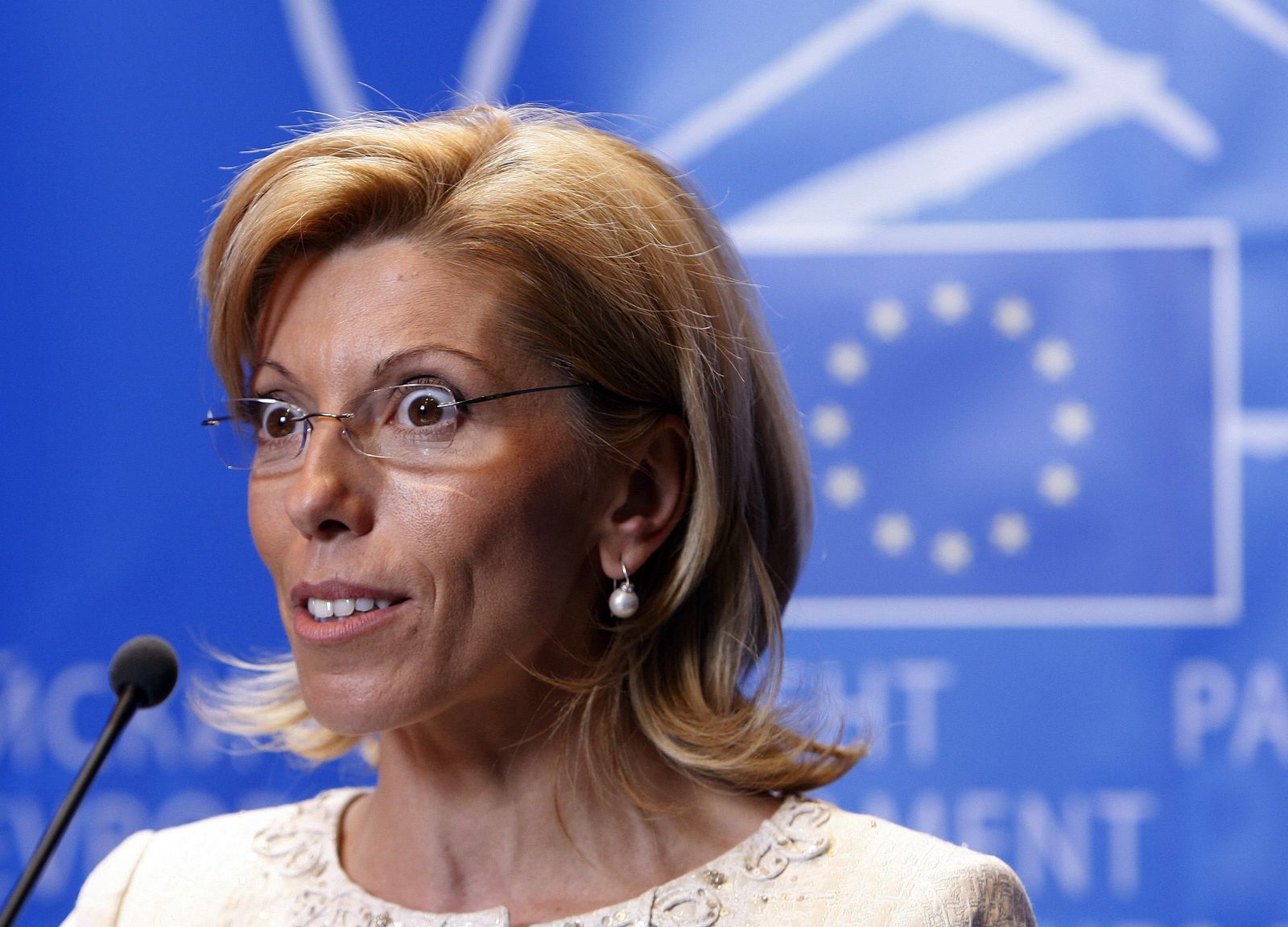 Bulgaria's candidate for European commissioner, Rumiana Jeleva, is accused of not disclosing all her financial interests.