Striking statements were made by one of Europe's most powerful men on Monday night, when European Commission President José Manuel Barroso said the strict austerity measures thus far imposed on the EU's beleaguered economies may have reached their political limits.

Although this policy is "fundamentally right," it has nevertheless "reached its limits," he told a conference in Brussels. "A policy, to be successful, not only has to be properly designed, it has to have the minimum of political and social support," he added.

Barroso's comments came just ahead of the release of the EU's latest budget deficit numbers by the body's statistics agency Eurostat on Monday. They showed that for 2012, though Europe's combined deficit level dropped, the overall debt for the 17 members of the EU currency union jumped from €8.2 trillion ($10.7 trillion) to €8.6 trillion. The drastic belt-tightening policies imposed on a number of ailing member states have apparently had little effect. On the contrary, many theorize that the spending cuts intensify budgetary problems because they stifle growth, which has prompted fierce protest in the Southern European countries in recession.

Barroso suggested that these countries in crisis be given more time to bring their deficits down to the required 3 percent of gross domestic product (GDP). Spain and Greece, for example, are far from reaching that goal, with both of their budgetary deficits at 10 and 10.6 percent respectively, according to Eurostat. France, too, is running a deficit above its target of 4.5 percent, reaching 4.8 percent of GDP for 2012. While these countries are still expected to bring their deficits down, Barroso said that there should be a discussion about how quickly that needs to happen.

"We need to combine the indispensable correction in public finances, huge deficits, huge public debt ... with proper measures for growth," he said.

Barroso has always supported growth-friendly budget consolidation, but some have interpreted his latest comments as a possible shift in Europe's approach to austerity, which would be welcomed by EU leaders hungry to see more growth. The European Commission is set to decide on May 29 whether to recommend that EU finance ministers give France and Spain an extra year to bring their deficits down to 3 percent of GDP, moving the deadline to 2015. And while it remains unclear what they will do, a move to ease austerity would be met with intense resistance from Germany -- which Eurostat showed was the only EU country to have a budget surplus last year. Chancellor Angela Merkel has pushed tirelessly for the EU to maintain strict austerity despite pleas from Paris and Madrid, where lawmakers want permission to amass more debt in the short term to jumpstart their economies.

On Tuesday, German Foreign Minister Guido Westerwelle maintained Germany's position, warning against a move away from austerity. "We are convinced that if we give up on the policies of budgetary consolidation, if we fall back into the old policies of racking up debts, then we will cement mass unemployment for many years in Europe," he said in Brussels. Growth cannot be purchased with new debts, he added, saying that "growth and consolidation policies are two sides of the same coin." 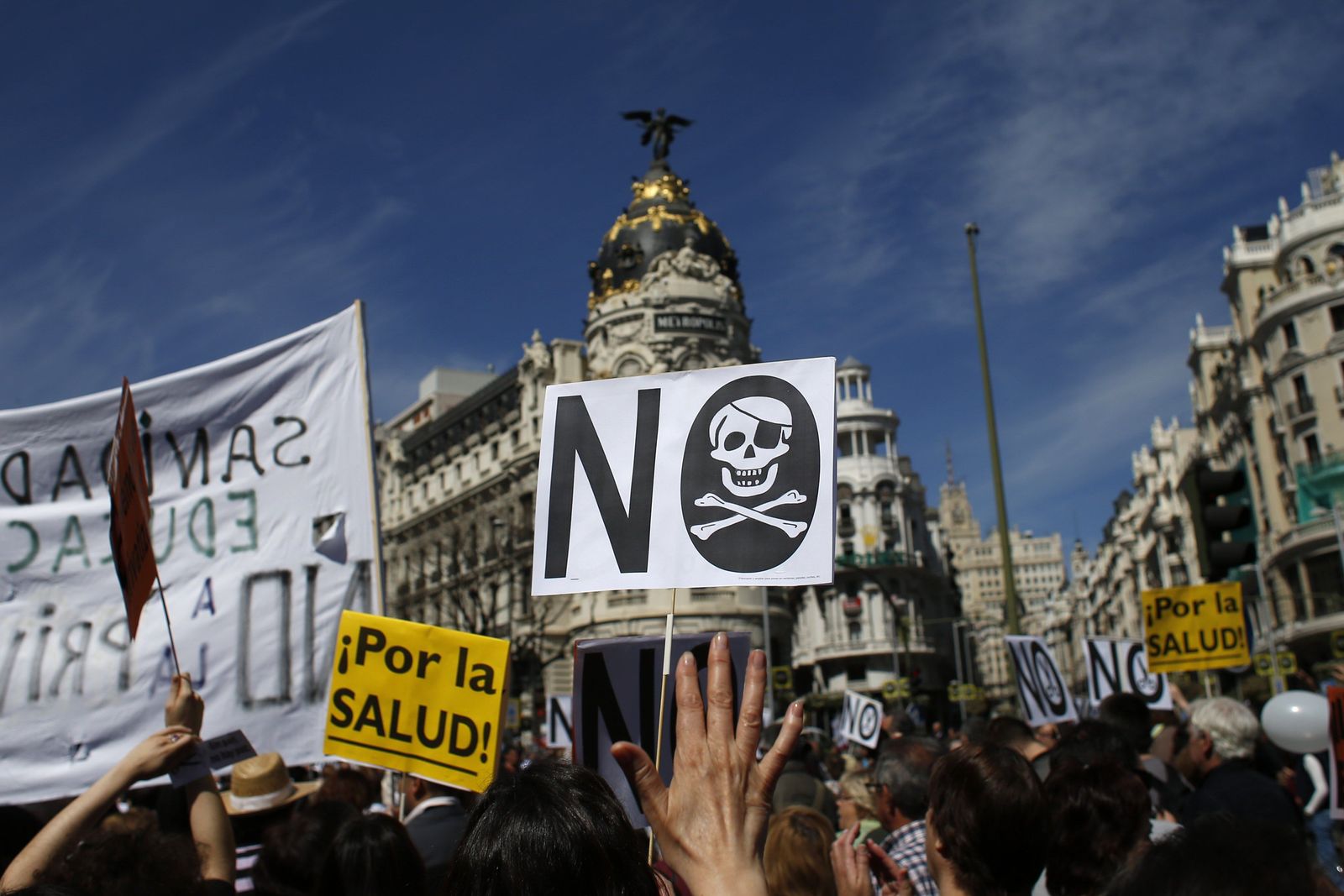 Health workers march against austerity in Madrid on April 21.