Jose Manuel Barroso beams and shakes hands, celebrating his victory. A total of 382 members of the European Parliament have finally given him what he has been wanting for so long: a second five-year term at the head of the powerful European Commission in Brussels.

But despite his frozen smile, traces of frustration and irritation can be seen in his face, even in his moment of triumph. It is not the 219 MEPS who voted against him in Wednesday's vote or the 117 abstentions that are responsible for his mood. Rather, it is the insults and injuries which he has had to put up with in recent months -- and not just from political opponents but also from within his own camp. Most of the participants in the election actually consider Barroso to be the wrong choice.

Barroso is convincing "neither in terms of his program nor politically," said Martin Schulz, leader of the Socialist group in the European Parliament and a regular critic of Barroso. The Portuguese politician was simply "not appropriate and not electable," Schulz said.

Barroso lacks "courage and vision" is the opinion of Graham Watson, the longtime head of the Liberal group in the European Parliament. Daniel Cohn-Bendit, head of the Green group, calls Barroso "a chameleon," saying that the Commission president "adapts himself to suit everybody."

As it happens, Barroso has a checkered political past. As a student he was a Maoist, but now he sees himself as a "reformer of the center." He made his career in the Social Democratic Party of Portugal, which calls itself social democratic but which is actually center-right and therefore belongs to the conservative European People's Party (EPP). French President Nicolas Sarkozy's Union for a Popular Movement and German Chancellor Angela Merkel's Christian Democrats are also part of the EPP.

Merkel and her friends got Barroso the job as head of the European Commission five years ago, defeating then-Belgian Prime Minister Guy Verhofstadt, the candidate of choice of then-German Chancellor Gerhard Schröder. Merkel was also one of Barroso's strongest supporters, along with Sarkozy, when it came to a second term in the post of Commission president. This did not, however, prevent the two leaders from first cutting Barroso down to size.

Like a teacher with a student who has been held back a year, Sarkozy openly gave Barroso the task of writing a new, "ambitious" program in the summer holidays if he wanted to keep the job. The obedient schoolboy wrote out his political ambitions for the next five years. It's a document full of generalities and platitudes -- but that didn't bother Sarkozy at all. The French president wasn't worried about the content of the document, just the demonstration of power and submission.

'Tell Him He Shouldn't Be Calling all the Time'

Angela Merkel doesn't do things so crudely. She shows that she has the Commission president under control using refined irony. Take, for example, one scene in the Chancellery in Berlin. "Barroso called and asked to be called back," an aide told Merkel at the end of a meeting as the chancellor was leaving the room. "Tell him he shouldn't keep calling all the time," Merkel responded, and made a face that was intended to show the bystanders what a nuisance the man was.

In fact, the Commission president managed to irritate both friends and foes so much during his campaign to keep his job, that Barroso jokes have become part of the standard repertoire in political circles. For example, during a chat with colleagues on the sidelines of a meeting, one German member of the European Parliament loudly and facetiously asked Swedish Minister for EU Affairs Cecilia Malmström: "Well, did Barroso call you twice already today too?" The Swede shook her head and laughed. "No, three times!"

So why did they choose Barroso, if they think he is such a laughing stock? "His campaign was not appropriate to the office," says one German diplomat, who preferred not to be named. Barroso had to do some hard campaigning in the European Parliament. He promised the Liberals an EU commissioner for basic rights, the Greens a climate change commissioner and the Social Democrats a social affairs commissioner. Barroso's questionable behavior has permanently damaged his position, says the diplomat. But the governments of many EU member states are "not at all sad about having a weak Commission president," the source added.

Quite the contrary. It is particularly the "Big Three" -- the governments in Paris, London and Berlin -- who just want a harmless figurehead for the EU in Brussels, someone who is not going to cause them any trouble. The triumvirate has long been working on increasing its powers. If necessary, they get the OK from Rome, Madrid and Warsaw and everything is settled -- most of the time, anyway. And the parliament, which is still under the pleasant but mistaken belief that it is currently seeing an increase in its powers, does not notice that the Big Three is riding roughshod over it just like it does with Barroso and the Commission. There, too, the majority sees Barroso as a mistake. The antipathy reaches deep into the conservative ranks. But, as a veteran CDU parliamentarian says, nobody wanted to risk "an institutional crisis" -- in other words, trouble with the governments.

So the parliament rubber-stamped the Big Three's decision, albeit on the second attempt. In mid-July, when the Barroso sinecure was already on the agenda, there was no parliamentary majority and the vote was postponed. But since then, both the left and the right were put under hard pressure from their bosses in their home countries not to oppose Barroso any longer. Barroso's opponents couldn't agree on a common alternative candidate, anyway.

But the governments of the EU's major powers certainly managed to agree on what they wanted. Besides Barroso as head of the Commission, they want another conservative candidate to become the first permanent president of the European Council. In exchange, a center-left candidate will get the post of the EU's first foreign minister.

Both jobs, however, will only exist if the Irish do not reject the Lisbon Treaty for a second time in the referendum on Oct. 2. And if they do oppose it, nobody has any idea how Europe is going to proceed, anyway. 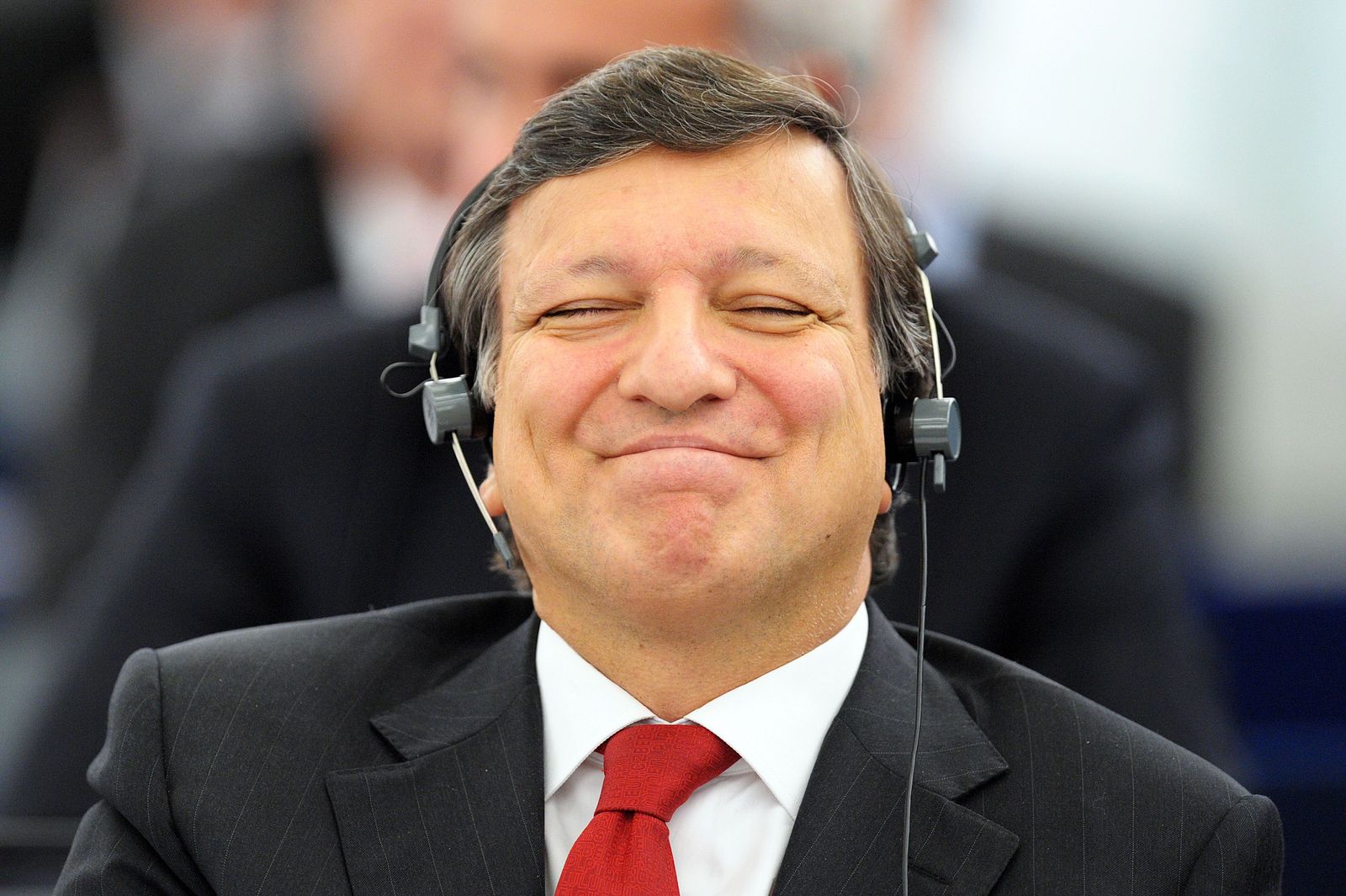 Jose Manuel Barroso has won a second five-year term as president of the European Commission.