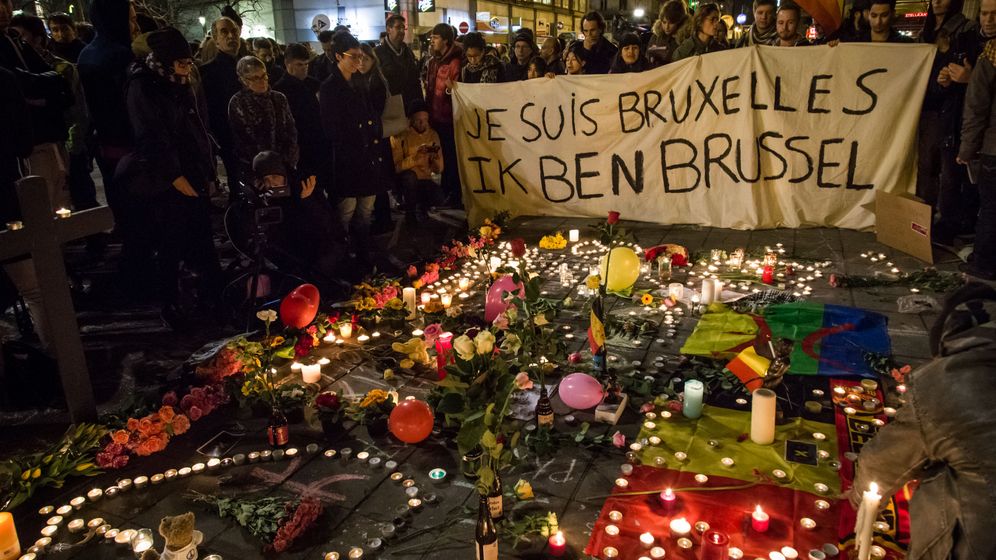 Photo Gallery: Coming Together after the Attacks

They were so proud last Friday when police managed to apprehend Salah Abdeslam. Finally, Europe's most-wanted terrorist was locked away. The Belgian government was so relieved that they immediately released a photo to the world showing Prime Minister Charles Michel, with French President François Hollande seated next to him, speaking on the phone with US President Barack Obama. Both congratulated the Belgian leader on the investigation's success.

Not four days later, all that remains of that feeling of triumph is a bitter aftertaste. At least 31 people were killed and 230 injured in attacks on the airport and on a subway station in the heart of the European quarter on Tuesday. Belgium simply can't seem to get a grip on its terror problem. At least when it comes to the Belgian security apparatus, the small country in the center of Europe is essentially a failed state.

There will be much written about how the terrorists targeted Europe's heart and why they put a bull's eye on the European Union and its capital. None of that is incorrect, but it misses the larger point.

Brussels is a great city. It is a place where the French mix with the Congolese, EU bureaucrats with Moroccans, young anarchist artists with established gallery owners -- and it has a wild concert scene. Over a morning coffee, one speaks French, at lunch it's English and in the evening, beer in hand, German. It is Europe condensed into a single city. 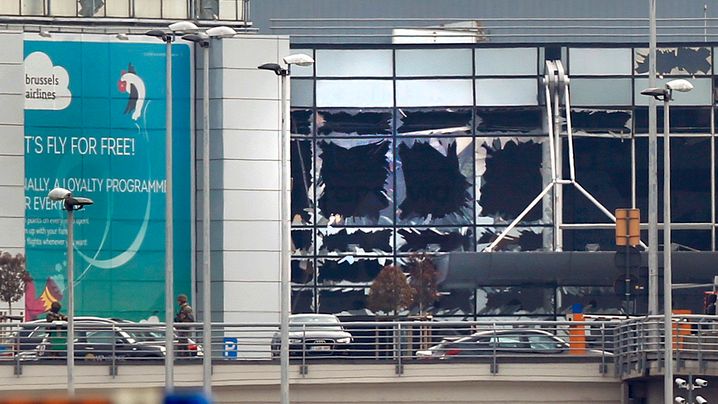 The people here don't despair of Belgium's often impenetrable bureaucracy. Instead, they undermine it with a significant helping of humor and charm. Brussels is a lively village, a place where it is easy to find friends. Not even the so-called jihadist stronghold of Molenbeek, by now notorious the world over, is a ghetto. It is separated only by a canal from the popular nightlife district of Dansaert.

Unfortunately, though, the city is also a good place for people looking to hide or to plan deadly attacks. Some neighborhoods in the city (not just Molenbeek) have become home to radicalized milieus, which makes life easier for criminals and terrorists, as do fragmented political structures and a splintered police apparatus. Describing the situation as Kafkaesque hardly does it justice. It's not a coincidence that the trail of most large terror attacks in recent years has led back to Brussels: from the train attack in Madrid in 2004 to Charlie Hebdo and the Nov. 13 attacks in Paris.

Undisturbed by the Authorities

Belgium's society, government and structures spent years, perhaps decades, underestimating the problem posed by violent Islamists. Salah Abdeslam, who was involved in the Paris attacks, was able to hide out here for four months after the attack with friends, family and acquaintances. He was even seen at the barber getting his hair cut and at a shop buying clothes. Apparently nobody thought to notify the police.

Accomplices of those who carried out the Paris attacks were apparently able to spend months planning new horrors, undisturbed by the authorities -- attacks that seem to have been hurriedly carried out on Tuesday. That demands an explanation, as does the fact that Belgium, relative to its population, sends more young Islamist radicals into the Syrian civil war than any other European country.

Ever since the attacks in Paris, Belgians have been concerned that they too could be targeted. Now they have been. The people of Brussels have been astonishingly calm in the face of violence. People have taken stranded tourists into their homes and teachers wrote emails to parents on Tuesday evening assuring them they would do all they could to make the last three days before Easter vacation as normal as possible for the children. It shows the people's courage.

Unfortunately, the brave Belgians don't have the government they deserve. Since the attacks in Paris, Belgian officials and politicians have seemed unable to cope. That applies not just to the terror investigations; it also applies to the way in which the authorities have communicated with the populace. Last November, the government put Brussels on lockdown and the terror alert was raised to its highest level, as it was after Tuesday's attacks. Schools and subways remained closed. But it was never communicated where the danger was coming from and how people should act. The result was that schools reopened of their own accord even as the terror alert remained extreme.

Now we are seeing a repeat. Last weekend, the Belgian Foreign Minister Didier Reynders said that Abdeslam had been "ready to restart something from Brussels." How are people supposed to deal with a statement like that? Don't leave the house on Sunday? Ignore panic and take the children to school anyway? 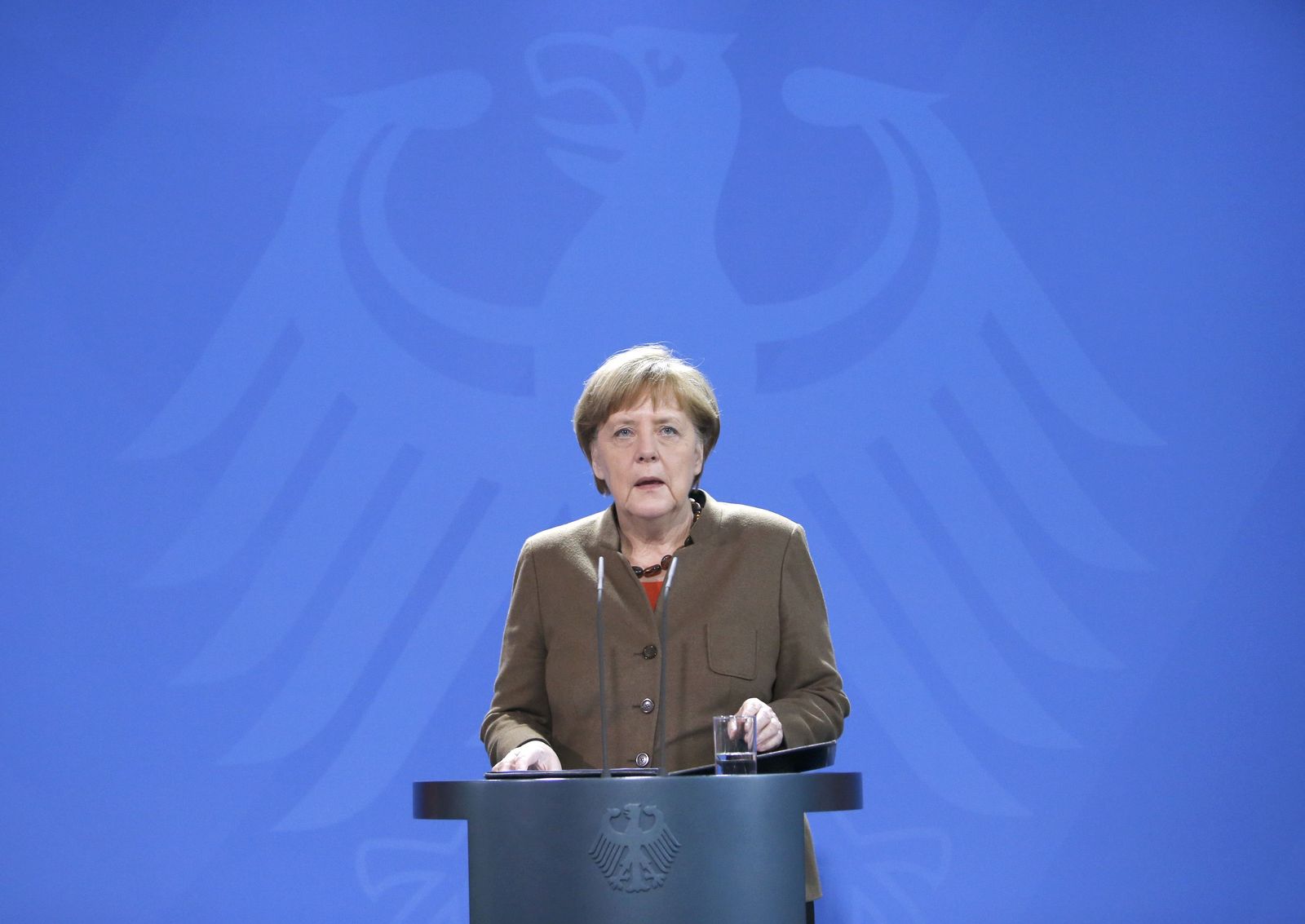 Across Europe and around the world, leaders reacted to the attacks. In Berlin on Tuesday, Chancellor Angela Merkel expressed her "deep dismay and sadness" over what the "terrorists have done to people today in Brussels, what the terrorists have done to us all." Merkel pledged solidarity with Belgium and said Germany would help Belgian security officials to find, arrest and punish the perpetrators. She described the attackers as "enemies of all the values that Europe stands for today" -- freedom, democracy and the peaceful coexistence of its people.