Belgium may be in the throws of political disarray, but its squabbling political parties have been able to agree on one thing: The banning of the burqa in public. If the legislation is approved, the Benelux country would become the first in Europe to ban the Islamic face-covering veil.

The lower house of parliament voted on Thursday to ban clothes or veils that did not allow the wearer to be fully identified, including the full-body veil, known as the burqa, and the face veil which leaves slits for the eyes, known as the niqab.

A cross-party consensus of 136 deputies voted for the measure, with just two abstentions and no opposing votes. The ban still has to be passed by the Senate, which has two weeks to raise any objections. But a final vote on the controversial measure could be delayed until after early elections, which are likely to be held in June.

The election is necessary following the collapse of Prime Minister Yves Leterme's government on April 22 over a language dispute between the Flemish-speaking and French-speaking parties.

Belgium shares the anxieties of many European countries about its Muslim minorities and the issue of national identity. The wearing of traditional conservative Islamic dress is regarded by many Belgians as a refusal to assimilate into Western society.

"It's not about introducing any form of discrimination," Daniel Bacquelaine, the head of the Francophone liberal Reformist Movement (MR) party and instigator of the bill said on Thursday. He told lawmakers that the ban was against clothing "aimed at stopping people from being identified."

Exceptions are to be made for motorbike couriers and fire fighters, and may possibly be lifted during the country's carnival season, when people often wear masks.

Wearing the niqab or burqa in public streets and parks, sports grounds or buildings "meant for public use or to provide services" could lead to fines of €15-25 ($20-33) and imprisonment for up to seven days. The burqa, often worn in Afghanistan, is not a common site in Belgium.

Ahead of the vote Isabelle Praile, vice president of the Muslim Executive of Belgium, warned that the ban could set a dangerous precedent. "Today it's the full-face veil, tomorrow the veil, the day after it will be the Sikh turbans and then perhaps it will be mini-skirts," she told the Agence France Presse news agency.

She said that the wearing of the full-face veil is part of "individual freedoms" protected by Belgian, European and international rights laws. Muslims only account for 3 percent of Belgium's population.

Her concerns about the ban were shared by a member of another religious community in Belgium. Catholic Bishop Guy Harpigny asked if the state had the right "to regulate the symbols of personal beliefs?"

If the bill is approved, Belgium would be the first country to impose the burqa ban, but it is unlikely to be the last. Fiercely secular France is on the cusp of introducing a ban of the face-covering veil, which President Nicolas Sarkozy has said is an affront to the country's values and denigrates women. The cabinet is set to approve a ban in public spaces and state institutions on May 19 and the National Assembly will then debate the legislation in July.

In January, Denmark's center-right government called the burqa and niqab out of step with Danish values. However, it held off imposing a ban after finding that only two or three women in the entire country actually wore the burqa and only around 200 wear niqabs -- out of a population of 5.5 million. 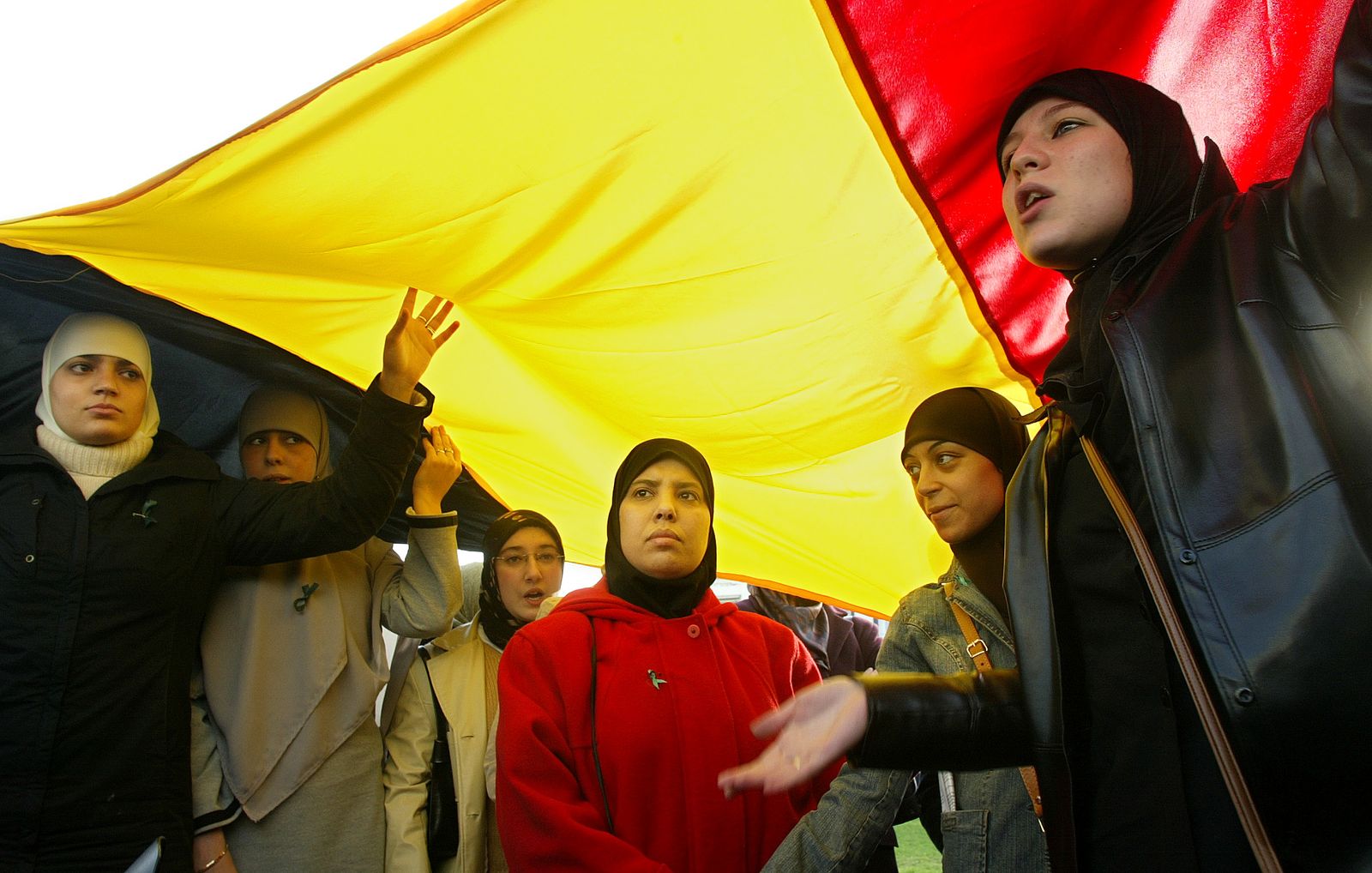 Veiled Muslim women stand underneath the Belgian national flag at a demonstration against a veil ban in schools in 2004.