A German stretch of railway feeding an Alpine tunnel in Switzerland is under financial threat, according to Winfriend Hermann, the Green Party's new transportation minister in the southwestern German state of Baden-Württemberg. The rail approach may not be finished by the time the Gotthard Base Tunnel is ready for rail traffic in about 2017, Hermann told a Swiss radio broadcaster on Thursday.

The Gotthard tunnel is the longest tunnel in the world and the centerpiece of the planned AlpTransit rail network that will speed cargo through Switzerland, and under the Alps, improving links between northern and southern Europe and reducing truck traffic on mountain passes. Berlin committed to building an approach through the southern Rhine Valley in 1996, but residents in Baden-Württemberg meanwhile have registered 170,000 objections. Hermann on Thursday floated the possibility that funds might be lacking, too.

Specifically, he noted that Germany's promised €400 million for its AlpTransit leg, which would connect Freiburg with Swiss border city of Basel, may not be available if another controversial infrastructure project in Baden-Württemberg, known as "Stuttgart 21," goes ahead, Hermann said.

Stuttgart 21 is a €4.5 billion plan to sink the Stuttgart train station underground, improve rail networks in southern Germany and revitalize the Stuttgart city center. But it has plenty of opponents and popular resistance to the project swept the Green Party to power in the state in March. A comprehensive review of the project completed this week found that Stuttgart 21, the construction of which began last year, was indeed feasible as planned.

Hermann has been a vocal opponent to the project. And he said that should it move forward, options for finding the €400 million necessary for the Rhine Valley approach would be limited.

A Strain on Relations?

Swiss reaction was swift. "Germany must finish the AlpTransit approach on time regardless of Stuttgart 21," said Maximilian Reimann, a member of the powerful Swiss federal council and president of a parliamentary delegation for Swiss-German relations. Reimann is a member of the Swiss People's Party (SVP), a national conservative group that caused fierce controversy in 2007 because of its anti-immigrant ad campaign.

The rail approach through the Rhine Valley would represent the primary northern link for the Gotthard tunnel, so it needs to be wide -- four rail lanes across. If Germany fails to build it, Reimann said, German transport trucks might be banned from crossing Switzerland. He added that a separate deal to ease airplane noise over Baden-Württemberg from Zürich's international airport might also be under threat.

Last October, after 12 years of digging, workers broke through on the Gotthard Base Tunnel, which runs deep beneath the Alps and will eventually include an underground train station. 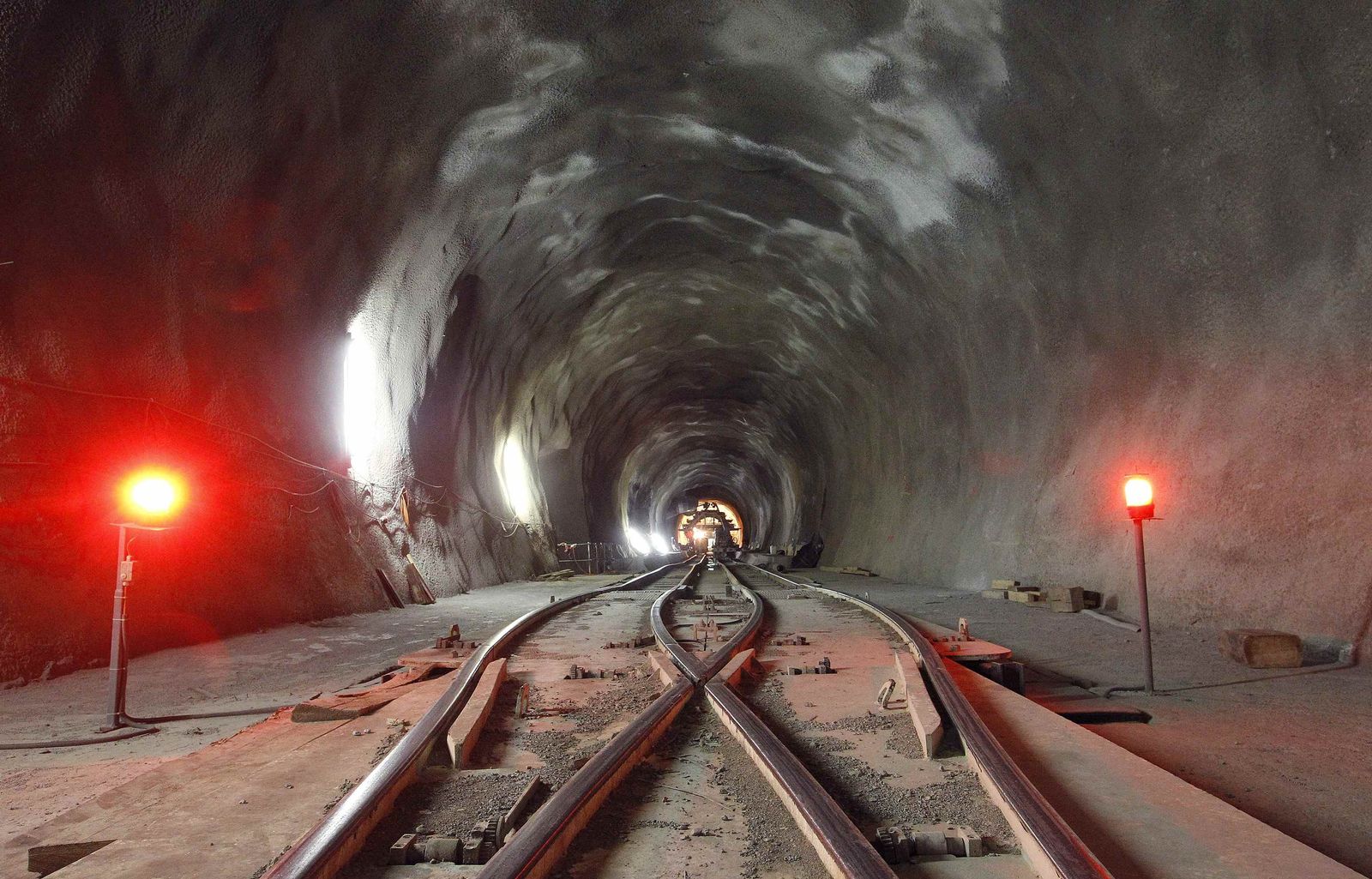 Build it, and maybe they won't come after all.