The man whom German center-left leader Peer Steinbrück called a "clown" does have entertainment value, that much we can agree on. Italy and the euro? "De facto, Italy is already out of the euro zone." Rome and the parliamentary system? "I give all the parties six more months, then it's over here." And these quotes are only the highlights from a recent interview with Beppe Grillo published by the German business daily Handeslblatt. When it comes to straight talking, even Steinbrück, reknowned for his lack of a filter, is surpassed by Grillo.

Steinbrück got a fair amount of flack for his clown comparison. If he had used the term to describe only Berlusconi, everyone would have simply nodded in agreement. But Grillo? The leader of the streets and hero of the youth, whose third-placed Five Star Movement demonstrated the degree to which Merkel's austerity diktat is pushing Italy to its limits? The advocate for shorter terms of office and a cleaner way of doing politics? Even within the ranks of Steinbrück's Social Democrats (SPD), people were calling for their candidate to be put in his place.

A part of the sympathy that Grillo enjoys in Germany is undoubtedly thanks to his proximity to the political left. Much of what the Five Star Movement espouses could easily be found in the platforms of the Attac movement or Germany's Green party: the passion for alternative sources of energy, the promise of more civic engagement, the protest against the "fat cats" of international finance and the calls to put them on a diet. But that's just the surface. Such fluff doesn't propel a party to the top in just a few short years, neither in Italy nor anywhere else. 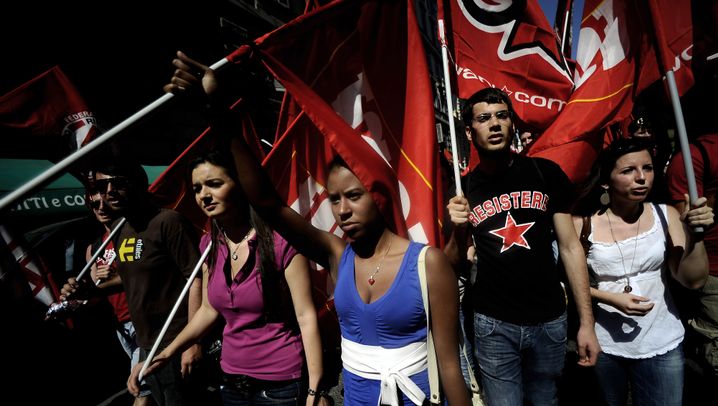 Grillo derives his energy from resentment. The real key to his success lies in the exploitation of anger -- at Germany, at Brussels bureaucrats, at the whole system. That is what makes him great, not the appeal to reason or the love of democracy.

As with all other revolutionaries, Grillo's answer to the malaise of the present age is extremely simple. You just have to do away with the politicians or, better yet, jettison everything that smells of power and privilege. "We are young," it says on his blog. "We have no structure, heirarchy, leaders or secretaries. We take orders from no one." Grillo's comparison of his movement to the French Revolution, which took its ideas of equality with bloody seriousness, is no accident. He relativizes by saying, "without the guillotine," but the stipulation means little. When people are incited into rage, those who fueled their passions never take the blame.

It's the puritanism of the radical moralist that distinguishes Grillo from his competitors and attracts the masses. "Every corner will be illuminated, every committee, every conference hall, every floor," one Five Star member decreed after the elections. The movement wants to "thoroughly clean up the state apparatus," read another explanation as to why so many people voted for the comedian.

In the real world, politics is an arduous, rather unappetizing business. It depends on compromise that, by definition, not everyone is happy with. Sometimes you have to ask the people to accept things they don't understand or want. The Social Democrats in Germany are a case in point. Ten years ago, the SPD passed a controversial package of job-market and welfare reforms. They strengthened the country, but hurt the party. The idea that the votes of the street are somehow more democratic than the votes of representatives sent to parliament in a democratic election is an illusion that has found adherents in Germany as well.

In his best moments, Grillo talks like a cult leader. When he speaks of being "not a commander, but a guarantor," he sounds like a swami who could just as easily be leading the penitant to an ashram. But with a bit of historical awareness, one can see darker parallels.

In the Swiss magazine Weltwoche, British journalist Nicholas Farrell draws a comparison between Grillo and another famous Italian who founded his own populist movement nearly a hundred years ago: Benito Mussolini. Farrell is an expert on the fascist dictator, having written a much cited 2003 biography of Il Duce.

Mussolini also claimed that his fascist group "Fasci di Combattimento" was not a party but a movement, because political parties were the problem, not the solution. He too saw himself and his followers as cleansers who would finally clean up the frail and corrupt system. And he likewise claimed to represent the youth and freethinkers, those who no longer believed in programs and statutes but in rejuvinating action.

Farrell even finds similarities in the two men's choice of words. Whereas Mussolini spoke of parliament as a "deaf, gray hall" that he refused to enter, Grillo describes his refusal to cooperate in a similar style: "The old parties are coming to an end. They should give back what they stole, and leave. Either they follow us, or they are doomed." The mockery of the parliamentary system under the guise of true democracy is a trick that all opponents of democracy espouse, regardless of where they come from.

It is easily overlooked nowadays, but fascism at its heart was a leftist movement. Mussolini never made a secret of his orgins: "I am and always will be a socialist. My convictions will never change. They are implanted into my bones," he told his comrades as they expelled him from the party at the outbreak of war in 1914 because of his pro-war stance. Farrell concludes that "Mussolini's fascism was black, Grillo's is green, but they both have a red heart."

One can only hope that Steinbrück was right when he said Italians had elected two clowns. Unfortunately it looks as if he was very wrong about one of them. 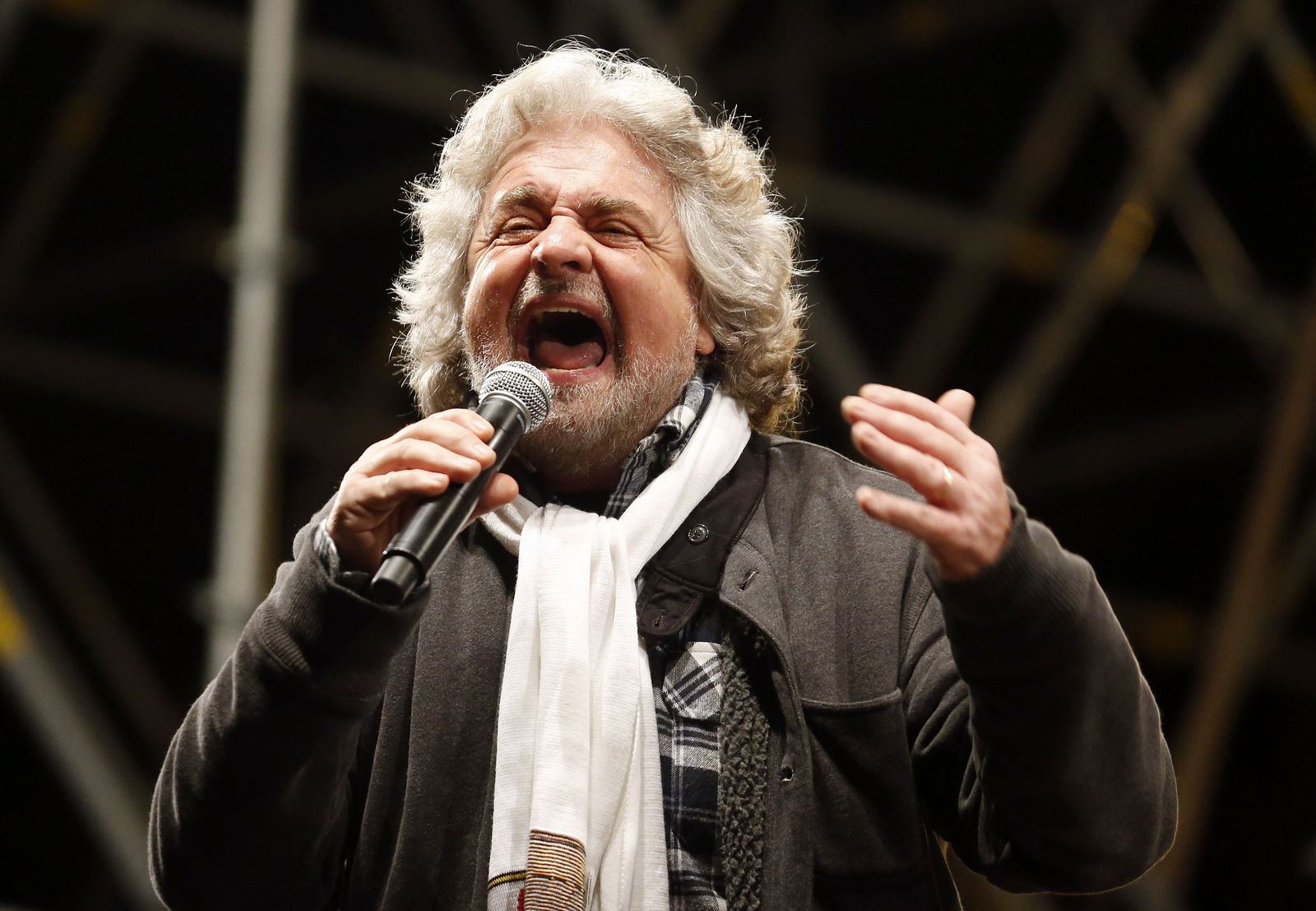