The European Union summit scheduled for Oct. 17 to address the euro debt crisis has been postponed by a week to Oct. 23, European Council President Herman Van Rompuy announced on Monday, saying it would give the EU time to finalize its strategy.

Government leaders of all the 27 EU member states were due to meet on Oct. 17, followed on Oct. 18 by a meeting of the heads of the 17 euro zone countries.

The postponement has fuelled speculation of a rift between Germany and France, although the governments of both countries have denied this.

On Sunday, German Chancellor Angela Merkel and French President Nicolas Sarkozy had failed to agree on details for a revised euro rescue strategy but had said they would come up with one by the end of this month.

They denied media reports of a rift between them on how to provide help for banks facing financial trouble as a result of the debt crisis.

Van Rompuy, who is in charge of calling and preparing summit meetings, said the delay will allow the block "to finalize our comprehensive strategy on the euro-area sovereign-debt crisis covering a number of interrelated issues."

He added that "significant progress has been accomplished in the implementation of the July package," referring to the EU summit that month which agreed to increase the size and scope of the euro bailout fund.

"Further elements are needed to address the situation in Greece, the bank recapitalization and the enhanced efficiency of stabilization tools," Van Rompuy said.

He said those elements were closely linked to the outcome of the current visit to Greece by representatives from the "troika" comprised of the EU, European Central Bank and International Monetary Fund who are assessing Greece's progress in adhering to its fiscal reform pledges.

At Sunday's Franco-German meeting in Berlin, Sarkozy insisted that he and Merkel were in "total agreement" on their approach to recapitalizing unstable European banks, despite rumors to the contrary. 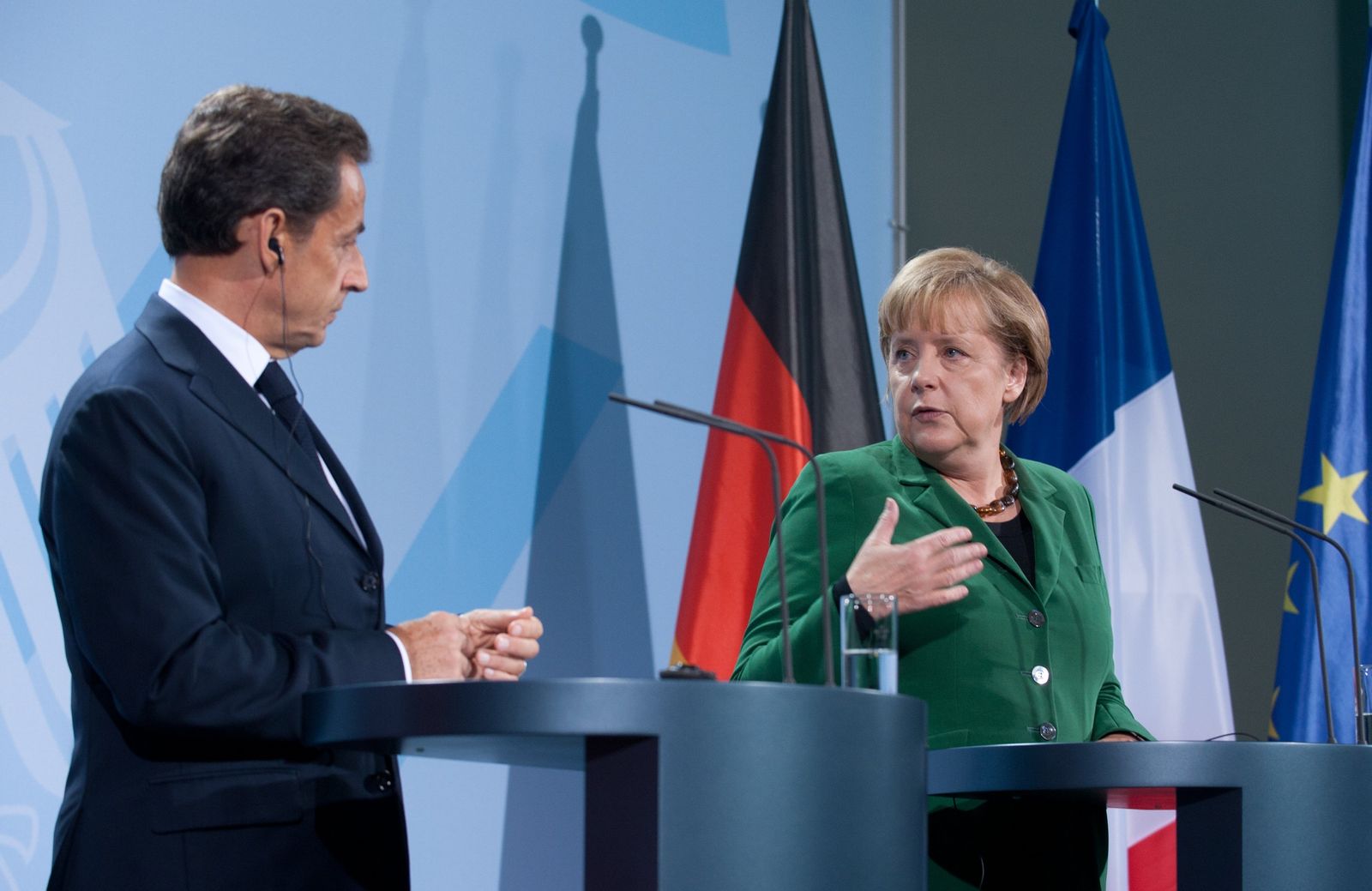 Do they agree on how to tackle the euro crisis? German Chancellor Angela Merkel and French President Nicolas Sarkozy gave a brief news conference after meeting on Sunday in Berlin.