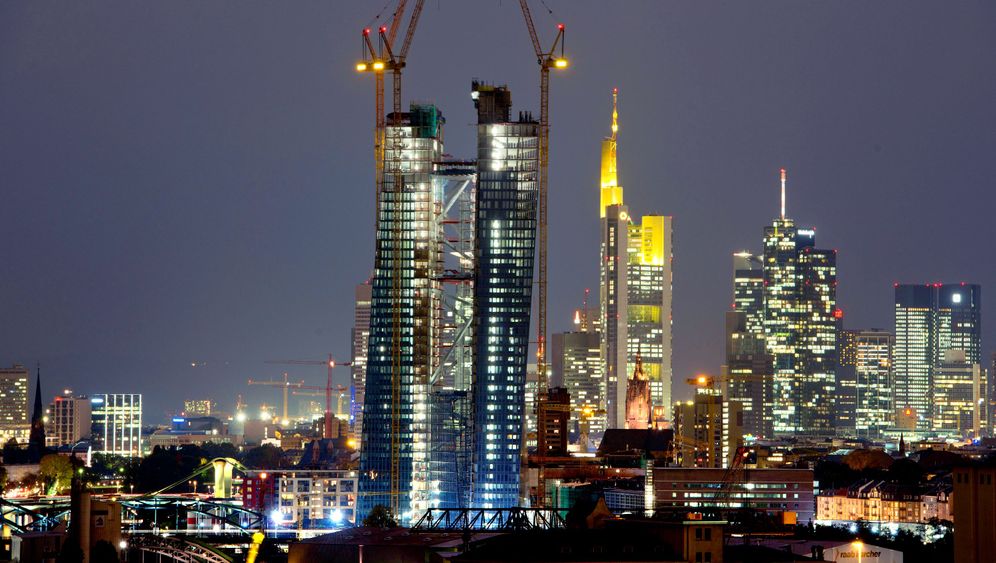 European Council President Herman Van Rompuy has a reputation for being headstrong. The Belgian with the mischievous smile and protruding ears tends to have his own unique way of interpreting joint decisions by Europe's heads of state and government.

Last Thursday, he lived up to his reputation once again. Van Rompuy announced that ailing banks will already be able to receive direct aid from the European Stability Mechanism (ESM) in the spring of the coming year -- even though the cross-border European banking regulatory agency under the umbrella of the European Central Bank (ECB) will not be operational until early 2014.

The unilateral course taken by the European Council president prompted angry reactions from officials at the German Finance Ministry in Berlin. Indeed, in late July the heads of state and government had agreed to exactly the opposite, deciding that troubled banks would only receive direct aid from Luxembourg after the banking supervisory body has been established. "Who does he think he is, turning this decision on its head?", asked a high-ranking representative of the German Finance Ministry on Thursday.

The Belgian's maverick maneuver is unlikely to soften German Finance Minister Wolfgang Schäuble's position on the proposed banking union. The week before last, negotiations on the issue stalled, in large part due to resistance from the influential German finance minister, who is a member of Chancellor Angela Merkel's conservative Christian Democratic Union (CDU). And there is little evidence that Schäuble will cave in when EU finance ministers meet again this Wednesday.

The Germans feel that there is simply too much at stake. Schäuble's team wants to avoid forcing the monetary watchdogs to decide which banks must close and which may remain open. "A half-baked compromise would permanently alter the design and character of the monetary union, and we won't allow that to happen," says a minister in Merkel's administration. Indeed, the Germans are determined to keep monetary policy and banking supervision strictly separate within the ECB.

Who Will Call the Shots?

Once again, the German government finds itself on a collision course with France and ailing Southern European countries over an important step in rescuing the euro. And once again the German government refuses to budge on a number of positions. "What we don't achieve now, we cannot make up for later on," says the member of Merkel's cabinet.

The conflict revolves around the key issue of Europe's financial rescue policy. Today, every country in the euro zone independently supervises its own banking sector. In most countries, the individual national central banks ensure that the balance sheets of their country's financial institutions are in order. In Germany and a number of other countries, a separate supervisory agency is primarily responsible for this task.

But this form of small-state mentality cannot be maintained over the long-term in a monetary union. This was the hard lesson learned from the Irish and Spanish banking crises of the past few years. That's because if a number of large, or many small, financial institutions in a euro-zone member state run into trouble, it can threaten the existence of the entire monetary union.

Consequently, politicians seeking to save the euro are determined to establish a central banking supervisory authority on a European level. The only question is who will call the shots in this powerful new super agency. The majority of the euro countries want to give a controlling influence to the monetary watchdogs on the ECB Governing Council, in which every country has a vote. By contrast, Germany -- with the support of a number of other countries -- is urging a separate decision-making body consisting of independent banking regulators, in which each country's voting weight would be calculated according to its size and importance. In pursuing this course, the Germans aim to prevent financially weak countries from all too easily using German taxpayers' money to save struggling banks -- and prevent Europe's monetary watchdogs from being drawn into a conflict with their main objective of maintaining stable prices.

Schäuble remains determined only to agree to a European banking union under the following four conditions: The independence of monetary policy may not be compromised. Conflicts of interest between monetary policy and bank supervision must be avoided. Countries that don't belong to the euro zone, and are thus not members of the ECB Governing Council, must be able to equally participate in banking supervision. And the banking supervisory body should be independent of the ECB Governing Council.

Avoiding a Conflict of Interests

For the Germans, these positions constitute the core of their beliefs on monetary policy. They fear that the ECB would no longer be free to decide on interest rates and the amount of money in circulation if, at the same time, it had to deal with troubled banks. Their concerns are justified. If bank auditors discovered, for instance, that a country's financial sector was teetering on the verge of collapse, the monetary watchdogs might be tempted to resolve the problem by reducing interest rates -- even if this caused prices to rise across Europe, and precisely the opposite were necessary.

The central bankers feel that this conflict of interests can be avoided if the banking union is designed as the Germans have recommended. "14 of the 17 central banks in the euro zone are responsible for banking supervision and monetary policy," ECB Executive Board member Jörg Asmussen pointed out during a discussion in Brussels last week. "This can be solved reasonably," he believes, adding that both tasks need only be separated, both organizationally and in terms of personnel.

In contrast to monetary policy, banking supervision is subject to democratic control because tax money might eventually have to be used to rescue financial institutions. Asmussen accordingly suggests placing the main supervisory authority in the hands of an independent body under the umbrella of the ECB.

This is the only solution that would allow countries outside the monetary union to take part in banking supervision -- as explicitly requested by the heads of state and government. This includes Poland, Sweden and Denmark, which are all countries that have neither a seat nor a vote on the ECB Governing Council.

Schäuble and his team are also considering a model that would separate the banking supervisory body from the ECB. This approach is supported by their colleagues in the Netherlands, Finland, Austria and Luxembourg. Southern European countries, along with France, traditionally have little objection to putting the same people in charge of monetary policy and bank bailouts. The rift extends straight through the middle of the ECB Governing Council. ECB Vice President Vítor Constâncio, for instance, would like to become the second-highest-ranking official in the new banking supervisory body. A woman is slated to be named for the top position.

Willing to Compromise on Location

In order to bring the French in line with their views, Schäuble and his aides are prepared to make concessions. Instead of insisting that the new Europe-wide banking regulatory agency is located in Frankfurt, the Germans have indicated that it could just as well operate in a city like Paris. Two different locations would also underscore the division of tasks, say officials in the German Finance Ministry.

The Germans are also prepared to make compromises on an additional contentious issue. The Southern European countries are pushing for the new supervisory body to be responsible for all 6,200 banks in the euro zone. By contrast, the Germans only want important, international major financial institutions to be centrally monitored.

One solution envisioned by the Southern European countries will probably be discarded solely based on the required number of personnel. If every financial institution were supervised by an average of three bank auditors, the ECB would have to hire over 18,000 new employees over the coming months. "Hardly practicable" was the terse comment on this notion by the German Finance Ministry.

Nevertheless, an agreement appears to be taking shape: The ECB would be responsible for major international banks and financial institutions that have received state bailouts. What's more, it could supervise all banks that it feels should be closely monitored.

From the Germans' perspective, the banking union cannot be launched until these issues have been resolved. Officials in Berlin say that thoroughness takes priority over speed here. Indeed, Schäuble's team no longer views the banking union with anything close to the sense of urgency that was felt a few months ago.

Ever since the ECB started pumping money into the markets and, on top of that, announced that it would purchase sovereign bonds in unlimited quantities, the situation of banks in crisis-ridden countries has palpably eased. These banks -- thanks in no small part to funds provided by the ECB -- have filled their books with bonds issued by their governments. If bond prices fall, it weighs on their balance sheets, while every price increase buoys them.

Investors and economists thus see the acute problems of Europe's financial institutions as currently manageable. "Hardly anyone is afraid of a new escalation," says David Folkerts-Landau, chief economist at Deutsche Bank. This also applies to Spanish banks, where problems originally moved euro-zone politicians last summer to create a banking union as swiftly as possible. Meanwhile, Spain has applied for €40 billion ($52 billion) from the European rescue fund to support its own banks -- much less than originally planned.

This would indicate that European Council President Van Rompuy will unable to stick to his ambitious schedule -- even if the finance ministers reach an agreement on Wednesday. German government officials say that their country can make a binding agreement to the supervisory plans "in March at the earliest." After all, the German parliament, the Bundestag, needs to have a say in the matter. 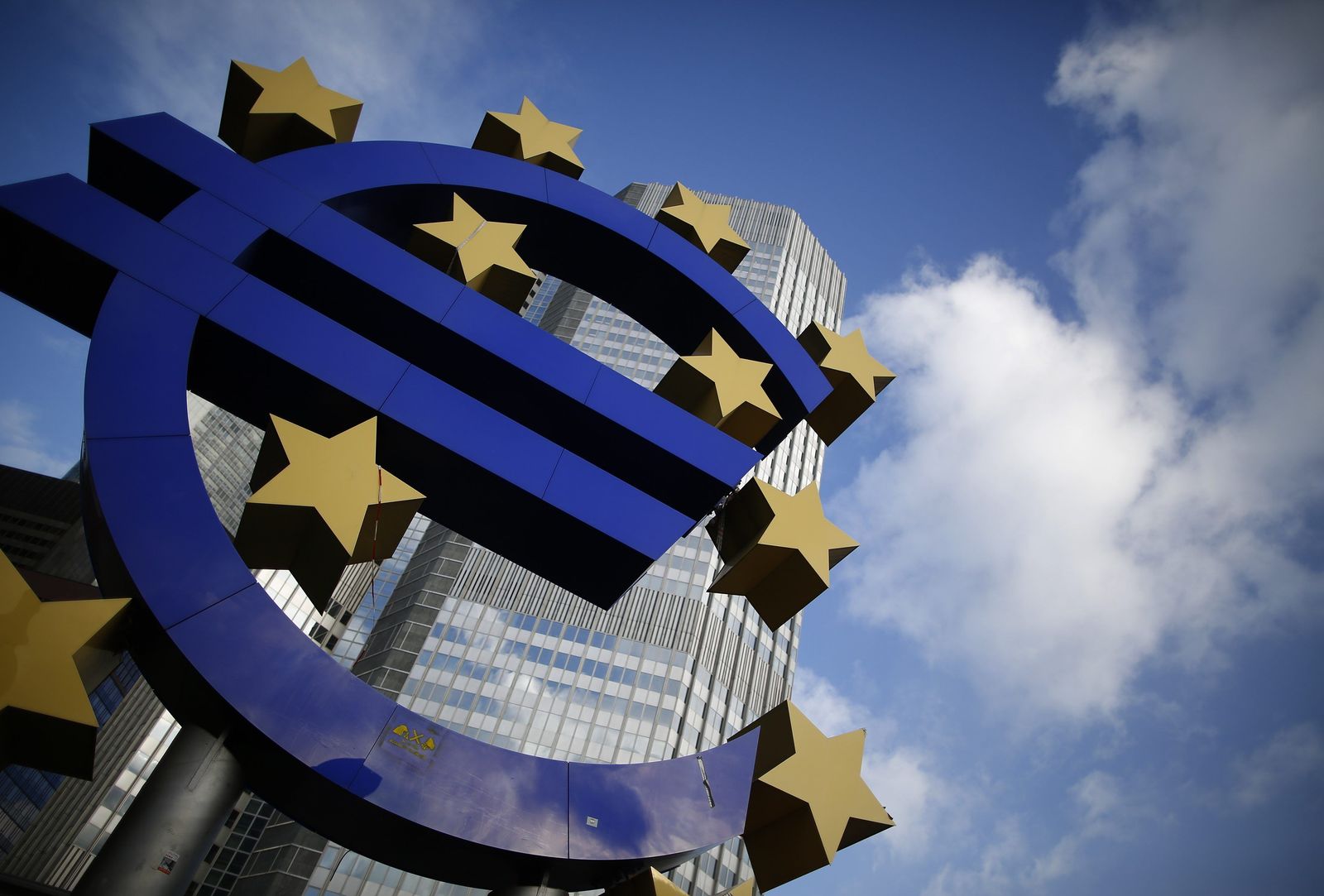 There seems to be less urgency in creating the banking union than there was several months ago. Investors and economists see the acute problems of Europe's financial institutions as currently manageable. "Hardly anyone is afraid of a new escalation," says David Folkerts-Landau, chief economist at Deutsche Bank.