Spain insists that it can recapitalize its banks by itself. The problem, as has become increasingly apparent in recent weeks, is that neither the markets nor Madrid's euro-zone partners believe it.

SPIEGEL has learned that German Chancellor Angela Merkel and Finance Minister Wolfgang Schäuble agree that Spain should be forced to accept bailout money from the European Financial Stability Facility (EFSF), the temporary euro bailout fund, to inject liquidity into the country's struggling banks. The two settled on the strategy last week. Last Wednesday, Schäuble pressured his Spanish counterpart, Luis de Guindos, to accept the outside funding.

Government experts in Berlin estimate that Spanish banks need between €50 billion and €90 billion in fresh capital. Madrid, however, has so far resisted applying to the EFSF for funding. Concern over Spain's ability to shoulder the burden has driven up the country's borrowing rates significantly. Last week, Madrid was forced to offer 6.7 percent interest rates on 10-year bonds, perilously close to the 7 percent rate that forced Portugal and Ireland to accept bailout funds from the EFSF in 2010 and 2011 respectively.

The situation in Spain is causing significant unrest in euro-zone capitals and on the markets. The euro lost close to 7 percent of its value against the dollar in May while the German blue-chip stock index, the DAX, likewise plunged 7 percent in May, its largest drop in that month since its founding in 1988. On Monday, the DAX fell below 6,000 points for the first time since January.

Concern in Europe's common currency zone is not just limited to Spain, however. The possibility that Greece might ultimately be forced to give up the euro remains real as that country prepares for parliamentary elections on June 17. The far-left party Syriza, leading in some polls, remains insistent that it would seek to abandon many of the austerity measures imposed upon the country by Europe in exchange for bailout money. Europe could withhold funding in response, which would push Greece into bankruptcy. Both Portugal and Ireland likewise remain sources of worry.

An additional country has recently been added to the watch list. Cyprus has until the end of this month to come up with €1.8 billion to recapitalize Cyprus Popular Bank, the country's second largest, according to the Financial Times. The country's central bank head Panicos Demetriades told the paper that Cyprus was facing "crunch time" and allowed that applying for European funds was becoming "less unlikely."

Cyprus has been hit hard by the troubles in neighboring Greece, with more than €3 billion having evaporated when Athens wrote down its sovereign debt. Loans to the Greek private sector that have so far gone unpaid are responsible for a sum many times that amount.

More concerning, however, are reports that central banks of developing countries are turning their backs on the euro, a trend which has played a large part in the European currency's recent plunge against the dollar. Citing currency traders, the Financial Times on Monday reported that central banks have been among the largest sellers of the euro.

The paper reports that the trend marks a reversal of buying patterns last year which saw developing countries, in an attempt to diversify their currency holdings, continue to buy euros despite debt troubles in the common currency zone.

On Monday, European Commission head Jose Manuel Barroso will travel to Berlin for an evening meeting with Merkel to discuss the current situation in the euro zone. The talks are in preparation for a European Union summit scheduled for June 28-29 in Brussels. The common currency promises to be agenda item number one. 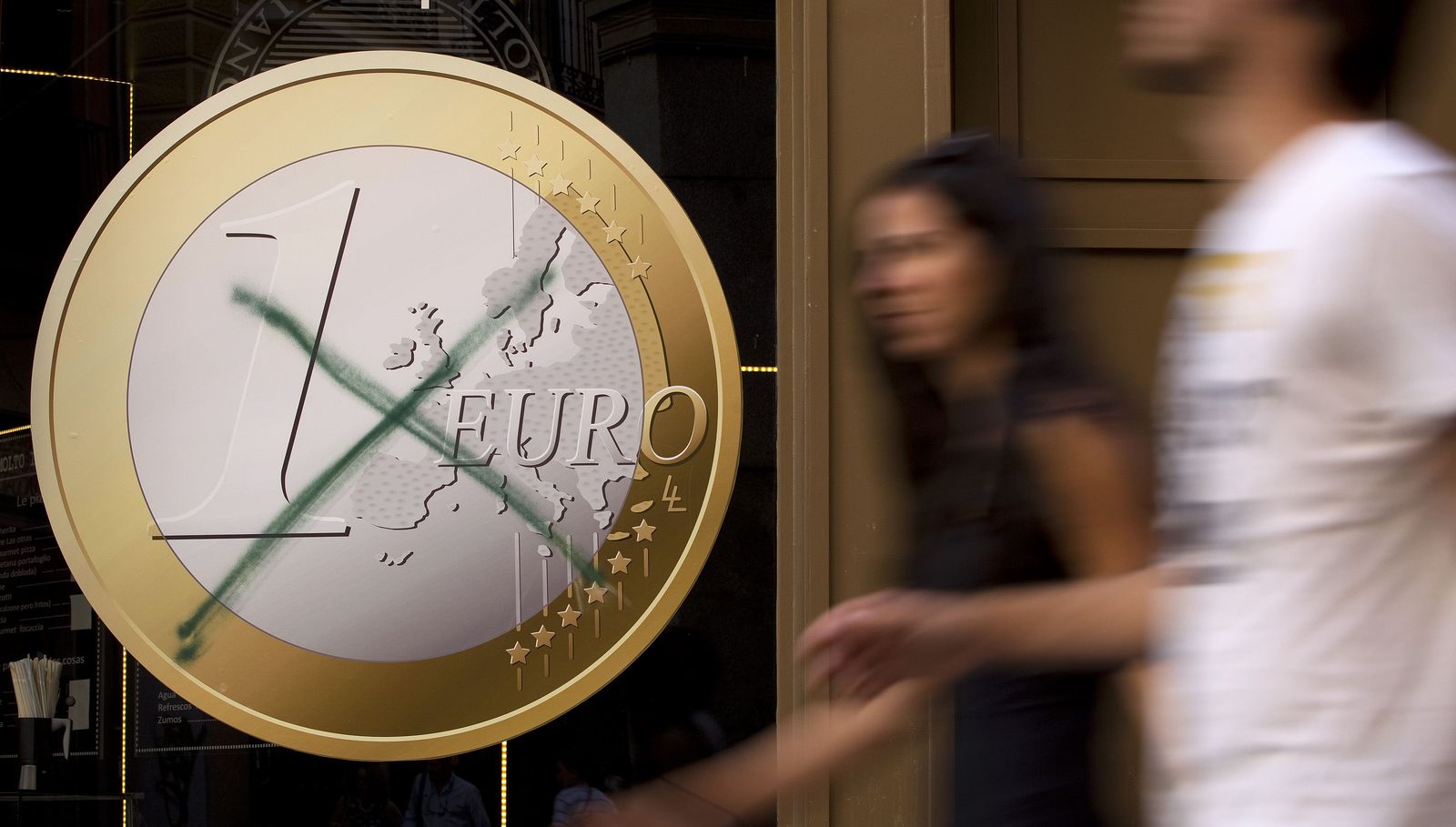 Spnish banks are in trouble while developing countries are beginning to shed their euro holdings.