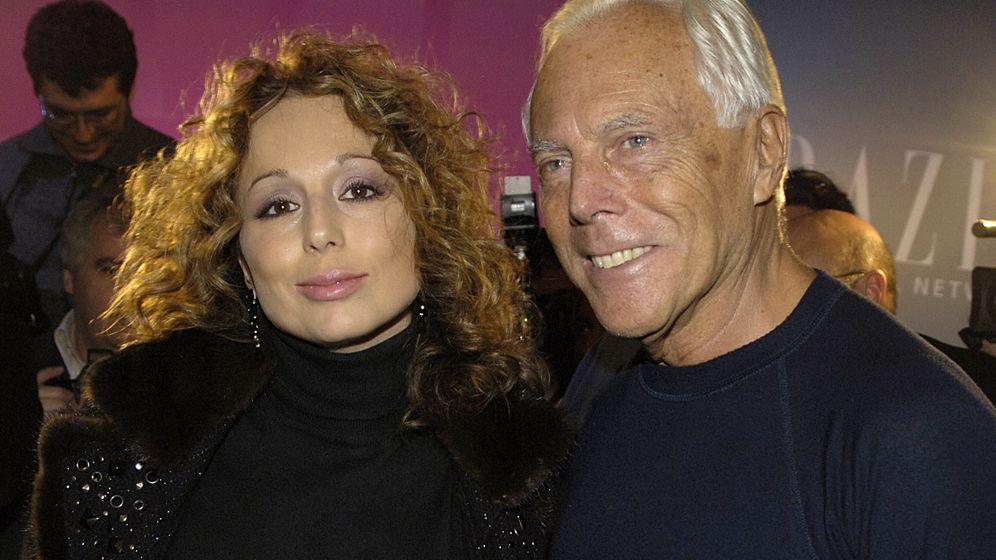 It may be just the beginning. Thousands of supporters descended on Silvio Berlusconi's palatial residence in Rome on Sunday to show their undying support for their idol. "They are trying to destroy the man that provides us jobs," said one. "Basta," shouted another. "Basta with this disgusting judiciary."

Despite the stifling hot temperatures of 40 degrees Celsius (104 degrees Fahrenheit), people from across Italy came to Palazzo Grazioli, Berlusconi's headquarters in the heart of Rome. "What they are doing to Silvio is unfair," remarked one elderly man.

The outrage is focused on the verdict from Italy's highest court upholding a lower court ruling which found the former prime minister guilty of tax evasion.

"I'm innocent," Berlusconi declared to his fans as they waved banners. Fighting back tears, he added: "I'm here, and that's where I'll remain. I will not yield." Supporters shouted "Bravo Silvio" and sang the party hymn "Meno mela che Silvio c'è" -- "How lucky we are to have Silvio."

More, even larger, demonstrations are planned for the coming days. The intention, according to Renato Brunetta, parliamentary floor leader of Berlusconi's center-right Freedom of People (PdL) party, is to drive home the message that it is unacceptable "to rob the leader of the largest party of his personal and political freedom."

Italian President Giorgio Napolitano is the primary target of the message. Brunetta, together with fellow party member Renato Schifani, the party's floor leader in the Senate, hope to convey "the dramatic situation" in a face-to-face meeting with Napolitano. Their message: Either Berlusconi is granted a pardon or somehow protected from the judiciary, or the coalition government's days are numbered. Every PdL minister is prepared to resign, says Brunetta.

That, of course, would mean new elections. And the volatile political climate would likely make the formation of a new government very difficult indeed. Napolitano, says Brunetta, is well aware of the difficulties such a scenario would present, particularly given the weeks of stalemate which followed elections earlier this year.

That is the respectful version of the message. Former Culture Minister Sandro Bondi offered up the shrill version over the weekend, saying that Italy faced a possible "civil war" if Berlusconi wasn't pardoned.

Berlusconi-owned media outlets have also turned up the heat, with daily newspaper Il Giornale declaring on its website: "If Silvio's guilty, arrest us all!" Football club AC Milan, also owned by the former prime minister, confirmed to fans: "Now more than ever, Milanites stand strong for Berlusconi."

"Mack the Knife shows his weapons" declared 89-year-old journalist and philosopher Eugenio Scalfari, who founded the Italian newspaper La Repubblica, in reference to the media onslaught.

The second target of the Berlusconi gang's message is the PdL's center-left coalition partner, the Democratic Party (PD). Despite the somewhat strained relationship between the two parties, Italian Prime Minister Enrico Letta, a member of the PD, would prefer to stick to the current arrangement than to call for early elections. Furthermore, his own party is divided. An election campaign would likely trigger ugly infighting.

Indeed, the widespread desire to avoid new elections is Berlusconi's most effective lever at the moment. And he has already shown that he won't be shy about using it. He desperately wants to get his passport back, which has been in police custody since Saturday. And he wants to avoid community service or house arrest. (Because of his age, Berlusconi does not face potential prison time.)

Over the weekend, Berlusconi said he intends to use early elections to "regain the legitimacy lost as a result of the court's verdict." And he will doubtlessly increase the pressure until Letta and Napolitano conclude that helping Berlusconi is the easiest way to help themselves.

Still, if worse comes to worst, Berlusconi already has a successor lined up -- his daughter Marina. In recent days, Marina has been a part of all high-level party meetings, a noticeable change from the past. Indeed, Berlusconi used to be fond of saying that he didn't want his daughter to have to suffer as he has. Now, according to various Italian media outlets, Berlusconi has confided in a select few that his daughter should stand in the upcoming election. Berlusconi-owned "Il Giornale" has also predicted that Marina would perhaps throw her hat into the ring in her father's place.

Marina is Berlusconi's oldest daughter from his first marriage and has always been her father's favorite. Despite having dropped out of university, Marina was installed as the chief executive of her father's media company at the tender age of 30, making her -- according to Forbes -- the most influential woman in Italy.

The affection between father and daughter is clearly mutual. Despite marrying a ballet dancer and having two children of her own, Silvio remains his daughter's main man. She refuses to tolerate even the slightest criticism of him. And there are other similarities as well: Marina and Silvio both enjoy a good dye job and the occasional surgical intervention.

Marina has also shown a different form of support for her father. On Facebook and fansites, she presents herself as a friend of Silvio's fiancée Francesca Pascale. Marina, who is approaching her 47th birthday, doesn't seem to mind the age gap. Her father's new belle is only 27.