In recent weeks the funds have been dealing in so-called credit default swaps (CDS) on a large scale. A CDS is a contract under which one side pays an annual fee to buy protection against default, while the seller promises to cover losses in the event of a default. They are in effect an insurance policy against defaults of bonds and other debt. The buyer gets a payoff if the underlying bond goes into default.

In the case of Greece, the dealers in CDS are betting that the Greek government won't be able to repay its debts and that the price of CDS will therefore rise. The prices of credit default swaps on Greek sovereign debt have already reached astronomical levels, rising to a record high of 410 basis points last week, twice as high as in December. That means that investors who want to insure €10 million worth of Greek government debt against default for five years now have to pay around €400,000 a year. The equivalent hedging price for a German government bond amounts to just €35,000.

"It's the same game as a year ago with Austria," says Philip Gisdakis, credit analyst at Italian bank Unicredit. At the time, hedge funds benefited from rising CDS prices for Austrian debt. Austria's close economic ties with cash-strapped eastern European countries was regarded as a potential trigger for a government default.

Euro Declining Due to Debt Crisis

Fears of a debt default by Greece and other EU countries that have been hit hard by the financial crisis have caused the euro single currency to depreciate sharply in recent weeks. The euro member states now face a dilemma, according to Thomas Straubhaar, president of the Hamburg-based HWWI economic institute.

"If they help Greece, they will spark a speculation race. There will be a domino effect in which other indebted states will also have to be bailed out. That will cost all euro countries -- including the relatively stability-oriented ones such as Germany -- a lot of money," Straubhaar wrote in an article published on SPIEGEL ONLINE.

Bailing out Greece with taxpayers' money would be deeply unpopular and difficult to sell to voters, but if euro zone countries abandon Greece, economic imbalances within the euro area would grow, and hopes for closer European integration would be dashed.

Straubhaar says one solution would be to allow inflation in the euro area to rise. That would lessen the real burden of nominal debt, and in political terms would be the simplest way to deal with excessive government debt.

"Inflation lessens the real purchasing power of the masses like an indirect tax (...). But there's a tremendous difference: It requires no parliamentary approval," Straubhaar wrote.

He said the European Central Bank will need to tolerate higher inflation. "Higher inflation rates are the cost that an economically strong euro country like Germany would have to pay to prevent a break-up of the European Monetary Union, which would be even more expensive."

Rising inflation would also cause the euro to depreciate further against other currencies -- good news for exporters, but bad news for importers, holidaymakers and savers, wrote Straubhaar. 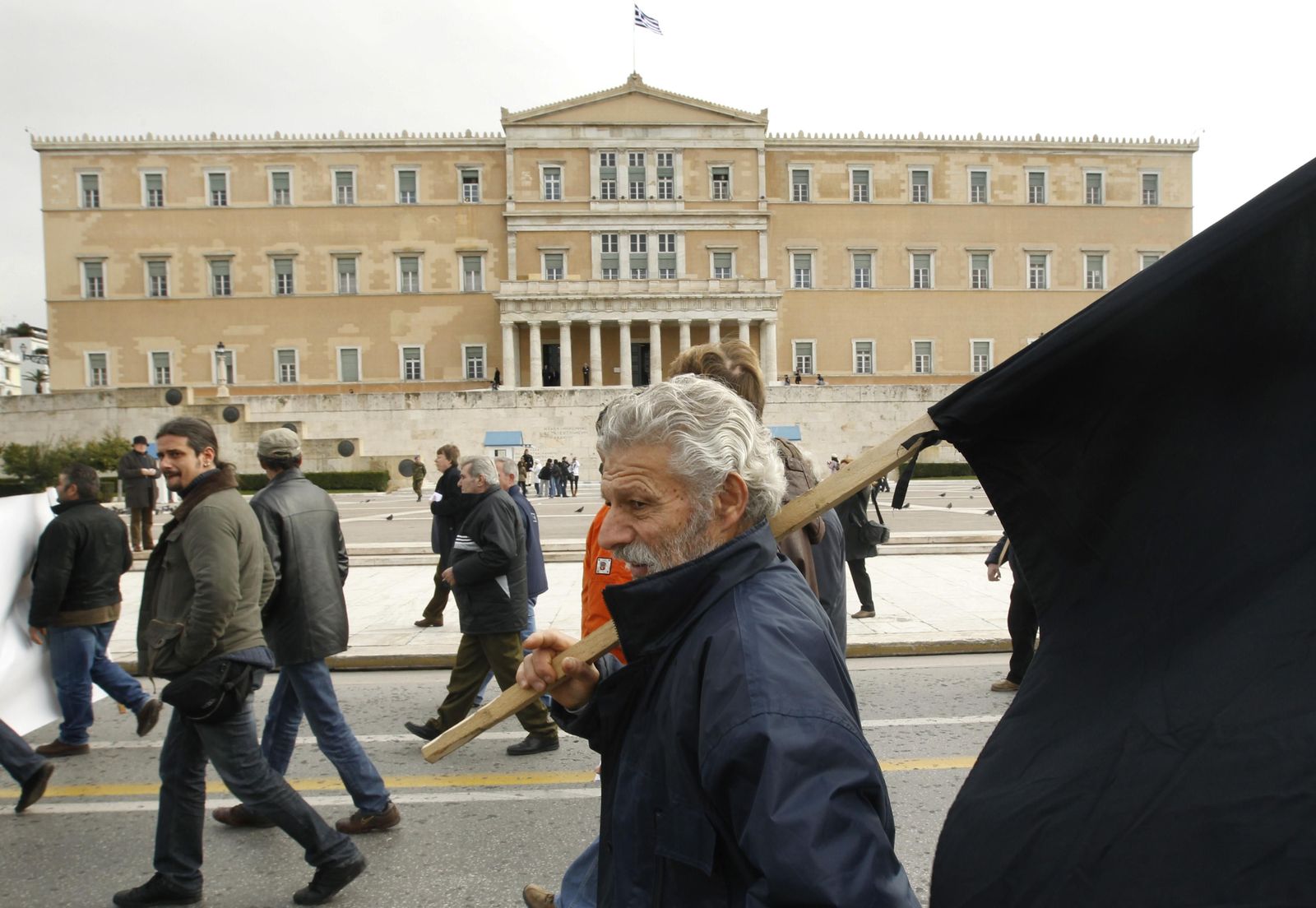 Greek farmers protest in front of the parliament in Athens on Jan. 25: Greece is desperately looking for a way out of its debt crisis.