It took a tall ladder and weeks of training, but an elephant at Amsterdam's Artis Zoo has become the first of her species in Europe to be fitted with a contact lens.

Win Thida, a 45-year-old Asian elephant, suffered a scratched cornea during a tussle with another elephant. Her eye started watering and she had trouble keeping it open, so the zoo called in veterinarian Anne-Marie Verbruggen.

Verbruggen had experience fitting horses with contacts, but it was her first attempt on an elephant.

"The main difficulty was her height," Verbruggen told the Irish Times. "Elephants can't lie down for long before their immense weight impairs their breathing, so I used a ladder to get close enough. It wasn't ideal, but it worked. She seemed happier straight away."

The elephant had to be anaesthetized in a standing position, and she and Verbruggen trained daily for weeks to prepare her for the operation. The procedure took less than an hour. Protected by the lens, the elephant's cornea should now be able to heal.

Win Thida was born in Burma and came to the Netherlands in 1989. She moved to the Artis Zoo in 2004, where she is the matriarch of the elephant herd. 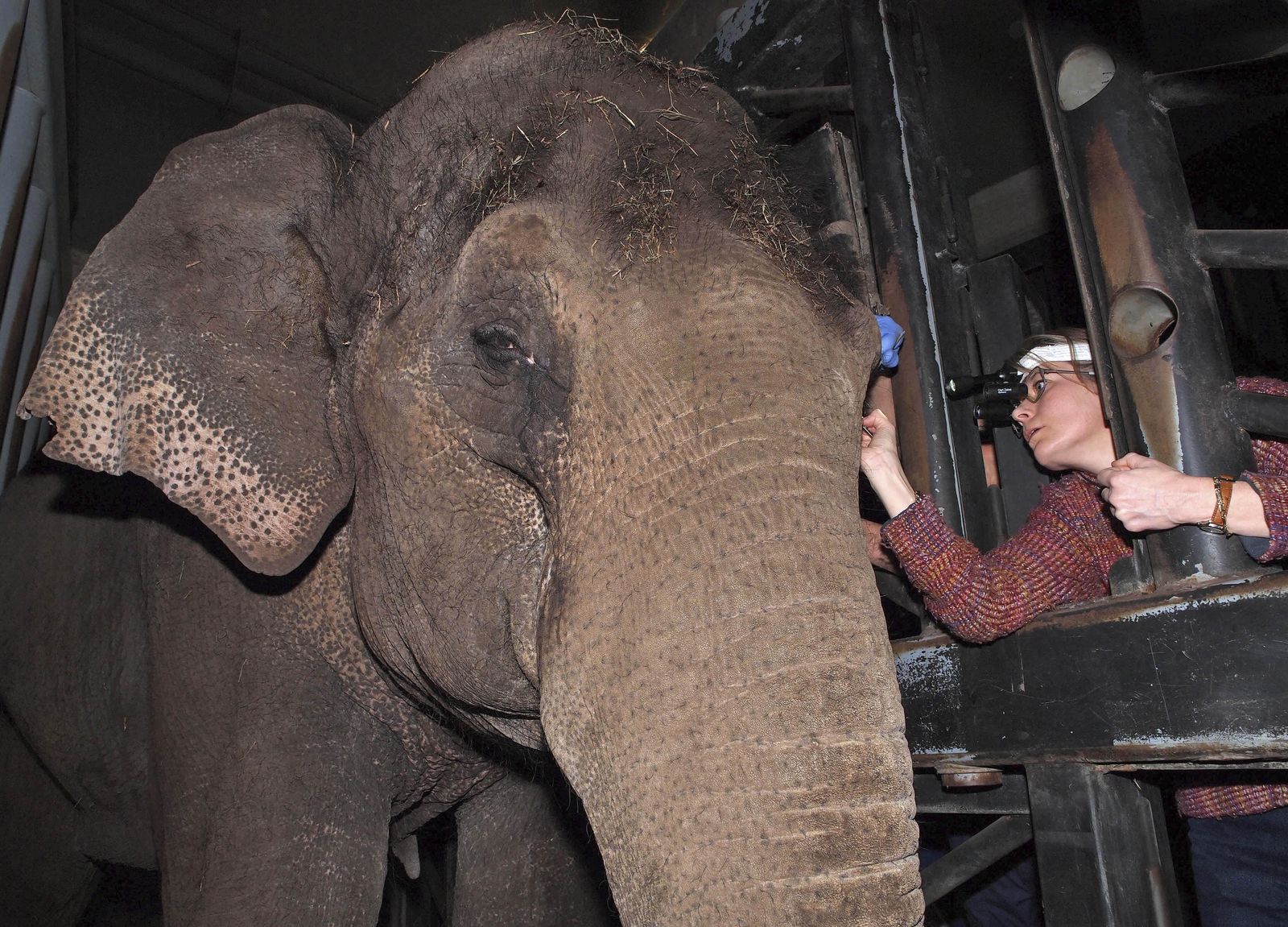 The vet who fit Win Thida had to practice the procedure with the elephant for weeks.