Calculated provocation is as close to Heinz-Christian Strache as the gel in his carefully groomed hair. Last week, the head of the Freedom Party of Austria (FPÖ) once again made use of this method with a bold analogy. Strache compared the purchase of government bonds by the European Central Bank to war financing. The FPÖ boss was obviously playing on the fact that Austria and Germany had paid for World War I largely with war bonds -- securities that were later worthless.

The euro rescue package was also nothing more than a mass compulsory purchase, Strache had railed: "Why do the Austrians, as well as the Germans or the Dutch, constantly have to pay for the bottomless pit of the southern European countries?"

Distrust towards states along the Mediterranean Sea is spreading, especially in the northern countries where stability has not been questioned by ratings agencies. The mood is being fueled by three right-wing populists who are targeting recession fears. Along with Strache, Timo Soini from the True Finns party and Dutchman Geert Wilders are trying to take advantage of the situation.

'We Work While They Drink Ouzo'

Anyone who cannot cope with the euro should withdraw from the currency union, vituperates Soini. His party managed 19 percent of the vote in April's election, after the debate over the bailout package for Portugal helped make the monetary union the top issue of the poll.

Some particularly cruel comments have emanated from right-wing populist Dutch politician Wilders. "We work while they eat souvlaki and drink ouzo," he said of the Greeks. Not a single cent would be seen again, the blond radical said, and the Greeks should be kicked out of the community.

Such sentiments are catching on. In recent years, the Dutch, Austrians and Finns have also undertaken efforts to make their economies more competitive. Some decided to avoid large wage increases, others to introduce more flexible working hours or to increase the retirement age. The countries are now doing relatively well and their people want to make no further sacrifices.

This means the mainstream parties can't afford to simply ignore the far-right. Instead they are adopting an increasingly harsh tone themselves.

In the future, no money would be sent abroad without first demanding security, Finnish Finance Minister Jutta Urpilainen recently promised. "Drastic action is the best medicine," her Dutch counterpart Jan Kees de Jager laid down as a new motto.

Hannes Androsch, 73, a former Austrian finance minister, fears that the right-wing populists like Strache, Wilders or Soini "could taste blood" over the euro crisis. "Europe's governments cannot just let this drift on," he warned. But astonishingly, the major donor countries set to carry the biggest burdens for other ailing EU economies have not produced similar figures.

"In Germany, there is a lack of personnel in the far-right scene," says Berlin political scientist Hans-Gerd Jaschke of the phenomenon. In addition, conservatives and liberals have incorporated populist approaches into their parties. And finally, the long shadow of National Socialism still hangs over the country, attaching a stigma to any right-wing populist ideology.

Even if Germany remains devoid of such influence, the debt crisis will still play a big role during the next election, Jaschke predicted. "The parties cannot get out of the way," he said. 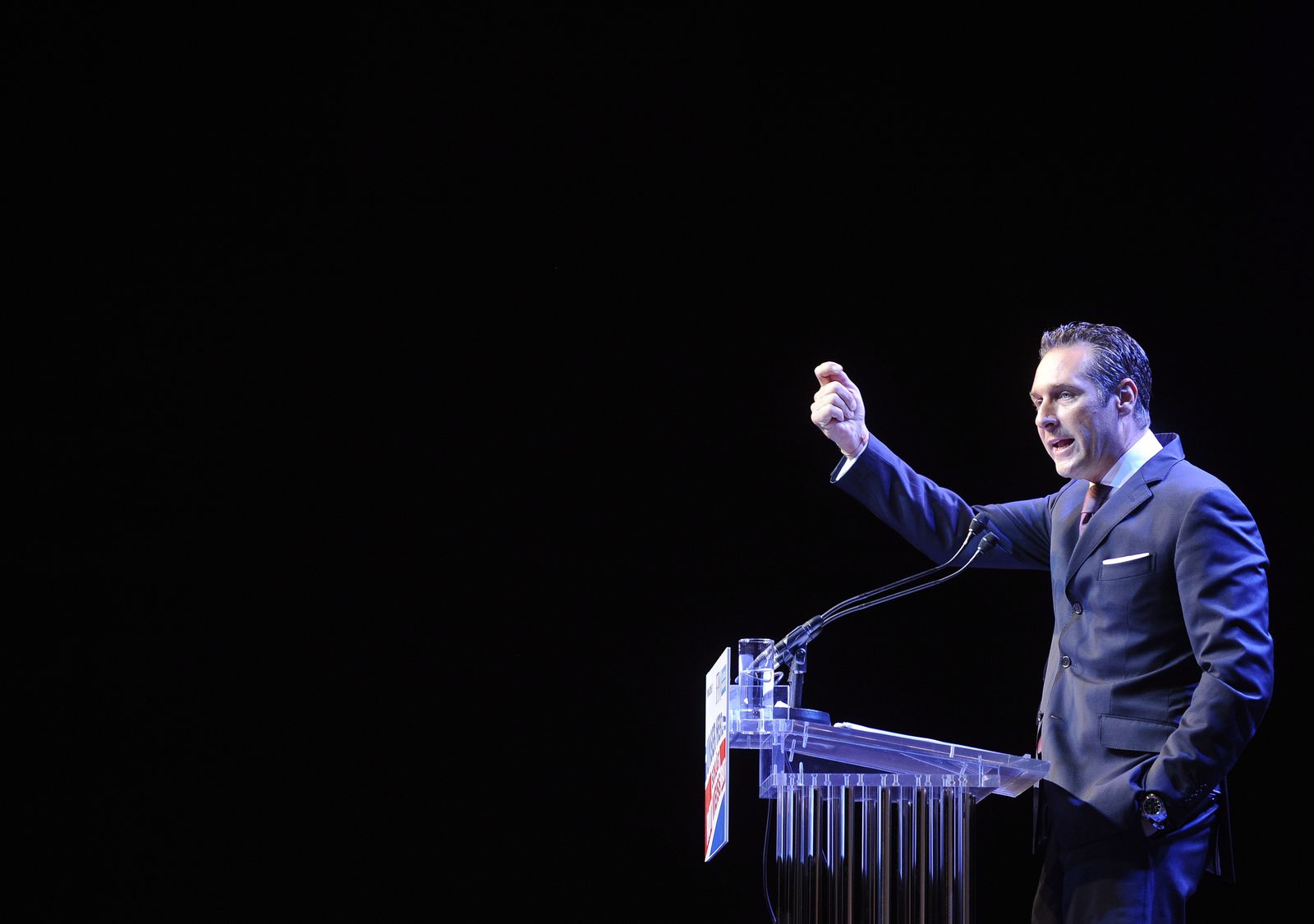 Heinz-Christian Strache during an FPÖ party convention in Graz on June 18.