The British government is trying to obstruct the establishment of a common EU foreign and security policy. The formation of an autonomous military headquarters failed last week after Britain alone resisted the move. The government of Conservative Prime Minister David Cameron has also been preventing the EU from issuing joint statements in international organizations.

London commissioned a legal report that cast doubt on the EU's role in many foreign policy issues. For example, when the EU ambassadors agreed to a common statement at the World Health Organization in Geneva, the British representative vetoed the move, saying the issue wasn't a matter of foreign policy but of health policy -- and therefore fell under national sovereignty.

The British have been using similar nit-picking arguments in other UN organizations and at the Organization for Security and Co-operation in Europe (OSCE) in Vienna, on issues such as peace missions and disarmament conferences.

Pierre Vimont, the Secretary General of the European External Action Service, has complained privately that London has blocked a total of 96 EU statements.

The foreign minister of Luxembourg, Jean Asselborn, described as schizophrenic the British rejection of joint consular services for all EU citizens, because that stance contradicted Britain's own demand for a "Europe for the people."

Cannot Be the Message

Tensions between Britain and other members of the EU have grown in the euro crisis.

Cameron has responded to growing euro-skeptic pressure in his Conservative party by pledging to claw back powers from Brussels and by resisting German calls for greater EU integration on fiscal policy to tackle sovereign debt problems.

Last month he criticized "grand plans and utopian visions" in the EU and called for an EU with "the flexibility of a network, not the rigidity of a bloc."

British commentators reacted angrily last month to criticism of Britain's role in the EU by a leading member of Chancellor Angela Merkel's Christian Democratic Union party. Volker Kauder, the powerful parliamentary group leader of the conserveatives, told the party's annual congress: "Just looking for their own advantage and not being prepared to contribute -- that cannot be the message we accept from the British."

In a remark that heightened fears in Britain and elsewhere in the EU of growing German domination of the continent in the euro crisis, Kauder said: "Suddenly Europe is speaking German" -- a reference to growing acceptance by European governments of the need for German-style budget discipline. 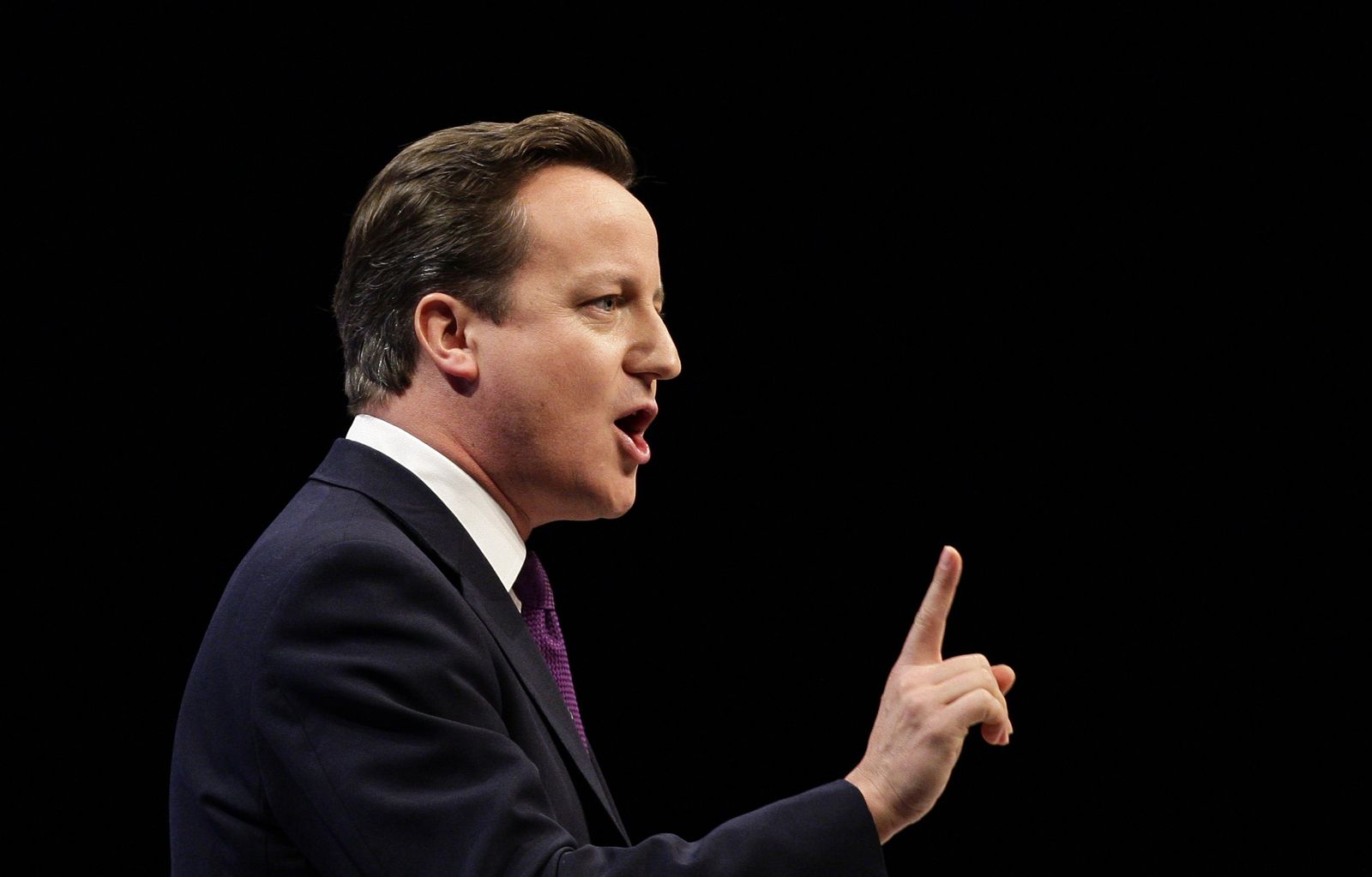 British Prime Minister David Cameron -- under pressure from euro-skeptics in his party.