A bomb blast on Thursday morning in front of two courthouses in central Athens damaged cars, shattered storefronts and rattled nerves but left no one injured.

The bomb, which was attached to a parked motor scooter, exploded during rush-hour traffic at 8:20 a.m. local time in front of two courthouses used for administrative purposes in the city's Ambelokipi district, according to the Associated Press.

The blast, which could be heard almost everywhere in this sprawling metropolis, damaged eight cars as well as the storefronts of nearby buildings. "The explosion was like an earthquake," Theodoros Ioannidis, who lives about 200 meters (650 feet) from the courthouse, told the German news agency DPA. "There was a deep boom and then our house was shaking," he told the news agency.

'We Got out of the the Building Fast'

Officials have confirmed that no one was hurt by the blast, thanks in large part to anonymous calls placed to a private television station and newspaper roughly 45 minutes before the blast. The caller provided details on exactly where the scooter was parked as well as its license plate number. Police responded quickly and evacuated the buildings. "We got out of the building fast," one eyewitness told DPA.

So far, no one has claimed responsibility for the attack, but many are attributing it to leftist violence, which has a history in Greece stretching back decades. Such violence picked up after a police killing of a teenage boy sparked riots in December 2008. In 2010, leftist violence left one police officer killed and a civil servant severely wounded.

In November, a series of parcel bomb attacks targeted embassies in Athens as well as foreign governments abroad, including the German Chancellery, the official office of Chancellor Angela Merkel in Berlin. A violent anarchist group calling itself the Conspiracy Nuclei of Fire claimed responsibility for the attacks. At least a dozen suspected members of the group are expected to face trial beginning January 17. 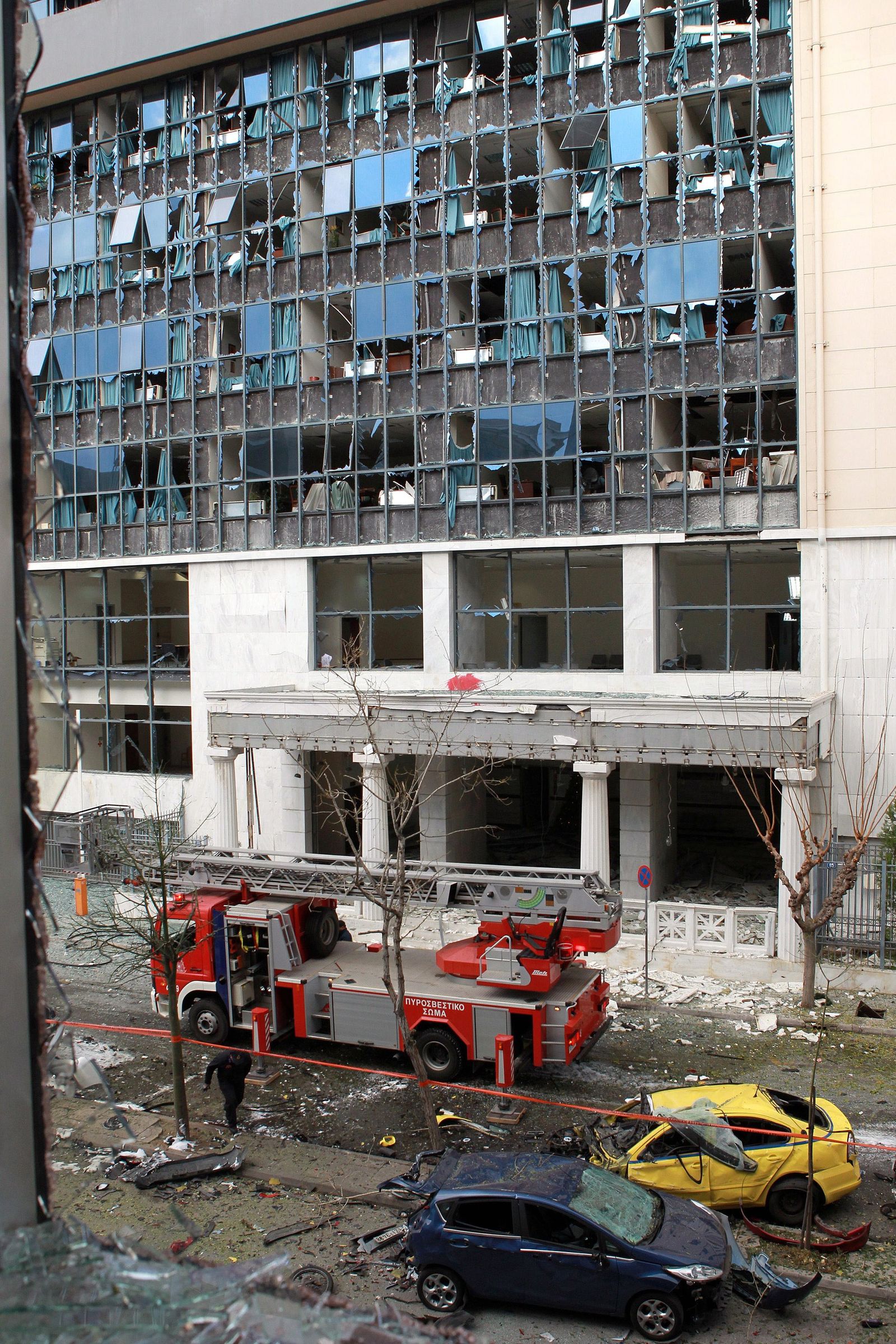