It has been a long time since Germany could be described as the "sick man of Europe." In terms of economic growth, Germany is now playing in a league of its own, compared to the other members of the euro zone. The country saw growth of 2.2 percent during the second quarter of 2010, compared to the first three months of the year -- more than any other major country in the monetary union.

For German Chancellor Angela Merkel and Finance Minister Wolfgang Schäuble, there is only one thing that worries them about the new development. Germany's new dynamism could revive an old debate which was only recently put to rest: Is Germany growing at the expense of its neighbors?

Statistically speaking, the answer is a clear no. On the contrary, Germany is boosting growth in the euro zone as a whole. Second-quarter growth in the 11 euro countries which have so far presented their figures totaled 1 percent. Without Germany, the other countries' growth would only have been half as high.

But people in France (which saw growth of 0.6 percent) and Austria (0.9 percent) have nothing to show from the statistical improvement. They only see the situation in their home countries. That raises the question of whether growth in their countries would have been higher if German growth wasn't so strong.

The debate, which French Finance Minister Christine Lagarde helped to spark with comments she made earlier this year, is based on a simple assumption: German companies have benefited from modest wage settlements and the expansion of the low-wage sector, which gives them a competitive advantage over companies in other euro-zone countries and allows them to steal business from them. In addition, the Germans do not do enough to stimulate domestic demand, meaning they do not buy enough products from neighboring countries.

Lagarde's arguments are not, however, convincing. A Mercedes or a BMW is still more expensive than a Renault or a Peugeot, despite wage restraint and German labor market reforms. But German cars still sell in China anyway, precisely because they are made by Mercedes or BMW.

The same is true for machine tools or special chemicals. In many industrial sectors, German companies are not actually competing with other European firms, because they are not even selling similar products. On the contrary, French, Spanish and Italian companies and their employees actually benefit when the German economy is doing well. If profits and incomes rise in Germany, German consumers import more goods from neighboring countries, and German companies order more parts for their own products.

While the German economy was picking up, imports also increased markedly. As a result, French companies were able to boost their German sales by almost 6 percent in the first six months of 2010, compared to the same period of the previous year. Spain managed an increase of 12 percent, while even ailing Greece saw its exports to Germany rise by 9 percent.

When Germans buy red wine, dates and cars from these countries, they help to secure incomes and employment there. If the German economy wasn't so strong, these countries would be doing much worse.

The unequal development could help to increase the centrifugal force in the monetary union, however. The reason is the euro zone's common monetary policy. Interest rates will soon be too low for rapidly growing Germany. With an eye to the stalled economies in southern Europe, however, the European Central Bank is likely to keep interest rates at a record low until well into next year.

The upswing in Germany will therefore be further boosted by the supply of cheap money, which in turn poses risks. If the economy is already doing well, a continuing glut of money will cause prices and wages to rise faster than in neighboring countries. That in turn will make Germany less competitive.

While that might constitute a challenge for German companies, it also offers an opportunity for other euro-zone members. After all, products from France or Spain will then be cheaper.

Such a situation has been seen once before in the history of the monetary union, except with the initial conditions reversed. Ten years ago, the countries on the periphery of the euro zone were booming, while Germany was limping along after them.

At that time, the German government and industry, through at times painful reforms, laid the foundations for an increase in German competitiveness. If the countries that are currently struggling were to follow their example, they would find themselves better off a few years down the road. The current situation shows that such reforms will certainly not hurt them. 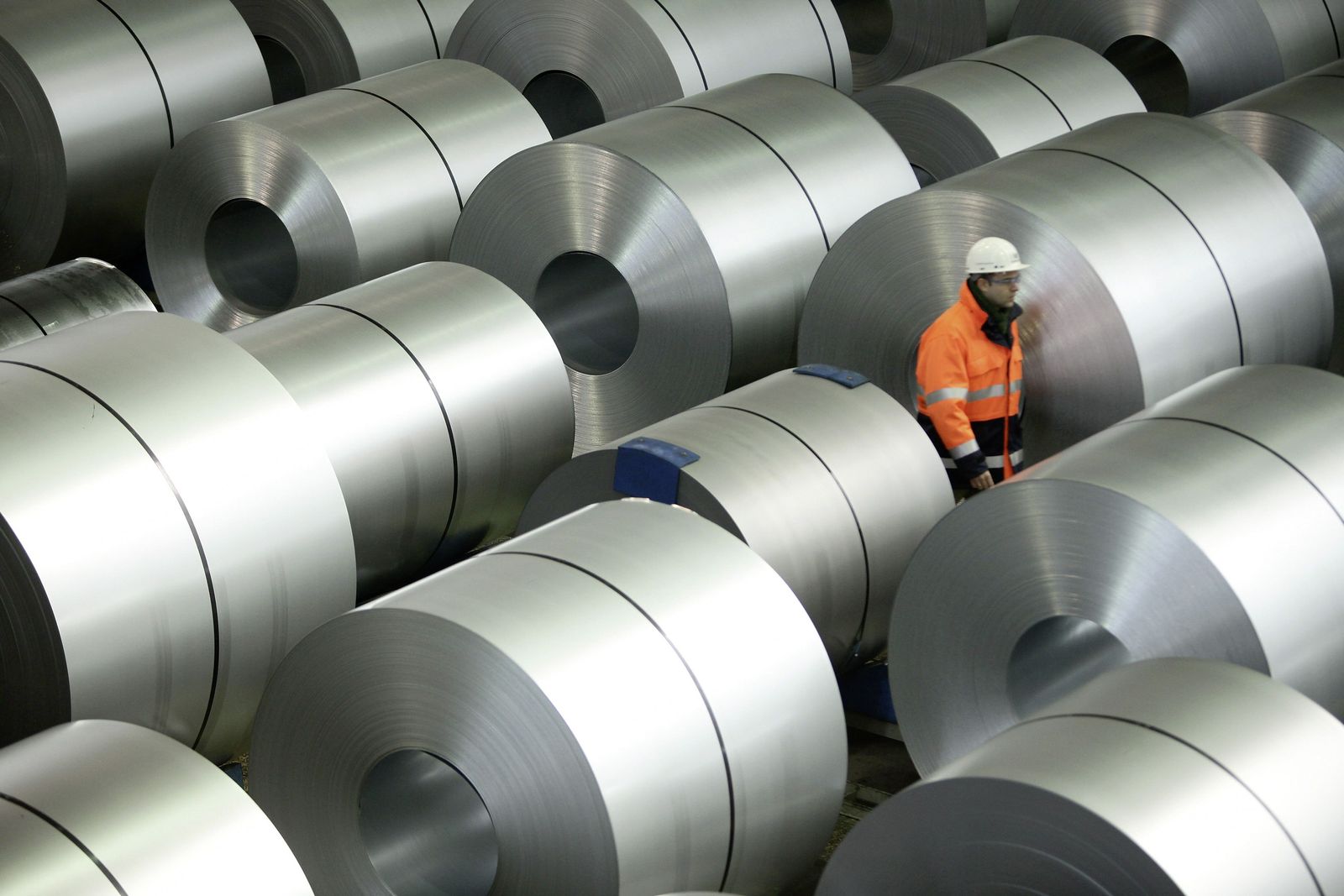 A steelworks in the German city of Duisburg: The German upswing is helping other euro zone countries.