This summer has been anything but fun for Queen Elizabeth II, with her sprawling family affairs refusing to disappear from the headlines. First, the monarch had to read that the Duke and the Duchess of Sussex, better known as Harry and Meghan, don't appear to be taking their roles as environmental activists seriously enough. In the span of only 11 days, the couple flew across Europe on private jets four times. After that, the news made the rounds of six-figure contributions to the royal family from a sketchy Hong Kong businessman.

The most serious, however, were reports that Prince Andrew, Elizabeth's second son, not only cultivated a precariously close friendship with recently deceased multimillionaire and sex offender Jeffrey Epstein, but also allowed himself to be introduced by Epstein to an underage girl. Buckingham Palace his vociferously denied the accusation.

An Autumn of Horror Looms

It's been quite some time since the 93-year-old monarch, who is currently staying at her Scottish country estate Balmoral, has had to deal with so much negative attention focused on her family. Yet even though the summer of displeasure still hasn't quite finished, an autumn of horror is already looming.

This time, it will be the queen herself who is at the center of a confrontation unlike any the United Kingdom has ever seen. Elizabeth has spent 67 years dutifully and successfully fulfilling her non-partisan role, only to now be dragged into the middle of a messy bout of political mud-wrestling. And Brexit -- surprise, surprise -- is to blame.

Boris Johnson, the prime minister chosen by fewer than 100,000 Conservative Party members, only slightly more than 0.1 percent of the British population, has announced that at the end of July, he will lead the UK out of the EU on Oct. 31, come what may and by any means necessary. Since this week, it has been clear that this will also include, if necessary, denting the throne of Elizabeth II, an act of political vandalism no prime minister has dared to commit before him.

On Wednesday morning, Johnson, paler than usual, announced he would ask the queen for permission to suspend the British parliament for five weeks -- a request that the largely powerless head of state agreed to.

Johnson says the step of proroguing parliament is necessary in order to work out a political agenda for the post-Brexit period in peace. By tradition, every new parliamentary session is opened with the pompously staged "Queen's Speech," the government program presented by the monarch. But the House of Commons generally interrupts its work for several days, not for five weeks.

A Wave of Outrage

With his democratically questionable act of arbitrariness, Johnson appears to be pursuing a primary goal: He wants to ensure that elected members of the House of Commons have very little time to try to prevent his government from carrying out Brexit, even if it ultimately does so without an agreement with the EU, a so-called no-deal scenario.

Within minutes of Johnson's announcement on Wednesday, a wave of outrage swept across the country. Several public figures, including former Prime Minister John Major, announced hasty legal challenges, and a petition aimed at stopping Johnson was signed by more than a million British people within hours.

In London and several other cities, hectic planning began for large-scale protests and all manner of civil disobedience. Members of Johnson's own Conservative Party threatened to create an exile parliament if government actually goes through with its plans to prorogue the legislative body. The opposition even brought the notion of a general strike into play.

But the anger of the masses isn't being directed solely at the man in Downing Street. One of the last taboos for many Brits has also been broken: blatant criticism of the queen. "The. Queen. Did. Not. Save. Us," tweeted Labour Party politician Kate Osamor, and hinted at the abolition of the monarchy. Her party leader Jeremy Corbyn asked the queen in writing for a personal meeting to protest against Johnson's coup. Jo Swinson, the head of the EU-friendly Liberal Democrats, also wrote to the queen asking for an "urgent meeting."

After three years of the country beating itself up in the Brexit debate, Johnson is now leading Britain into the last round of the ordeal -- an unprecedented showdown between the executive, the legislative and the judiciary, which, incidentally, threatens to damage the last intact pillar of the United Kingdom: its queen.

It's impossible to predict what will ensue in the coming weeks -- aside from chaos.

But there is much to suggest Johnson wants precisely that, and at any cost, in order to deliver the main promise he made to become British prime minister -- to lead his country out of the EU on Oct. 31, with or without an agreement. After the G-7 summit in Biarritz, Johnson may have praised the EU's willingness to compromise, he may have put the chances of no deal at "one in a million," and the majority of Brits and their elected representatives may be against leaving the EU without a deal, but no one in the betting crazy UK is now likely to bet on there being any agreement between London and Brussels in the end.

The opposition was caught completely off guard by Johnson's sudden move. On Tuesday, Labour Party boss Jeremy Corbyn had gathered together the leaders of smaller parties to discuss plans to stop a no-deal scenario from happening. But the group chose to reject the strongest instrument available to it -- a no confidence vote against Johnson. Why? Because if such a vote were to succeed, the divided opposition likely wouldn't be able to agree on a candidate to replace him.

Instead, Corbyn and others have announced that they will seek legislation to prevent the government from moving forward with hard Brexit. It won't be an easy undertaking, though, because the government sets the agenda for legislative acts in parliament.

In order to vote on legislation to prevent a no-deal Brexit, the opposition would, for example, have to wrest control over the agenda from Johnson for a day. They managed to do that twice under former Prime Minister Theresa May. But even if they managed to do so this time, there is no guarantee that such a law would pass in the House of Commons, where the conservative government still has a single-vote majority.

Nonetheless, concerted action on the part of the opposition still presents a great risk to Johnson, who in Biarritz played down the situation, saying Britain could "easily cope with a no-deal scenario." His closest advisers believe the only thing that could still prevent him from completing Brexit on Oct. 31 would be a law signed by the queen. The less time that is available for such legislation to take shape, the greater Johnson's chances are of success.

Fewer than 24 hours after the opposition meeting, he thus announced his intention to go to the queen and make his request to suspend parliament, knowing full well that she has little room for maneuver in such cases. Johnson's plan now calls for parliament to carry on "business as usual" for a maximum of seven days starting on Tuesday before adjourning until Oct. 14, when the "Queen's Speech" is to be given, two weeks before the Brexit deadline. He said this would give parliamentarians "ample time" to debate any Brexit plan he has negotiated with Brussels by then.

Speaker of the House of Commons John Bercow described the development as a "constitutional outrage," and the hopes of many supporters of the EU in Britain now rest on his spirit of resistance and inventiveness. An "emergency debate" is now slated to be held in parliament next week. There are usually no legally binding votes at the end of such debates, but many believe Bercow will allow them this time to facilitate emergency legislation against Johnson. Within the government, though, sources say that if that legislation is passed, the government may not request the queen's mandatory signature. It would be an extraordinary affront to the royal house, but parliament would be largely powerless to do anything about it.

As a last resort, members of parliament would then only be left with a vote of no confidence. So far, opposition leader Corbyn has shied away from such a step because he has doubts that he would be able to attract enough Tory rebels to his side. But the situation has shifted since Wednesday. Some Conservatives in parliament, including former Attorney General Dominic Grieve, have responded coolly to Johnson's move, saying the time may come very soon when they join forces with the opposition to topple the government.

The only problem is that this may be precisely what Boris Johnson is after. The 55-year-old did his legal homework several weeks ago, with quite astonishing results. Under current law, after a successful vote of no confidence, any member of parliament can attempt within 14 days to cobble together a government majority in order to be officially appointed by the queen as the new prime minister. Amazingly, however, the law does not forbid a prime minister who has been voted out from refusing to resign. From all appearances, that is precisely Johnson's plan.

It appears that Johnson is unabashedly betting that the opposition won't be able to find an interim candidate for prime minister in the time available to it. And that even if it does, the queen will follow his advice and not formally appoint the opposing candidate, meaning Johnson would remain in office until new elections. He could then set the date for snap elections himself -- in November. Brexit will have happened by then and Johnson could campaign on that success as he seeks to be elected.

There's almost nothing and nobody who can prevent him from doing so. Except Queen Elizabeth II, who would be forced to make one of the most far-reaching political decisions for her country since World War II. And whatever she does: Some of her subjects will hate her for it.

'An Abuse of Her Majesty'

Anna Soubry, a former Tory colleague of Johnson's before she bolted the party, railed that the prime minister "abuses our queen." And Soubry announced that she and her colleagues in parliament would use "whatever mechanism possible" to outmaneuver the gambler inside 10 Downing Street.

Constitutional expert Vernon Bogdanor recently made it clear in the Times of London that even if Johnson were to actually go through with this daring plan, the madness still wouldn't be over. Johnson's actions might be legal, he said. But it would be just as legal for a parliament newly elected in November to declare the Oct. 31 date of Britain's withdrawal from the EU as null and void, with retroactive effect -- provided, of course, the EU went along with it.

The tumult is unlikely to go away quickly. Meanwhile, in a castle located in the kingdom's far north sits an elderly lady who had a premonition of the current situation long ago. That, at least, is suggested by a quote from Queen Elizabeth that was recently leaked to the Times, words she reportedly uttered a short time after the Brexit referendum. The current political class, she lamented at the time, is characterized by its "inability to govern." 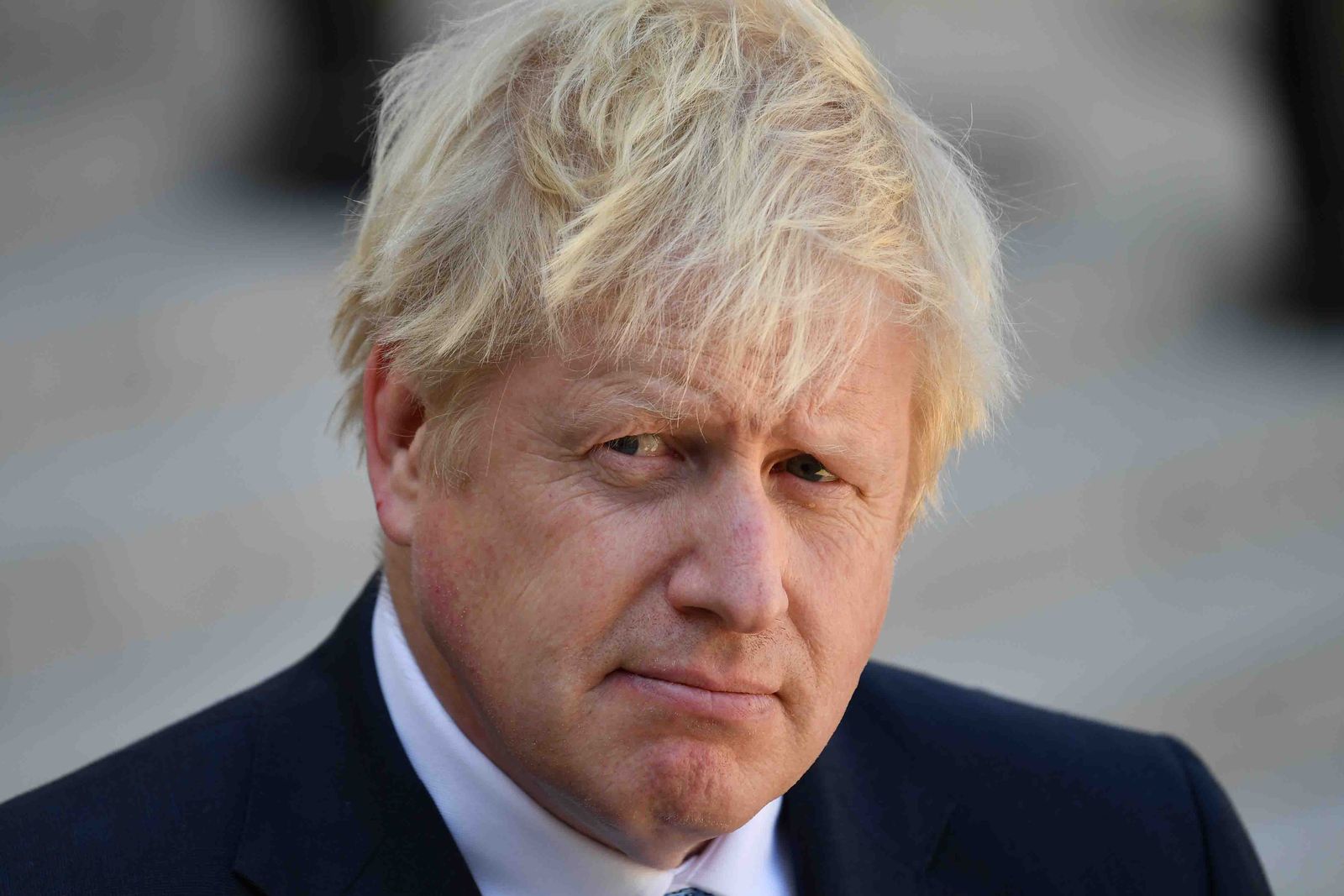 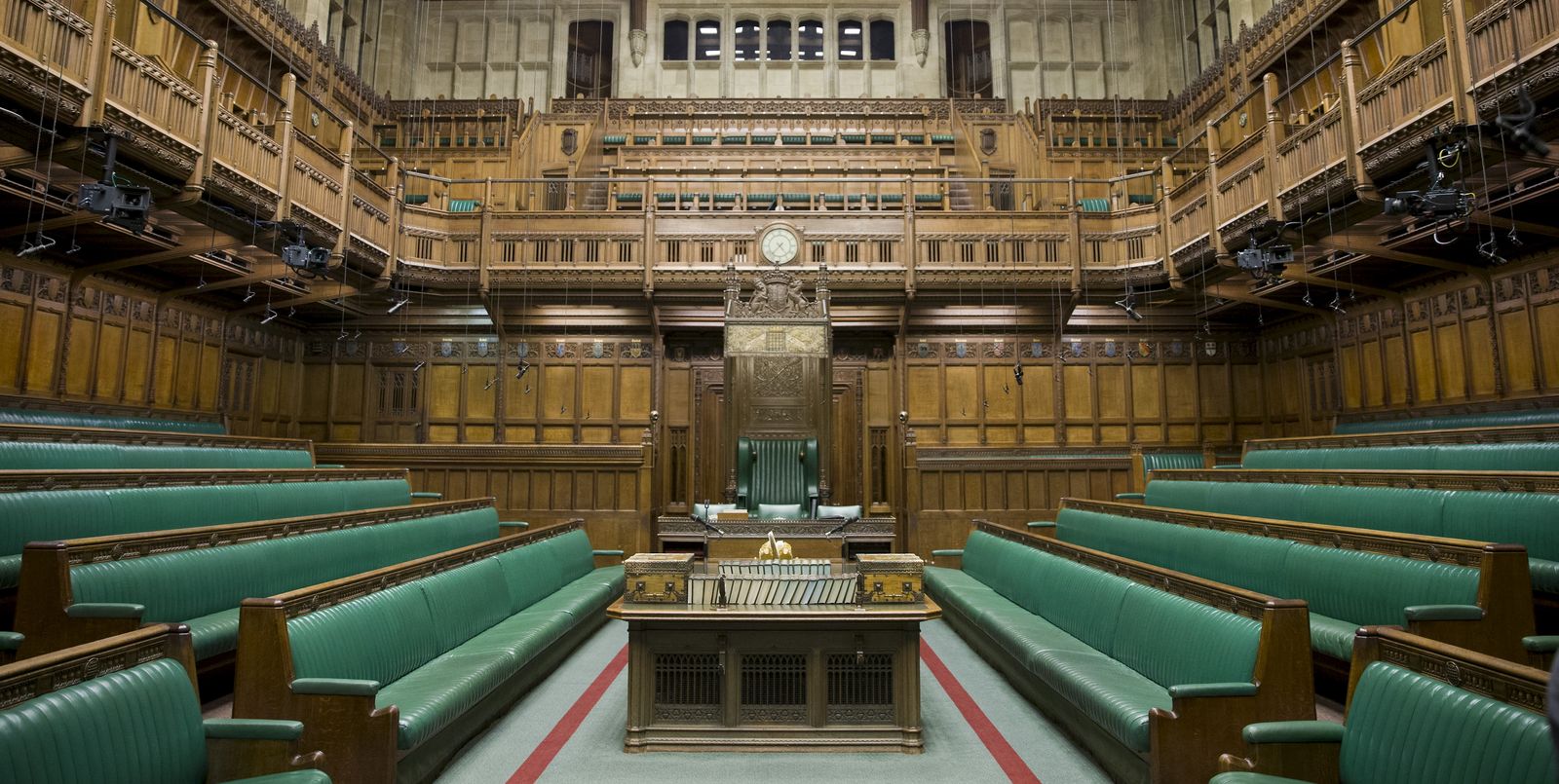 No one quite knows what the next several weeks hold for Britain.