After agreeing to a last-minute change regarding the terms of how Germany would pay money into the new permanent bailout fund for the euro, European Union leaders on Thursday reached a final agreement on the plan that they hope will eliminate speculation over the future of the common currency.

Originally, the plan had been for Germany to provide half that cash, around €10 billion in German taxpayer money, by 2013. That, at least, was the deal that had been negotiated between German Finance Minister Wolfgang Schäuble of the conservative Christian Democratic Union (CDU) and his European colleagues. But 2013 is also a federal election year in Germany, and the conservatives -- together with their government coalition partner, the business-friendly Free Democratic Party (FDP) -- would prefer to lower taxes that year rather then transfer money to the euro rescue fund. On Thursday, German Chancellor Angela Merkel (CDU) pushed through a compromise that would see Germany paying into the fund in five equal installments that would begin in 2013 and be spread out over several years rather than in one lump payment.

In addition to the permanent euro crisis fund starting in 2013, Thursday's deal includes stricter debt rules to ensure the stability of the euro and a pact aimed at strengthening fiscal coordination among EU countries.

The European summit, which continues on Friday, had been billed as the final major summit to seal a long term rescue plan for the euro. A year after Greece's de facto bankruptcy -- leading to 12 months that saw the common currency fighting for survival -- the message from Brussels was: The euro will not spiral into another existential crisis. The euro has been saved for good.

But by the time the 27 European leaders arrived in Brussels on Thursday, global developments had begun to overshadow the euro -- in particular the war in Libya and the debate on the future of nuclear power in the wake of the Fukushima disaster in Japan.

Germany was not a beneficiary of the change in focus. EU irritation with Berlin over its recent foreign and domestic policy appeared to be as great in Brussels as it is back home. Other EU leaders are finding it difficult to understand why Germany, a country that profits directly from globalization as the world's second-largest exporter, can so consistently shirk its political responsibility when it comes to dealing with crises around the world.

The latest demonstration of this tendency was Germany's decision a week ago to abstain from a United Nations Security Council vote on creating a no-fly zone in Libya. The fact that Merkel's government made a 180-degree about-face on its nuclear energy policies in the wake of Fukushima also harmed Germany's credibility in other European capitals.

Particularly in Paris. Merkel managed a thin smile when she greeted French President Nicolas Sarkozy on Thursday in Brussels. But both Merkel's Libya stance and her nuclear policies have put her at odds with the French president, an ardent supporter of nuclear power and the main initiator of the military strikes on Tripoli.

Nevertheless, in addition to her successful last-minute change on how Germany will pay into the euro rescue fund, Merkel's nuclear policies likewise found some suuccess. EU countries are likely to reach an agreement on a "stress test" for the 143 nuclear power plants located in the 27 EU member states. Under the plan, common criteria for the tests would be determined at the European level. The safety inspections, however, would fall under the authority of regulators at the national level.

The agreements on nuclear stress tests and a permanent euro crisis fund, however, threatened to be overshadowed by problems with the three countries that are creating the greatest uncertainty about the euro: Portugal, Ireland and Greece.

A Triple Crisis in Lisbon, Dublin and Athens

Since Wednesday night, Portugal has been operating without a functioning government. After Prime Minister Jose Socrates was unable to win the approval of a majority in parliament for the country's fourth austerity package in the past year, he resigned. Socrates, a member of Portugal's Socialist Party, is present in Brussels and was even given warm words of encouragement for his austerity efforts by Merkel. Still, he is a prime minister without a mandate -- a fact that is likely to exacerbate his country's financial problems.

Nevertheless, Lisbon remains committed to solving its financial woes without making use of EU aid. Pedro Passos Coelho, the head of the conservative Social Democratic Party -- who polls suggest could become the next Portuguese prime minister -- has said he is against taking advantage of the stability fund. And the German delegation in Brussels is carefully choosing its language in order to avoid the impression that Berlin is pushing Lisbon to seek assistance.

Conflict continues between the EU and Ireland, with Dublin continuing to insist that the 6 percent interest rate charged on EU aid money is too high. Interest payments, say Irish leaders, could ultimately drive the country into bankruptcy -- exactly the opposite of the intended goal. In exchange, however, EU leaders are pressuring the new government of Prime Minister Enda Kenny to raise its corporate tax rate -- a request that is deeply unpopular in Ireland. Despite the dispute, Dublin refrained from blocking the permanent euro stability mechanism deal.

Greece, for its part, has already secured more favorable terms for its EU loans. The country is now paying 4 percent interest on the billions in aid it has received. Nevertheless, tax revenues are shrinking -- by close to 10 percent in January and February -- and it will be extremely difficult for the government to continue to operate without even further austerity measures. Many expect that Greece will ultimately have to restructure its debts.

Risk premiums on bonds from all three countries have risen rapidly in recent days as a result of the turbulence.

In addition to the tightened stability pact, the euro-zone member states also agreed to a "pact for competitiveness" that will establish a watered-down version of an economic government, with the partial harmonization of fiscal policy among euro-zone countries. Under the plan, EU leaders will agree to common targets each year that must then be implemented through structural reforms at the national level. In addition to the euro-zone countries, other EU countries -- including Poland, Bulgaria, Denmark and Romania -- want to be part of the pact.

The provisional euro rescue fund that will continue through 2012 has also been expanded. Currently, the fund is only able to pay out €250 billion in order to ensure that it is able to maintain the highest-possible credit rating. But euro-zone countries, including Germany, will now put additional cash and guarantees into the fund to ensure that up to €440 billion in lending will be available to troubled euro-zone countries. 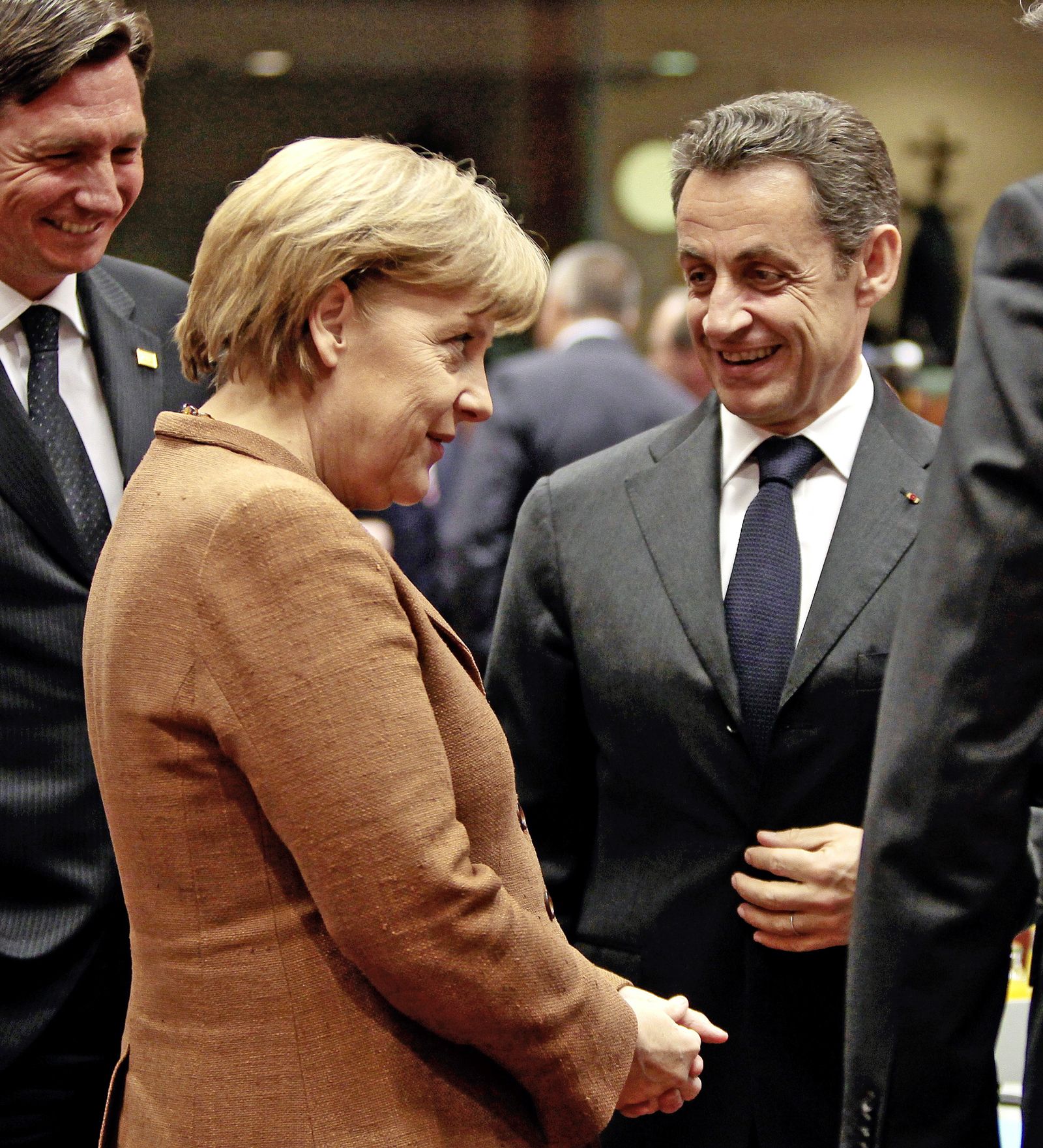