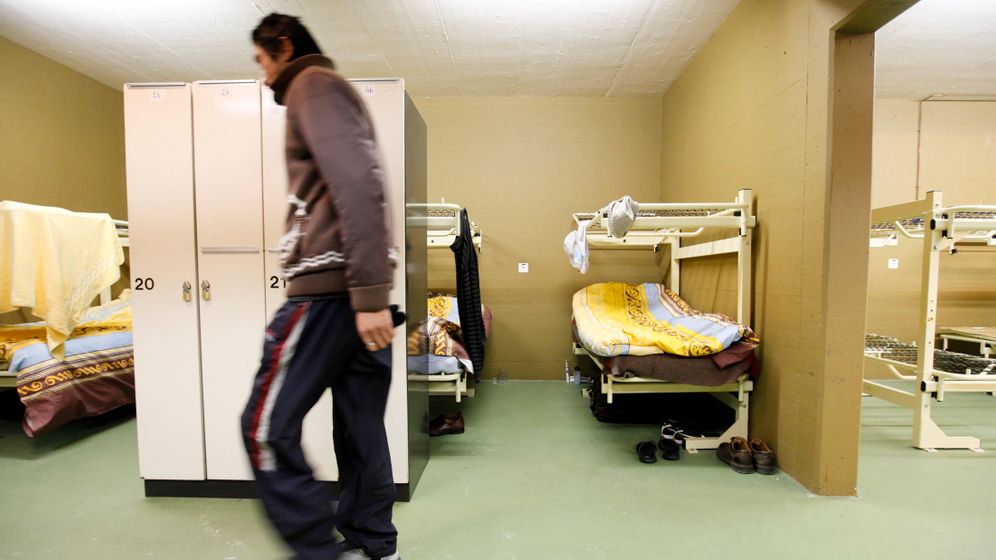 In a move described by the Swiss Refugee Council as "indefensible in both legal and humanitarian terms," the town of Bremgarten in the Swiss canton of Aargau has introduced several "exclusion zones" for asylum seekers, including public swimming pools and sports facilities.

The restrictions were imposed after a home for some 150 asylum seekers opened in former military barracks in Bremgarten earlier this week. Over 20 refugees from countries including Eritrea, Tibet and Sudan moved in, only to find their freedom of movement severely curtailed.

Swiss policy on asylum seekers has been criticized before, with bodies such as the United Nations refugee agency (UNHCR) expressing alarm at its increasingly draconian tenor. In June, a vote on tightening asylum law in Switzerland attracted support of 78.5 percent.

The introduction of exclusion zones in Bremgarten has now brought the issue to the attention of a wider public. Swiss authorities recently presented a proposed revision of the country's asylum legislation, aimed at cutting the time needed to process requests and ensuring that refugees spend no more than eight weeks housed in national centers.

While local communities do not necessarily get to approve the opening of these centers, they can co-decide the conditions of the asylum seekers' stay -- as was the case in Bremgarten.

"We are Not Inhuman"

The agreement between the Swiss Office for Migration (BfM) and Bremgarten is six pages long. "The town of Bremgarten requests that access to schoolyards and sports grounds is not permitted without approval from the relevant authority," is one of the conditions, reports the daily Tagesanzeiger.

The agreement is signed by a member of the BfM staff and Raymond Tellenbach, the mayor of Bremgarten. According to the Tagesanzeiger, 32 "sensitive" zones are listed, including the public swimming pool, daycare centers, church squares, community hall, casino and retirement home.

The BfM insists these are not "exclusion zones" and that fewer places are out of bounds than has been reported. Only school grounds and sports facilities are closed to unaccompanied asylum seekers, it states.

On Thursday evening, the BfM responded to a SPIEGEL ONLINE query by saying that even unaccompanied visits are possible provided they have been approved by both the management of an asylum seeker shelter and by the municipality.

The point, says BfM head Mario Gattiker, is to prevent "50 asylum seekers visiting a football pitch or a swimming poool all at once," which apparently would lead to "friction and resentment." The rules are designed "to accommodate public concern," he added.

"For security reasons, we decided to make these areas inaccessible in order to avert potential conflict and primarily to prevent the consumption of drugs," says Raymond Tellenbach. "We are not inhuman."

How Will it Work in Practice?

While the legality of such a ban is moot, Swiss police are resorting to clearing areas of "disruptive persons" with increasing frequency, reports the Neue Zürcher Zeitung, be they panhandlers, hooligans, drug addicts -- or indeed asylum seekers. These preventitive measures, says the paper, are becoming a normal occurance.

Nor is Bremgarten the first town to introduce exclusion zones. In Eigenthal in Lucerne, for example, refugees were barred access to school yards in 2012 while authorities also considered banning asylum seekers from restaurants, according to the Neue Zürcher Zeitung.

The daily newspaper also cited the example of Nottwil, Lucerne, where asylum seekers could only visit the local swimming pool if they registered and were accompanied. The creation of exclusion zones "proved useful and never caused any problems," said a local source.

Another center is set to open next week in Alpnach in the canton of Obwalden. Here too, authorities are planning to bar asylum seekers from a retirement home, a nearby neighborhood and even a local forest.